Donald Trump reacts to Clinton campaign, DNC fines: 'Corruption is only beginning to be revealed'

Trump called the Steele Dossier "a Hoax funded by the DNC and the Clinton Campaign."

Former President Donald Trump celebrated the news that Hillary Clinton's 2016 presidential campaign and the Democratic National Committee face Federal Elections Commission fines for disguising Steele dossier payments through a law firm, saying "this corruption is only beginning to be revealed."

Trump relayed his statement through spokesperson Liz Harrington on Wednesday.

"Just out that the 2016 Clinton Campaign and the DNC paid the FEC today for violating the law by failing to disclose that their payments for 'legal advice and services' to law firm Perkins Coie was, in fact, a guise to hire numerous companies, all of whom are now named Defendants in my lawsuit, to try and take down and illegally destroy your favorite President, me," he wrote.

The former president filed a lawsuit last week against former Secretary of State Hillary Clinton, the DNC, Perkins Coie law firm, prominent Democrats and others. The case claims, "Acting in concert, the Defendants maliciously conspired to weave a false narrative that their Republican opponent, Donald J. Trump, was colluding with a hostile foreign sovereignty."

In his statement Wednesday, Trump said, "This was done to create, as I have stated many times, and is now confirmed, a Hoax funded by the DNC and the Clinton Campaign."

The FEC found that the DNC and Clinton's failed 2016 presidential campaign paid more than $1 million through Perkins Coie to Fusion GPS, the opposition research group that produced the Steele dossier.

"This corruption is only beginning to be revealed, is un-American, and must never be allowed to happen again," Trump said. "Where do I go to get my reputation back?" 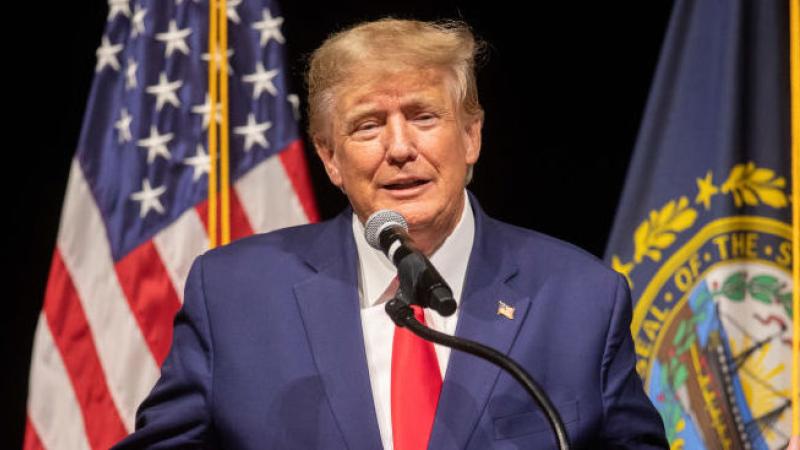