Johnson shared a letter from a constituent who said his wife benefitted by taking Ivermectin while ill with COVID-19.

Sen. Ron Johnson's name was invoked on Monday's episode of The Late Show with Stephen Colbert during a segment in which Jon Stewart indicated that he thinks the COVID-19 pandemic emerged from a lab in Wuhan, China.

"I think we owe a great debt of gratitude to science. Science has in many ways helped ease the suffering of this pandemic, which was more than likely caused by science," Stewart said. "There's a novel respiratory coronavirus overtaking Wuhan, China, what do we do? Oh, you know who we could ask? The Wuhan novel respiratory coronavirus lab. The disease is the same name as the lab." The Wuhan Institute of Virology is located in Wuhan, China.

During the segment Colbert invoked the name of Republican Sen. Ron Johnson of Wisconsin: "And how long have you worked for Senator Ron Johnson?" Colbert asked.

"This is not a conspiracy," Stewart said.

Johnson tweeted on Tuesday that he enjoyed the pair's discussion on the show and the lawmaker shared a letter from a constituent who had written to say that Ivermectin greatly helped his wife who had suffered significantly with COVID-19.

"@jonstewart @StephenAtHome enjoyed your Late Show Wuhan virus discussion. Since I was mentioned, let me share this email I got from a constituent. Open minds can save lives," Johnson tweeted.

"I am writing today to thank you for your leadership in Wisconsin as it relates to COVID and alternative treatments. My wife and I watched Dr. Pierre Kory testify before the Senate Committee about ivermectin, Dec. 8, 2020, and we were utterly dumbfounded that this treatment was not readily available as treatment and prevention to the general public," the constituent wrote.

The letter explained that the woman later became ill with COVID-19 in May and suffered significant symptoms.

"Her case was quite severe; she will report that she has never experienced the severity of headaches and body aches in her lifetime as well as severe nausea and high temperatures," the letter noted. "As the days progressed, she grew so weak that she was not able to walk without assistance."

"As her symptoms worsened, I remembered the hearing you hosted and Dr. Kory. Through your leadership on this issue, I was finally able to connect with a Green Bay doctor that provided my wife real treatment — Ivermectin and other support prescriptions. Within an hour of taking Ivermectin, her headaches were gone," the person told Johnson.

.@jonstewart @StephenAtHome enjoyed your Late Show Wuhan virus discussion. Since I was mentioned, let me share this email I got from a constituent. Open minds can save lives. pic.twitter.com/yxR898BSqf— Senator Ron Johnson (@SenRonJohnson) June 15, 2021 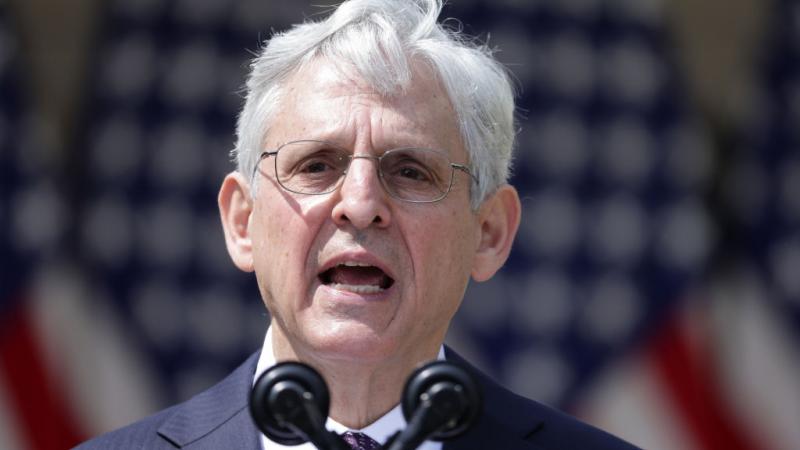 Sens. Johnson and Grassley press AG Garland about whether Susan Hennessy has a role in Durham probe