"It is essential that we speak. .. Keep your cell phone on," infectious disease chief told colleague.

U.S. infectious disease chief Anthony Fauci made an urgent inquiry about controversial gain-of-function research in February 2020 as the coronavirus was beginning its deadly spread from China across the world, according to official government emails forced into public view this week.

The emails obtained under the Freedom of Information Act by The Washington Post and Buzzfeed News are likely to add new evidence to the growing debate over whether the Wuhan Institute of Virology near the epicenter of the pandemic was engaged in gain-of-function research that made the coronavirus more infectious to human and whether the pandemic started with an accident in the Chinese lab.

The emails obtained by Buzzfeed include one dated Feb. 1, 2020 in which Fauci appears to make an urgent request to his top deputy Hugh Auchincloss, the principal deputy director of the National Institute of Allergy and Infectious Diseases that Fauci has led for decades.

"It is essential that we speak this AM," Fauci wrote. "Keep your cell phone on. ... Read this paper as well as the e-mail that I will forward to you now."

"You will have tasks today that must be done," Fauci added.

Fauci's email came several hours after he received a message from Kristian Andersen, an immunology professor at Scripps Research Institute, in which Andersen relayed assessments from both himself and several of his colleagues that the SARS-Cov-2 virus looked "potentially" engineered.

Andersen and several of his colleagues “all find the genome inconsistent with expectations from evolutionary theory,” Andersen wrote to Fauci, while acknowledging that there was “still further analyses to be done” on the matter before a determination could be made. (Several weeks later, Andersen and several researchers would claim in a research paper that SARS-Cov-2 is "not a laboratory construct or a purposefully manipulated virus").

The paper to which Fauci refers in his email to Auchincloss was not available in the FOIA data dump, but the attachment was visibly titled "Baric, Shi et al — Nature medicine - SARS Gain of Function." The title appears to be a reference to Ralph Baric and Shi Zhengli, two coronavirus scientists who have figured prominently in suspicions that the Wuhan lab may have played a role in the pandemic.

The Chinese and many researchers insist the COVID-19 virus evolved natural from the wild and not from the Wuhan lab, but the Biden administration acknowledged in recent weeks there is growing evidence an accident or leak from the lab may have started the pandemic.

In an immediately subsequent email on Feb. 1, 2020, Fauci forwarded Auchincloss a Jan. 31 article from Science magazine, one that detailed scientific efforts at "mining coronavirus genomes for clues to the outbreak’s origins."

That article touched in part on then-nascent claims that the Wuhan Institute of Virology, a major Chinese coronavirus lab, may have played a role in the launch of the pandemic. The article dismissed such concerns as "conspiracy theories," though in recent months the possibility of a lab-leak origin of COVID-19 has received endorsement even from President Joe Biden.

In an email from later on Feb. 1, 2020, Auchincloss alluded to the content of the paper Fauci sent him, implying that the paper addressed "gain-of-function" experiments in some form.

"The paper you sent me says the experiments were performed before the gain of function pause but have since been reviewed and approved by NIH," he wrote.

"Not sure what that means since Emily is sure that no Coronavirus work has gone through the P3 framework," he adds. "She will try to determine if we have any distant ties to this work abroad."

Neither Fauci nor Auchincloss responded to queries from Just the News seeking more clarity on the email exchange, including what paper Fauci shared with Auchincloss and what followup "tasks" were expected as the pandemic gained momentum.

"Gain-of-function" experiments are those conducted by virologists in which a virus is altered to increase its pathogenicity and/or infectiousness; the research is meant to study the potential for viruses to infect human cells and possibly lead to worldwide pandemics such as that caused by COVID-19.

Fauci's NIAID was for years a major funder of coronavirus experiments at the Wuhan Institute of Virology via the U.S. nonprofit EcoHealth Alliance. Fauci has expressly denied that his agency was funding gain-of-function experiments at that laboratory.

Yet the emails provide some of the most striking evidence yet that, very early in the pandemic, Fauci himself may have been concerned about the possibility that gain-of-function research was involved.

The emails upon their release this week generated intense interest as news organizations pored over what amounted to an intensive logbook of Fauci's earliest days in managing the U.S. response to the COVID pandemic.

The emails show numerous individuals writing to Fauci seeking advice on how to mitigate the potential spread of COVID-19. In other threads, Fauci is shown managing a sizable series of media appearances as public interest in his opinions grew. 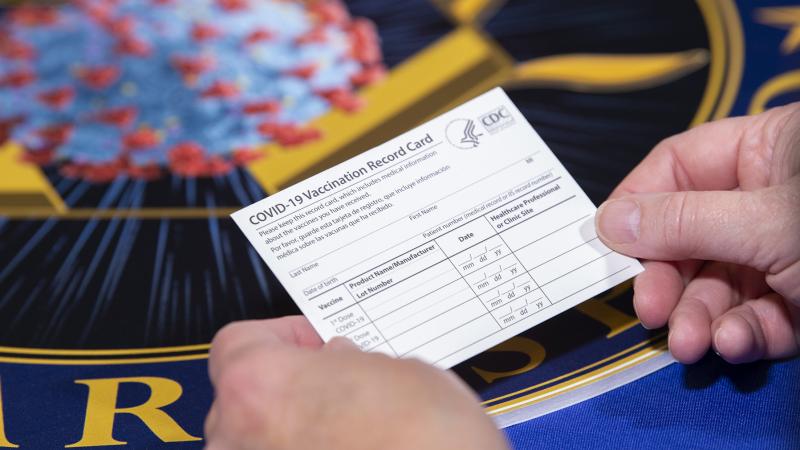