A prominent Columbia University virologist claims that in the years leading up to the COVID-19 pandemic a U.S. nonprofit funded coronavirus experiments in Wuhan, China the results of which were used in "gain-of-function" virology research at the University of North Carolina.

Dr. Vincent Racaniello made the claim amid ongoing controversy over a recently resurfaced interview between himself and Peter Daszak, the president of the U.S. infectious disease nonprofit EcoHealth Alliance.

Both EcoHealth Alliance and the scientist leading the research at UNC have been heavily funded over the years by the National Institute of Allergy and Infectious Diseases, which has been directed since 1984 by Dr. Anthony Fauci, the public face of the federal response to the COVID-19 pandemic under Presidents Trump and Biden.

Fauci categorically and repeatedly denied that NIAID has funded gain-of-function research in a tense exchange Tuesday with Sen. Rand Paul (R-Ky.) at a Senate hearing.

Racianello's half-hour interview with Daszak took place in early December 2019 at the Nipah Virus International Conference in Singapore. Significant attention has been given to a segment in which Daszak appears to allude to having participated in "gain-of-function" experiments, a type of procedure in which scientists increase a virus's pathogenicity and/or transmissibility in order to study its potential for human infection.

"You can manipulate [coronaviruses] in the lab pretty easily," Daszak says in the interview. "Spike protein drives a lot of what happens with the coronavirus, zoonotic risk. So you can get the sequence, you can build the protein — and we work with Ralph Baric at UNC to do this — insert into the backbone of another virus, and do, do some work in the lab."

Those remarks, when they resurfaced this week, caused considerable controversy due to Daszak's role in funneling hundreds of thousands of dollars through his EcoHealth Alliance to the Wuhan Institute of Virology to bankroll coronavirus experiments there. The Wuhan lab sits just a few miles from where the first detected outbreak of COVID-19 occurred.

Speculation has swirled over the last year as to what role, if any, the Wuhan lab may have played in the origin of the pandemic, including whether it was engaging in any gain-of-function experiments that may have posed a pandemic risk.

Experiments 'confer a new property to the original virus'

Racaniello said that Daszak in the December 2019 interview was indeed describing gain-of-function experiments.

"Here is the idea," he said in an email exchange this week. "You go into caves in China and sample bats for CoVs. You collect bat guano and sequence it to find the viruses. You don’t actually have the viruses, just their genome sequences. You want to know if these viruses have the ability to infect human cells."

"Since you don't have the viruses," he continued, "you just take the spike sequence from all these viruses and put it into a coronavirus that you work with in the lab. Then you see if that recombinant coronavirus can infect human cells. It's all done under containment to prevent any release. If the spikes of the bat CoV can allow the CoV to infect human cells, then they have the potential to infect humans and we should be making antivirals against them to prevent a pandemic."

Those kinds of experiments, Racaniello said, "are considered 'gain of function' because they would confer a new property to the original virus."

That research, Racaniello said, "was done in the laboratory of Dr. Ralph Baric in [the University of] North Carolina and was not funded by EcoHealth Alliance." When pressed, Racaniello revealed that EcoHealth did have an indirect role in the funding of Baric's work.

"EcoHealth Alliance provided funds to Zengli Shi at the Wuhan Institute of Virology to conduct bat surveillance for SARS-like CoVs," he said. "Baric then received the spike sequences from Wuhan to do his experiments independently."

"Daszak and Baric did not work together on this project," he added.

Anna Marie Skalka, a professor emerita at the Fox Chase Cancer Center and one of the authors of the bestselling textbook "Principles of Virology," did not expressly deny that Baric's research constituted gain-of-function, though she claimed that the overall issue was more complex than that.

"I prefer to describe the research in broader terms, as gain-of-function seems too narrow and has acquired negative connotations," she said. "The aim of such research is to learn as much as possible about the gene/protein in question so that one can begin to develop possible therapeutic or vaccine-related approaches."

Queries to Daszak and Baric on Racaniello's claims went unanswered.

The assertions from Racaniello — a four-decade veteran of academic virology who along with Skalka is also an author of "Principles of Virology" — constitute the sharpest allegations yet that both EcoHealth and the Wuhan Institute of Virology were involved, even if adjacently, with gain-of-function research prior to the pandemic.

Baric's research, meanwhile, has been the recipient of millions of dollars in funding from the NIAID over the years, much of it focused on coronaviruses, including experiments in the "replication and pathogenesis" of those viruses.

Racaniello himself forcefully defended such research. "There is a very clear reason to do these experiments and if we had done them even more we could have prevented the current pandemic," he said.

EcoHealth, meanwhile, has been the focus of controversy for the past year due not merely to its alleged association with  coronavirus experiments but also to the fact that its work was for years heavily funded by the federal government, specifically the National Institute of Allergy and Infectious Diseases.

EcoHealth routed hundreds of thousands of NIAID dollars to the Wuhan lab in the years leading up to the pandemic to conduct coronavirus research there. Experts and commentators alike have called for a major investigation into the lab to determine if SARS-Cov-2 may have accidentally leaked from the facility and launched the pandemic.

The federal funding for the Wuhan project was pulled last year near the outset of the pandemic. Daszak himself told NPR last year that the Wuhan experiments were "funded entirely through the NIH grant," as the news service put it.

The lab was the subject of part of the World Health Organization's investigation into the origins of COVID-19. That probe concluded earlier this year and determined that a lab-leak theory was unlikely, though world officials have called for additional investigations into the facility.

The international team of investigators reportedly only spent a single day at the Wuhan lab. Among the team's members — and the only U.S. representative on it — was Peter Daszak. 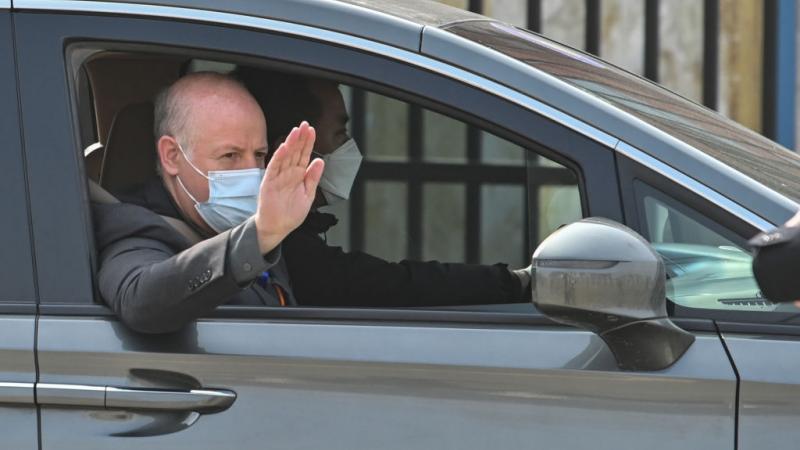