Group sent hundreds of thousands of dollars in taxpayer funds to Chinese research facility widely surmised to be original source of the virus as the result of an accidental leak.

A U.S.-based nonprofit that has helped bankroll coronavirus experiments at a controversial Chinese laboratory has received roughly $1.5 million in taxpayer bailout loans over the past year despite questions surrounding what role the lab in question may have played in the origin of the COVID-19 pandemic.

EcoHeatlh Alliance, a New York biomedical nonprofit headed by British zoologist Peter Daszak, has been under scrutiny for more than a year due to its funneling of hundreds of thousands of taxpayer dollars to the Wuhan Institute of Virology, a coronavirus research facility that sits just a few miles from where the first large outbreak of COVID-19 reportedly took place.

Though many questions remain unanswered as to how those funds were spent at the Wuhan lab, EcoHealth has nevertheless over the past year been the recipient of two whopping government bailouts bankrolled by U.S. taxpayers as part of a COVID relief program.

Data at USASpending.gov shows that EcoHealth has received $1.5 million in Paycheck Protection Program loans over the last twelve months. That program originated in the CARES Act, a massive relief bill signed last March by President Donald Trump meant to counteract the devastating economic effects of the COVID-19 lockdowns.

The funds were reported on last week by the watchdog group White Coat Waste Project, an animal rights-focused group that seeks to halt taxpayer funding of animal experiments.

White Coat Waste has been critical of both EcoHealth and the Wuhan lab for the animal experiments in which they have allegedly engaged while pursuing coronavirus research.

The group claims that EcoHealth has funded "gain-of-function" research at the Wuhan Institute of Virology, a highly controversial form of research in which scientists increase the pathogenicity and/or transmissibility of a virus in order to study its potential for jumping into, and spreading among, human populations.

No direct evidence has emerged to substantiate those claims. But in the years leading up to the pandemic the Wuhan Institute of Virology was engaging in research to determine "spillover risk" and "spillover potential" of potentially pandemic coronaviruses.

The lab's experiments, funded in part by U.S. taxpayer dollars by way of EcoHealth, used "infectious clone technology, in vitro and in vivo infection experiments and analysis of receptor binding" to make those determinations. The National Institutes of Health has denied that any of those experiments constituted gain-of-function.

Suspicions have persisted both among scientists and high-ranking government officials that the source of the SARS-Cov-2 pandemic may have been an accidental leak from the Wuhan Institute of Virology.

The Chinese government originally claimed that the first detected major outbreak of the virus was at a wet market just a few miles from the WIV.

EcoHealth's Daszak, meanwhile, was the lone U.S. representative on the World Health Organization's recent COVID-19 origin investigation team. That team reportedly spent about a day at the Wuhan lab, later concluding that it was "extremely unlikely" that the virus had escaped from a laboratory.

Businesses that receive PPP loans are nominally expected to pay them back, though the Small Business Administration stipulates that borrowers may apply for and receive loan forgiveness if they adhere to certain business practices including maintaining both employee numbers and compensation levels.

Daszak himself did not reply to queries seeking comment on the bailout funds, what they were being used for and whether or not EcoHealth Alliance plans to apply for forgiveness on the loans. 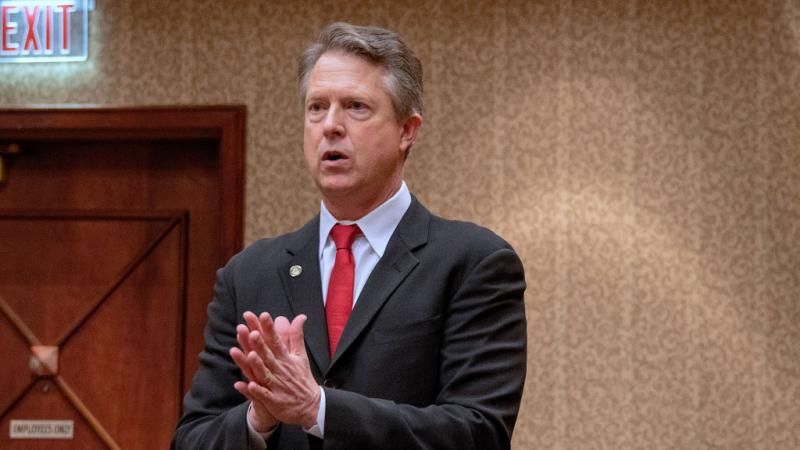