As U.S. sees record COVID hospitalizations, it's unclear how many strictly involve virus

News reports omit the distinction between hospitalizations "with" COVID and "from" COVID. 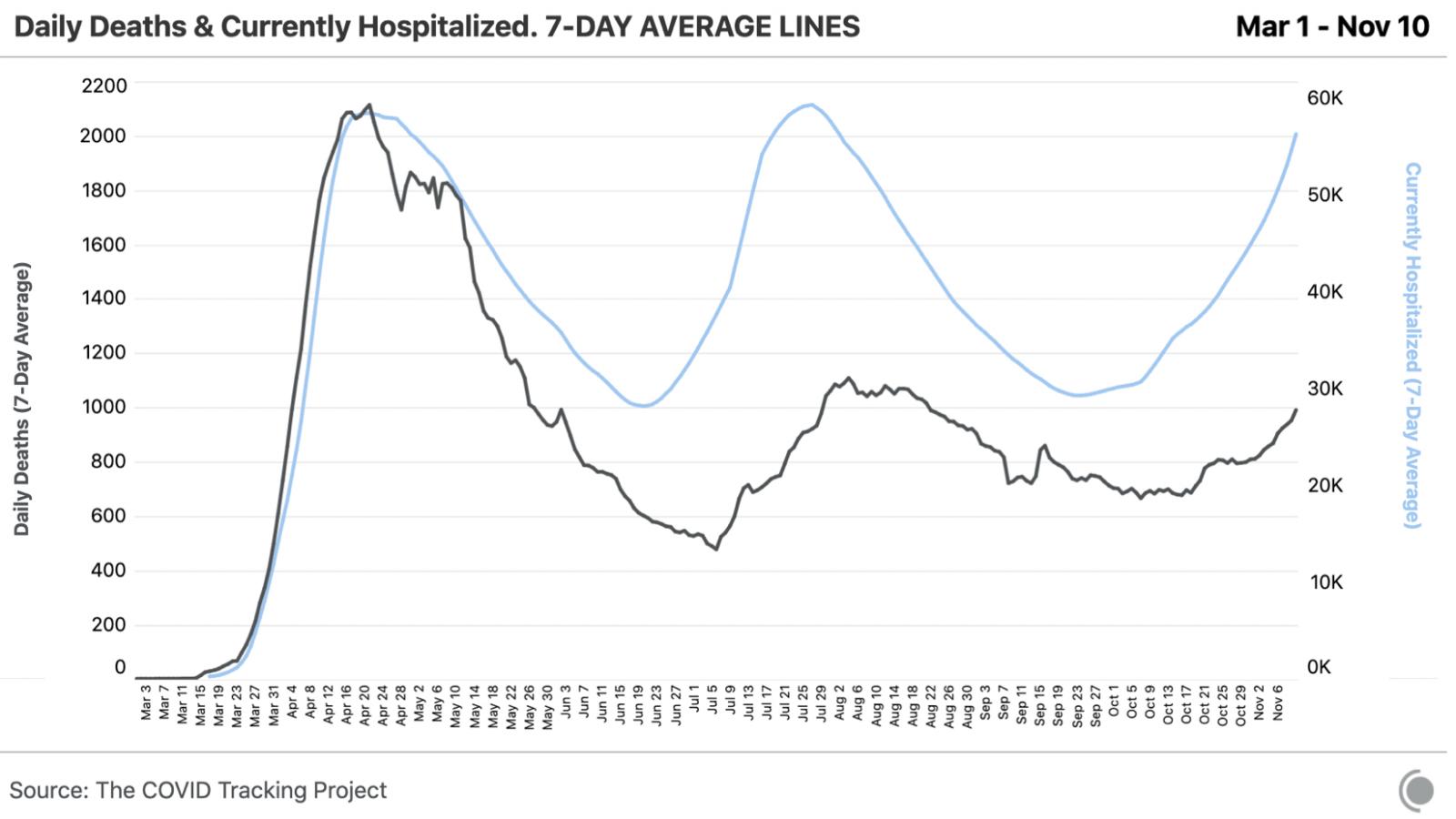 News reports this week have declared a sky-high record of COVID-19 hospitalizations throughout the United States. But these accounts have ignored a critical signifier of that public health metric, failing to distinguish the number of patients hospitalized directly because of COVID from those who merely test positive for the disease while in the hospital for other treatment.

Hospitalizations have been viewed as one of the key metrics by which health officials measure the pandemic's course in a community, a state or a country. Fears of overwhelmed hospital capacity have driven much of the world's response to the pandemic. Spurred in part by Italy's experience in March, when local healthcare systems were severely strained due to a crush of COVID-19 patients, Western governments have justified sweeping lockdowns and closures partly in order to avert overwhelming their healthcare systems.

The U.S. has largely avoided major shocks to its healthcare systems. Although some local regions have at times been burdened by spikes in COVID patients, hospitals have largely been able to manage brief surges in patients either through adequate capacity or additional surge capacity added in advance of the spikes.

Major news outlets this week, however, warned that the U.S. had just hit a record number of COVID-19 hospitalizations nationwide, with some public health experts arguing that the upward trajectory in in-patient COVID infections may continue to overwhelming levels unless the country enacts a second series of lockdown policies in order to preempt further infections.

Admitted 'for' COVID versus 'with' COVID

That differentiated data has remained almost entirely absent from the U.S. coronavirus debate. News networks this week cited data from the COVID Tracking Project, a consortium of journalists, public health experts and data specialists who have been collecting and tabulating coronavirus data from state health departments since the beginning of the pandemic.

That site showed just under 62,000 coronavirus hospitalizations nationwide on Wednesday, but — like virtually every COVID data source — it failed to make the critical distinction between the two types of hospitalizations.

Alexis Madrigal, a staff writer at the Atlantic who contributes to the COVID Tracking Project, acknowledged that those figures remain elusive.

"Very few states disaggregate those numbers," he told Just the News. "Hospitalization numbers are trying to capture the strain on the healthcare system. Anyone who has COVID-19 has to be handled with care, even if they are nominally in for [something else]. So the total number of hospitalized people is extremely important. Some states, like Florida, only report 'due to' COVID, but that is not the norm."

"There's also an underlying question: Are these hospitalizations 'real'? Are people really sick?" he continued. "Yes and yes. That's the answer."

Madrigal shared with Just the News a chart drawn from COVID Tracking data appearing to show a correlation between hospitalizations and deaths. The data indicate a roughly predictable relationship between hospitalization numbers and reported fatalities, albeit with one notable caveat: While in March and April those two trends were nearly in sync adjusted for scale, by mid-May they had effectively decoupled, with deaths still tracking hospitalizations numbers but remaining overall much lower relative to earlier rates.

In mid-July, for instance, recorded COVID hospitalizations in the U.S. were roughly the same as their peak in late March. But deaths during that time were only about half of their March peak.

It is unclear what the data suggest: Whether it means that COVID hospitalization numbers are technically overcounted, or that hospitals are getting better at treating COVID patients, or something else.

Regardless, it seems that few public health authorities are bothering to look into it one way or the other. Madrigal told Just the News that North Dakota was the only state he could think of that made the distinction in its coronavirus data.

Notably, North Dakota's hospitalization numbers are striking: The state on Wednesday recorded 411 current patients statewide who had tested positive for COVID-19, but only 254 of them — about 60%— were hospitalized "due to" the coronavirus.

It is not known, of course, if those numbers can be extrapolated nationwide, but if North Dakota's with/due-to ratio were comparable to the rest of the country, then the United States would actually have about 37,200 patients hospitalized explicitly due to COVID, significantly less than recent news reports would suggest.

That theoretical number seems almost fantastically low considering the climate of fear that has pervaded the U.S. public health sector over the last several days, with officials warning of potential catastrophe if the rates keep increasing. Whatever the true number, what seems likely is that the "record" 62,000 COVID hospitalizations is not reflective of the true COVID burden on the U.S. healthcare system, and that referring to that number without major caveats is at best a misleading way to frame the situation.

Overall hospital numbers have been depressed for much of the year. Many state governors placed a moratorium on what they deemed "elective" medical procedures — including cancer screenings and early-detection services — in order to free up space for what was assumed to be a looming spike in COVID hospitalizations. Many of those governors began lifting those restrictions late in the spring, though major backlogs in medical care have been reported since then.