"There's nothing 'racist' about the Election Integrity Act, and it's certainly not 'Jim Crow 2.0,'" the ad said.

The Conservative Clergy of Color — a group of black pastors, priests and ministers — is running a full-page ad in the Atlanta Constitution Journal newspaper saying it's "correcting the lies" President Biden and Georgia Democratic politician Stacey Abrams have told about the state's new voting law.

"There's nothing 'racist' about the Election Integrity Act, and it's certainly not 'Jim Crow 2.0.' Your lies are now devastating minority small businesses in Atlanta following the MLB's decision to move its All-Star Game to Denver, resulting in the loss of $100 million in business," reads the ad. "Enough is enough."

Jim Crow refers to state and local laws in southern U.S. states that enforced racial segregation until the mid-1960s.

Georgia Republican lawmakers who drafted, passed and enacted the law – which includes voters needing an ID for an absentee ballot – attempts to secure the state's voting system.

The group argues the law in fact expands voting by extending early-voting hours and weekend voting. They also argue identification is required for other aspects of life and everyday activities.

"Biden and Abrams keep saying the Election Integrity Act is worse than Jim Crow, which is an insult to the millions of Black Americans," Bishop Aubrey Shines, founder of Glory to God Ministries and a founding member of Conservative Clergy of Color said Monday in a statement. 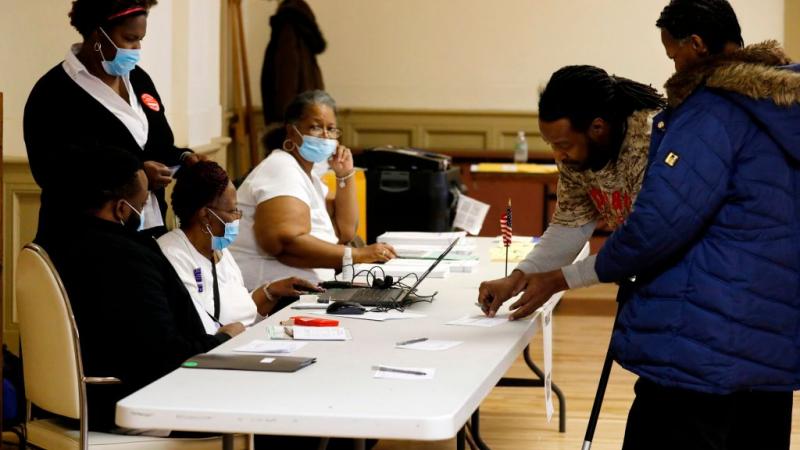