Plan B? Trump could receive second term from U.S. House in 'contingent election'

"It will be the thing, I believe, that will formally elect Donald Trump to be the next president of the United States," said Steve Bannon. 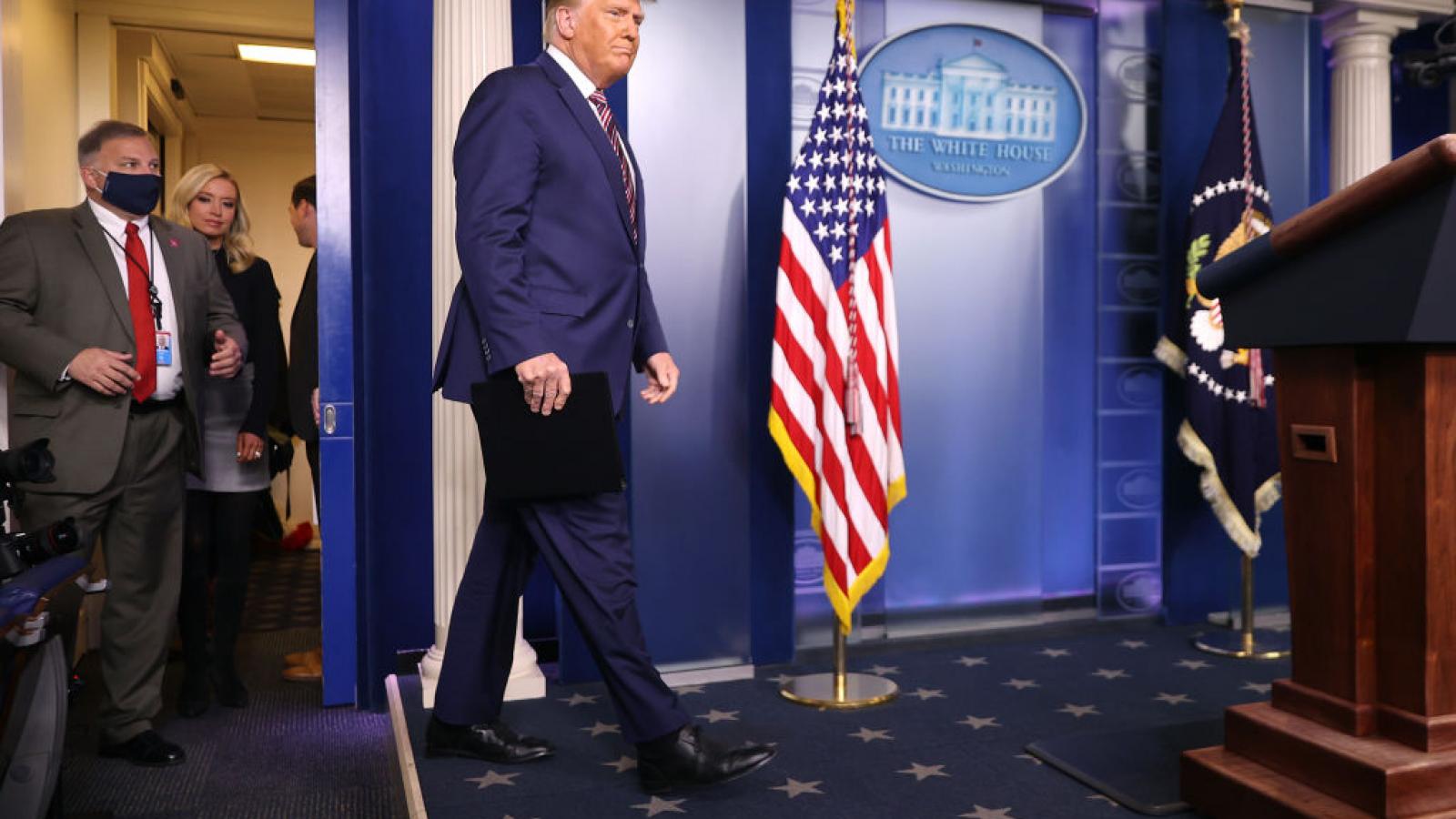 Though chances are slim and the final electoral count is still pending, a little-known provision of the U.S. Constitution provides an opening for President Trump to possibly salvage victory through what's known as a "contingent election."

Under the 12th Amendment, in a contingent election one person does not win a majority of Electoral College votes, and the election is thrown to the U.S. House of Representatives. There, each state's delegation has one vote, and a candidate must receive the votes of a majority of state delegations to win. Because of the timing, the new Congress is the one that decides, not the outgoing one.

Though final makeup of the incoming House is still in flux due to ongoing ballot counting, the gap is wide enough to know there definitely will be more Democrats overall, but there will also definitely be more state delegations with a majority of delegates who are Republican. For example, although population-heavy California and New York have large, predominantly Democratic representation in the House, each state would receive just the same, single vote assigned to lower-populated Republican-led states like Wyoming or South Dakota. This would likely ensure a Republican majority vote in the House for Trump over rival Joe Biden.

"It will be the thing, I believe, that will formally elect Donald Trump to be the next president of the United States," political strategist and 2016 Trump campaign CEO Steve Bannon said on Real America's Voice digital television network last week.

Lisa Dixon, executive director of the Lawyers Democracy Fund, told Just the News she thinks that a contingent election is "extremely unlikely," though there were several in the 19th century, including in 1825 and 1837, although the most famous contingent election was that fought between Thomas Jefferson and Aaron Burr in 1801. That epic episode was the key plot line for the smash Broadway musical "Hamilton."

Dixon noted that state legislatures have control over their electors. In a Supreme Court case last term (Chiafalo v. Washington), the court unanimously decided that states could remove or even impose fines on "faithless electors" who do not vote according to how they are pledged to vote.

Not all states have "faithless elector" laws, but those laws would constrain electors who wished to abstain or otherwise not vote for the person who won the presidential election in the state. In other cases, electors are constrained by party loyalty or peer pressure, so cases of faithless electors, even from states that do not have faithless elector laws, are very rare.

If a contingent election occurs, House members are constrained to choose only from among the top three finishers in the electoral college vote. No other candidate besides Trump or Biden has thus far earned an electoral vote this year (though some, including Loyola University professor Walter Block, argue that Libertarian Party nominee Jo Jorgensen played a spoiler to Trump, given that as of Monday, her "vote total exceeds Mr. Biden's margin over President Trump in Arizona, Georgia, Nevada and Pennsylvania, enough to change the outcome.")

Under the 12th Amendment, besides the House deciding the presidency, the Senate selects a vice president. These elections are required to be finished by 12 p.m. on Jan. 20, 2021 for the next president and vice president to be sworn into office. If that fails to take place, the Speaker of the House would serve as president until Congress certifies a winner of the 2020 presidential election.

Hyatt hotel chain has no regrets for hosting conservative conference