Lawmakers say they want more time to investigate the irregularities that occurred in their respective states.

More than 100 state legislators from contested battleground states have asked Vice President Mike Pence to delay by 10 days the congressional certification of the elections in their states so they can have more time to investigate irregularities and illegalities.

The dramatic requests, delivered in various letters on the eve of a joint session of Congress, added intrigue and drama to a process that normally is pro forma.

While Pence has said he supports lawmakers who are concerned about the conduct of the November election, he has not indicated whether he'd be willing to go as far as delaying counting votes from states like Wisconsin, Michigan, Georgia, Arizona and Pennsylvania or whether such a manuever would be deemed constitutional by the Supreme Court.

"We write to ask you to comply with our reasonable request to afford our nation more time to properly review the 2020 election by postponing the January 6th opening and counting of the electoral votes for at least 10 days, affording our respective bodies to meet, investigate, and as a body vote on certification or decertification of the election," one letter to Pence signed by 88 state Republican legislators read. "This action can be completed prior to the inauguration date, as required by the Constitution."

That letter attached an appendix listing irregularities and illegalities in the battleground states where Trump has contested the election results showing Biden the winner.

"We intend on fulfilling our oaths of office by properly investigating and determining whether the election should be certified, or decertified, by our respective state legislatures," the letter added. "Additional time must be afforded for the legislatures to meet and for state legislators to fulfill their constitutional duties."

That letter was organized by a 501(c)(4) group called Got Freedom after state legislators had a private call with Trump over the weekend to brief the president on their concerns. The group said the legislators asked it to organize a single letter for many to sign.

Group organizers said more than two dozen other state legislators had confirmed they had sent other individual or group letters asking Pence to intervene Wednesday, bringing the total to 117.

Phill Kline, a former state attorney general who works with Got Freedom and the separate Amistad Project that has filed election challenge in several states, applauded the letter. "I'm honored to work with state legislators who recognize with their Constitutional authority comes Constitutional responsibility and who are willing to do what is right to gather, debate and vote to decertify a lawless election," he said.

Wisconsin State Rep. Joe Sanfelippo told Just the News he signed the large group letter because there are at least three mass illegalities that occurred during the Wisconsin election that have been confirmed since Nov. 3, all instances in which state officials made election changes that were not approved by the Legislature.

The Wisconsin Supreme Court has already ruled state officials wrongly authorized voters to declare themselves "indefinitely confined" to home by COVID-19 and thus able to skip voter ID laws. About 200,000 voters are believed to have taken advantage of the change in a state where Biden leads Trump by just  20,000 votes.

Another 200,000 voters were not cleared from voter rolls as required by the law and done in prior elections, and state officials also gave permission for some counties in large, urban Democratic areas permission to alter and cure inaccurate ballots without going back to voters.

"We know laws were broken. That's indisputable," Sanfelippo said in an interview. "What we don't know is whether the breaking of those laws affected the outcome of the election."

Sanfelippo said the delay he and other lawmakers have asked for will give the legislators a week to investigate and make formal decisions.

"The U.S. Constitution gives us authority to determine how elections are run," he added. "All of that assumes the law is going to be followed by those who implement it. And now that we know the law wasn't followed in this election, so as state legislators is it up to us to determine did that have any effect on the outcome, to hold those people who didn't follow the law accountable and to make sure in the future those laws are followed." 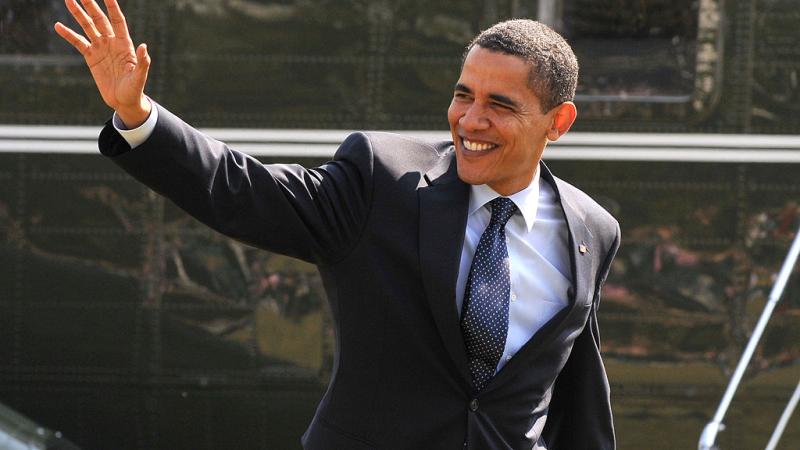 Obama office declines to disclose plans, if any, to search for classified docs