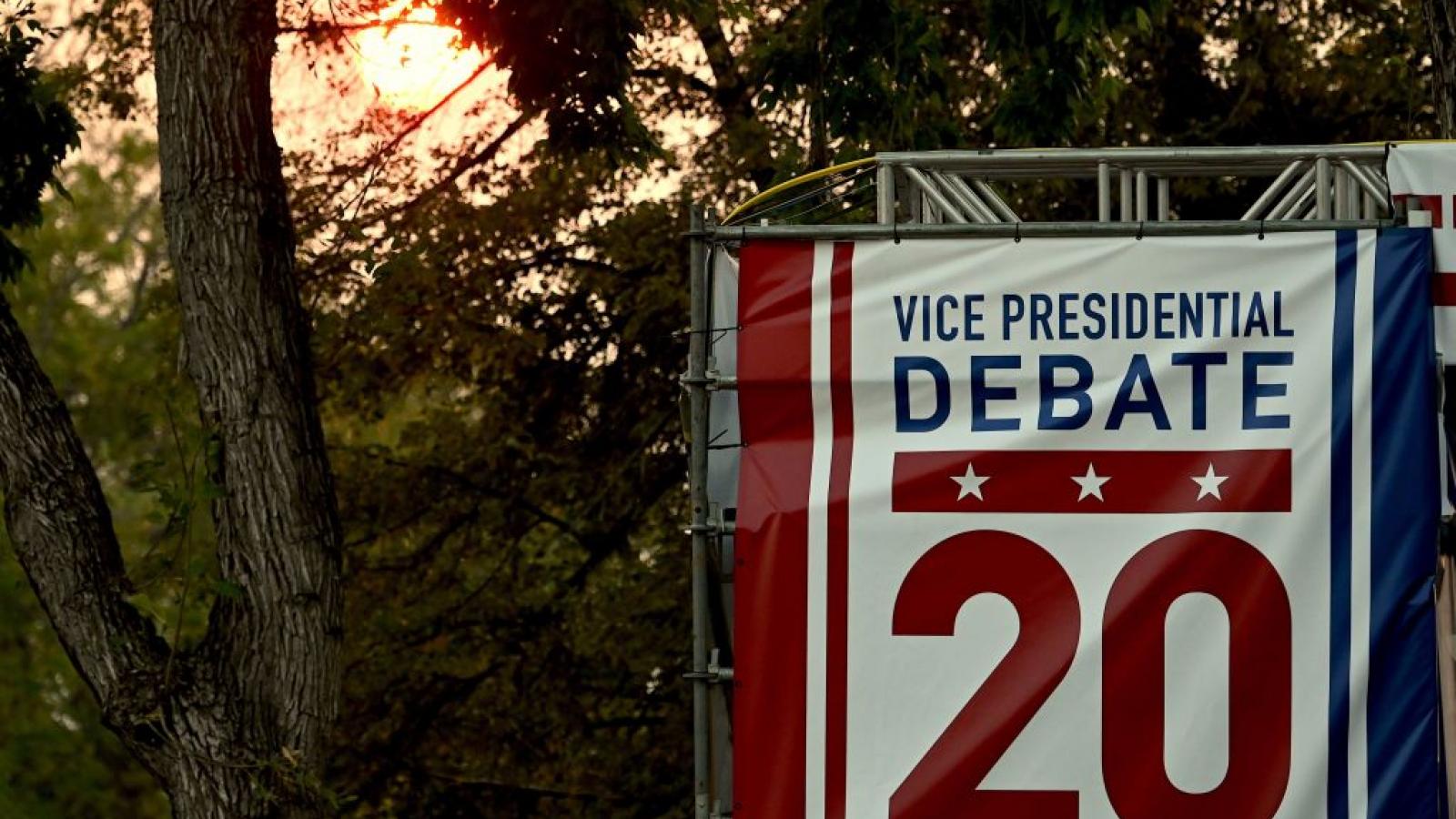 The sun sets near the University of Utah, site of 2020 vice presidential debate.
(ERIC BARADAT/AFP via Getty Images)
By Christine Dolan
Updated: October 8, 2020 - 12:08am

Pence, a former radio host, and Harris, a career prosecutor, attacked and parried courteously, each holding their own without the cacophony that permeated the first presidential debate the week before.

Harris calling the pandemic the "greatest failure," then attempt to back her argument with a litany of numbers.

The pandemic is "not under control" with 39 states' rising numbers of cases, 210,000 dead, 7 million infected, one-in-five businesses closed, front-liners sacrificed, and 30 million filing for unemployed," she said.d

Looked sternly into the camera, Harris also argued that the administration was informed on January 28 about the virus but "did not tell you" until weeks later.

Harris claimed that the Trump administration "still does not have a plan and Joe Biden does with national tracing and testing free for all," but did not go into any more detail.

Pence reiterated how President Trump suspended air travel to China -– "the No. 2 economy in the world" – to put the health of Americans first, a plan Democratic presidential nominee "Joe Biden opposed."

Then, the Vice-President took a shot at Harris' explanation of Joe Biden's plan.

Then Pence pivoted to Harris.

"It is a disservice to Americans to discount the sacrifice that Americans have made," said Pence, "Americans deserve credit."

"It is about choices versus mandates" he also said. "Donald Trump and Mike Pence respect freedom."

Harris replied: "You respect the American people when you tell the truth."