Evidence grows of election mismanagement, illegal acts and some fraud in several states.

Eleven months after Donald Trump was ousted from office, the narrative that the 2020 election was clean and secure has frayed like a well-worn shoelace. The challenges of the COVID pandemic, the aggressive new tactics of voting activists and the desire of Democrats to make the collection and delivery of ballots by third parties legal in states where harvesting is expressly forbidden has muddied the establishment portrait and awakened the nation to the painful reality its election system — particularly in big urban areas — is far from perfection.

Nowhere has that story become more clear than the battleground state of Wisconsin, where a local sheriff on Thursday dramatically held a nationally televised news conference alleging he had found evidence of felony crimes involving ballots sent to nursing home residents.

Racine County Sheriff Christopher Schmaling said his investigators have secured evidence that eight out of 42 residents at a local nursing home had been recorded as casting absentee ballots that their families said was not possible because the residents didn't possess the cognitive ability to vote.

The probe was prompted by one family who discovered their loved one had voted in the November 2020 election despite having died a month earlier after a long period of mental decline, authorities said.

Schmaling dramatically accused the Wisconsin Elections Commission, the state's election bureaucracy, of creating the conditions for such voting by mailing absentee ballots to nursing home residents who didn't request them and empowering nursing home staff to fill out ballots on behalf of the residents.

The "election statute was in fact not just broken, but shattered," he said.

The nursing home scheme alleged by Schmaling was also found in neighboring Michigan, where Democratic Attorney General Dana Nessel earlier this month announced three women were charged with voting fraud, including one who fraudulently filled out ballots in the names of nursing home residents without their permission.

But the nursing home case is far from the only concern that has rocked Wisconsin, where Joe Biden was certified the winner over Trump with a razor-thin margin of about 20,000 votes. The non-partisan Legislative Audit Bureau released a sweeping report last month that accused election officials of engaging in "inconsistent administration" of election laws, troublesome management of new drop boxes used to collect ballots during the pandemic, ineffective investigation of fraud complaints, and other problems.

While it did not offer evidence of systemic fraud, it flagged more than 30 problems as well as many more issues that lawmakers should resolve for future elections. You can read that report here:

The report prompted the GOP leader of the Wisconsin Senate to launch an investigation into the November election, augmenting a separate probe already authorized by the Wisconsin Assembly that is being led by former state Supreme Court Justice Michael Gableman.

And those developments follow a ruling by the Wisconsin Supreme Court that concluded state election officials wrongly allowed tens of thousands of Wisconsin voters to skip voter ID requirements and file absentee ballots by declaring their concerns about COVID made them “indefinitely confined.” While the court ruled the advice was illegal, it noted there was no penalty and said it was up to voters to decide if they had an infirmity or disability that made them confined. Lawmakers are now looking to change the weaknesses in that law.

Sen. Ron Johnson (R-Wisc.) the former chairman of the Senate Homeland Security Committee, which oversees elections, said the dizzying revelations coming from his own state were a clear sign that lawmakers have far more work ahead of them to improve election administration and ensure voters are treated more evenly.

"Following the LAB report, what Sheriff Schmaling has uncovered + disclosed might only be tip of the iceberg of fraud in the 2020 election," Johnson tweeted. "The Legislature must be given the time, resources, and cooperation of election officials to conduct a complete investigation of allegations."

Similarly, state officials in Georgia, where Trump lost by a slim margin, have found evidence that its major urban voting center of Fulton County had significant problems administering the November election, so much so that state officials have begun the process of taking the county's election management into receivership, removing local control for the 2022 election and beyond.

That dramatic move came after Just the News unearthed a 29-page memo from a state observer that found officials in Futon County engaged in all sorts of misconduct and mistakes, including insecure transport of ballots, double scanning of ballots and possible invasions of voter privacy.

And earlier this month, two Fulton County workers were fired for allegedly shredding ballot applications in violation of state law. Secretary of State Brad Raffensperger even asked the U.S. Justice Department to assist in the investigation.

And in nearby DeKalb County, Raffensperger has initiated a separate probe into whether ballots cast in "drop boxes" were properly handled and logged.

Meanwhile, the fallout from the Arizona Senate's audit continues to be felt, as more than 50,000 ballots have been called into question and several matters referred to Attorney General Mark Brnovich for possible prosecution. Even before those referrals, Brnovich's office has brought several criminal prosecutions, including prison inmates who illegally voted as well as some people accused of harvesting ballots from third parties.

The harvesting cases in Arizona as well as the nursing home cases in the Midwest are opening up a new line of inquiry that could drive the election integrity debate well into 2022. The emerging question: Is it possible that residents legally allowed to vote had their votes illegally gathered and delivered by third parties?

It's a question several state officials told Just the News they have begun investigating, meaning the term "ballot harvesting" may become more familiar to Americans in the weeks and months ahead.

Meanwhile, the news media and state officials may have to grapple with a more difficulty reality: It doesn't require widespread fraud for Americans to lose faith in the election system. Mismanagement, uneven application of the laws and plain old carelessness can sow deep distrust. 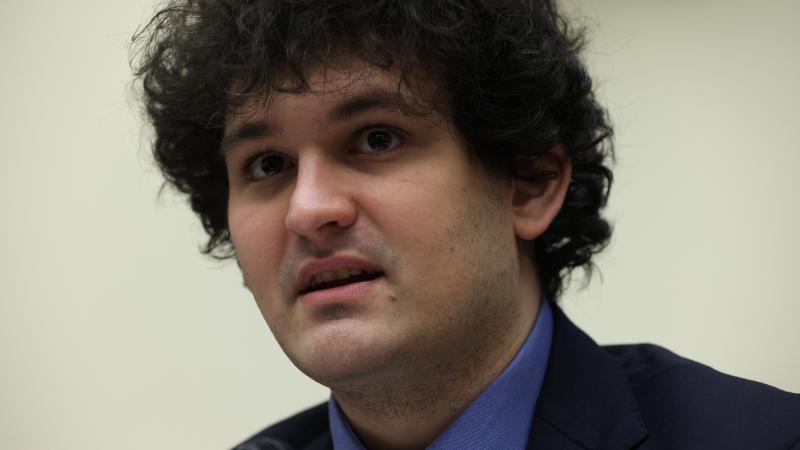