During the dizzying days after the November 2020 election, the Homeland Security cyber-security chief was fired by a frustrated President Donald Trump, then went on national TV to insist the election was fully secure.

"There was no indication or evidence that there was any sort of hacking or compromise of election systems on, before or after November 3," ex-Cyber-Security and Infrastructure Agency Chief Chris Krebs declared on "60 Minutes."

On Thursday, nearly a year later, federal prosecutors in New York unsealed a dramatic indictment that conflicts with that clean bill of health.

The indictment stated that two Iranian hackers successfully hacked into a state computer election system, stole voter registration data and used it to carry out a cyber-intimidation campaign that targeted GOP members of Congress, Trump campaign officials and Democratic voters in the November 2020 election.

The defendants "were part of a coordinated conspiracy in which Iranian hackers sought to undermine faith and confidence in the U.S. presidential election," U.S. Attorney Damian Williams declared.

Welcome to the sequel to the 2020 election, where a full year later the political establishment narrative of an immaculate election keeps eroding with each belated disclosure of hiccups, illegal instructions and forbidden tactics, and now a foreign interference plot that penetrated one state's voter database.

"I think one of the biggest takeaways, the bottom line is, is that if you don't watch over your own elections, people start breaking the rules, they start breaking the laws, they start getting sloppy," Arizona Senate President Karen Fann recently told Just the News, marveling at how much the election narrative has evolved. "And when that happens, it's really hard to determine really what the election results are, if we don't follow our rules."

Jarring revelations keep piling up. In Wisconsin and Michigan, schemes have been uncovered that victimized cognitively impaired nursing home residents, whose ballots were stolen and used by others.

In Arizona, a legislative audit has called into question some 50,000 ballots in a state where the spread was less than 12,000. The attorney general there has also brought some prosecutions accusing voting activists of illegal vote harvesting, where third parties rounded up ballots.

In Wisconsin, where Joe Biden was certified the winner over Trump with a razor-thin margin of about 20,000 votes, numerous problems have emerged.

The non-partisan Legislative Audit Bureau released a sweeping report that accused election officials of engaging in "inconsistent administration" of election laws, troublesome management of new drop boxes used to collect ballots during the pandemic, ineffective investigation of fraud complaints, and other problems.

While it did not offer evidence of systemic fraud, it flagged more than 30 problems as well as many more issues that lawmakers should resolve for future elections.

The report prompted the GOP leader of the Wisconsin Senate to launch an investigation into the November election, augmenting a separate probe already authorized by the Wisconsin Assembly that is being led by former state Supreme Court Justice Michael Gableman.

And those developments follow a ruling by the Wisconsin Supreme Court that state election officials wrongly allowed tens of thousands of Wisconsin voters to skip voter ID requirements and file absentee ballots by declaring their concerns about COVID made them "indefinitely confined." While the court ruled the advice was illegal, it noted there was no penalty and said it was up to voters to decide if they had an infirmity or disability that made them confined. Lawmakers are now looking to change the weaknesses in that law.

Similarly, state officials in Georgia, where Trump lost by a slim margin, have found evidence that its major urban voting center of Fulton County had significant problems administering the November election, so much so that state officials have begun the process of taking the county's election management into receivership, removing local control for the 2022 election and beyond. The county's election team has all either resigned or been fired.

That dramatic moves came after Just the News unearthed a 29-page memo from a state observer that found all sorts of misconduct and mistakes by Fulton County election officials, including insecure transport of ballots, double scanning of ballots and possible invasions of voter privacy.

And last month two Fulton County workers were fired for allegedly shredding ballot applications in violation of state law. Secretary of State Brad Raffensperger even asked the U.S. Justice Department to assist in the investigation.

In nearby DeKalb County, Raffensperger has initiated a separate probe into whether ballots cast in "drop boxes" were properly handled and logged.

Meanwhile, Arizona's Senate has referred several matters to Attorney General Mark Brnovich for possible prosecution. Even before those referrals, Brnovich's office has brought several criminal prosecutions, including prison inmates who illegally voted as well as some people accused of harvesting ballots from third parties.

Now, the discomforting reality that hackers tied to a foreign power penetrated and stole voter data is certain to raise new questions about election integrity.

The victimized state was not identified, though prosecutors said at least 100,000 voters' information was stolen in the scheme. Prosecutors did not allege direct Iranian government involvement but said at least one of the defendants had done work for Tehran's government.

U.S. officials said the case was an example of "malign foreign influence" in a U.S. election.

"This indictment details how two Iran-based actors waged a targeted, coordinated campaign to erode confidence in the integrity of the U.S. electoral system and to sow discord among Americans," Assistant Attorney General Matthew G. Olsen said in announcing the indictment. "The allegations illustrate how foreign disinformation campaigns operate and seek to influence the American public. The Department is committed to exposing and disrupting malign foreign influence efforts using all available tools, including criminal charges."

The indictment alleged a plot that began in August 2020 that included: 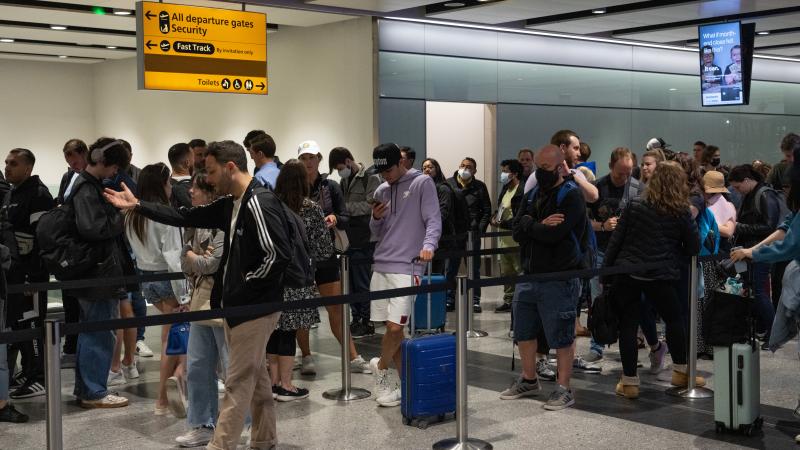 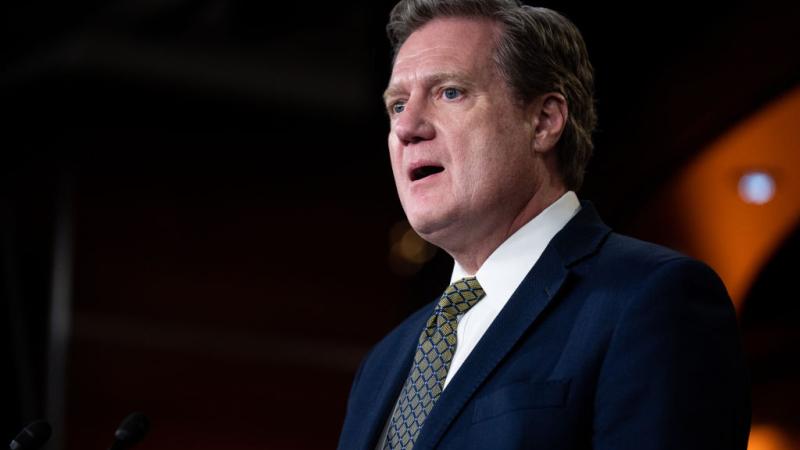