The video comes after a Florida House candidate accused her rivals of conspiring to kill her.

A video posted Thursday on Twitter appearing to show a Florida Republican vying for a House seat threatening to send a "Russian and Ukrainian hit squad" after likely primary opponent Anna Paulina Luna – following Luna's recent allegation Braddock and two other GOP political rivals were trying to kill her.

The video, of a cellphone in a kitchen, was posted on the Twitter account of conservative personality Benny Johnson and appears to be a phone call between William Braddock and conservative activist Erin Olszewski, who appears to have taped the phone conversation.

Braddock reportedly intended to officially file for candidacy Wednesday for the House seat, but it was unclear Thursday whether he had.

Luna, is running in the state’s 13th Congressional District. She obtained the temporary injunction against Braddock, a St. Petersburg resident, last week, The Tampa Bay Times reported Monday. She ran unsuccessfully in 2020 for the seat that covers southern Pinellas County.

"I call up my Russian and Ukrainian hit squad, and within 24 hours, they're sending me pictures of her disappearing," Braddock seems to tell Olszewski after she asked him what he would do if Luna won the primary. "No, I'm not joking, like, this is beyond my control at this point."

The injunction served Friday to Braddock alleges he and "political opponents" Matt Tito and Amanda Makki know where she lives. It also alleges Braddock is working with the two to "take her out," which she says he clarified to mean he intends to kill her, also according to The Times.

Throughout the expletive-filled call, Braddock called Luna several derogatory names and said how unfit for office he thinks she is.

"If I lose, I'm going to have to move out of the country," Braddock said. "But if I win, I'm gonna help make a difference for everyone in the country."

A spokesperson for Luna said earlier this week, before the video being released, that she has no comment on the matter, citing the ongoing law enforcement investigations, The Times also reported.

"I received information yesterday (at midnight) regarding a plan (with a timeline) to murder me made by William Braddock in an effort to prevent me from winning the election for FL-13," Luna reportedly says in her request for an injunction, which would keep Braddock away from her.

The injunction served Friday to Braddock alleges he and "political opponents" Matt Tito and Amanda Makki know where she lives. It also alleges Braddock is working with the two to "take her out," which she says he clarified to mean he intends to kill her, also according to The Times.

Tito and Makki were named in the injunction but say they have not been served with one. Tito lost a race for the Florida House of Representatives in 2020 and Makki lost to Luna in the 2020 congressional primary.

Braddock says he has has only been around Luna once in person – at a meeting hosted by a local Patriots group.

"This woman is off her rocker and she does not need to be representing anyone," he reportedly said.

In the petition, Luna refers to case files with the Pinellas County Sheriff’s Office and the St. Petersburg Police Department. Neither could not provide documents because the case is still open. 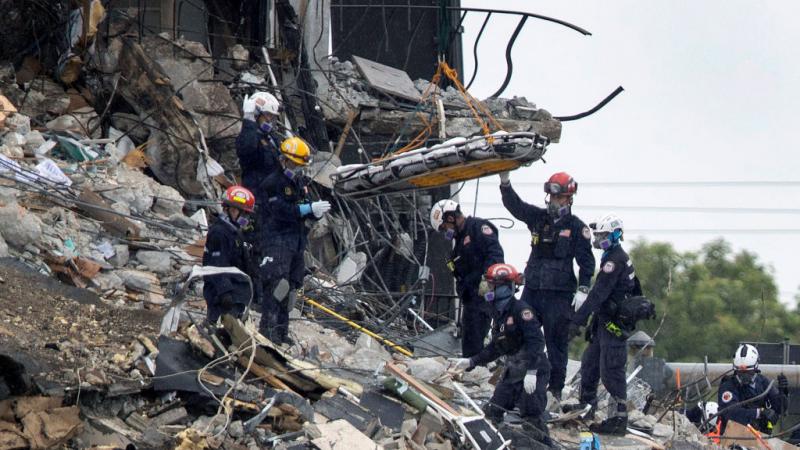 Public school board in Florida shells out $1.2 million to help coax kids back to classrooms