Flagging Sanders campaign trials by double digits in next up Florida

California Democrat Rep. Ro Khanna brushed aside questions this week about whether his presidential pick, Sen. Bernie Sanders, will survive the party primary race past next week, saying he's just focused on "taking out Trump."

Khanna, the co-chairman of Sanders' flagging campaign, predicted the Vermont Independent senator will have a "great" debate on Sunday night against frontrunner Joe Biden.

He declined to say whether he would support a primary challenge against sitting Democrats who opposed Sanders, a democratic-socialist and champion of the party's most liberal wing.

“I’m focused on taking out Trump,” Khanna said during an interview Thursday.

Biden, a former vice president, now leads in the delegate count after winning the majority of primary states on Super Tuesday and March 10.

Despite the delegate count, Khanna said he's “hopeful and optimistic” about the state of Sanders’ campaign.

Following Sunday's debate, voters go the polls Tuesday in several states, including Florida with 219 delegates up for grabs.

Khanna described Sanders’ message as the “most resonant” with Democrats.

"I think ultimately his message is one of giving health care to everyone; making sure we have paid sick leave; making sure that we put more money in the pockets of working class," he said. “His message actually is the most resonant now where people see how vulnerable we are in this economy. When your savings are being hit on your 401k plans on Wall Street, who do you want?

“The person who's saying that we need to expand Social Security when people are having a tough time paying back their student loans. There's an economic anxiety and that's what Sanders is speaking to so I think his message at this debate is going to be very resonant.” 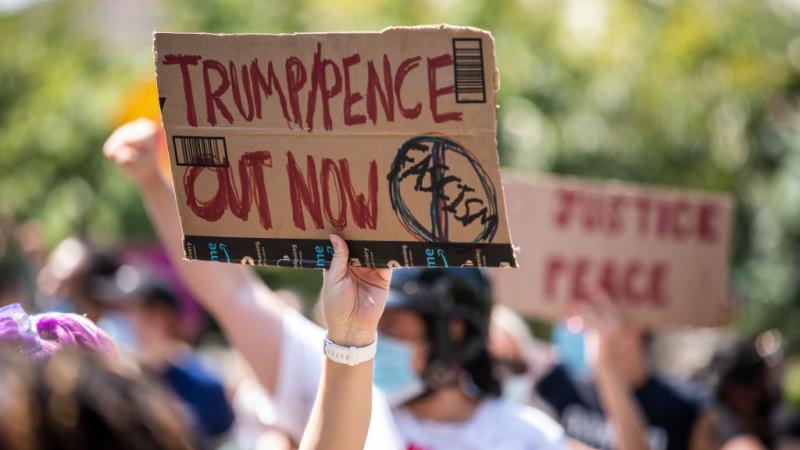 Many Americans are concerned that violence will break out in November