Sheriff Paul Penzone objects to sharing data with a "private uncertified hacking company based on a hunch," despite court order.

More than four years before Maricopa County Sheriff Paul Penzone used his law enforcement credibility to resist subpoenas in the Arizona Senate audit of the county's general election, he was running for the office he now holds.

It was the largest single donation Soros made in a local race in the 2016 election cycle, according to a Politico report at the time. Apple co-founder Steve Jobs' widow, Laurene Powell Jobs, kicked in another $250,000 to the pro-Penzone effort.

Legal experts have debated the effect of a February court ruling that upheld subpoenas for the county routers involved in the election without explaining how they would be enforced.

Penzone signed a Monday letter to Senate President Karen Fann, who is leading the audit, claiming that complying with the subpoena would compromise the county's network and threaten "the security of sensitive, protected and critical data," from federal law enforcement programs to health information of county residents.

The explanation for withholding routers from auditors is "correct in-part, but 'Trust But Verify' must work for both parties," he wrote in an email, referring to the letter's complaint that the auditors had failed President Reagan's famous dictum.

"I would expect the County would be able to identify shortlists of qualified forensic examiners who are trusted inside sensitive systems to examine the networks," Loftus said. His "strong suspicion" is that so-called trusted subcontractors already have access to county systems.

"I would be totally surprised if the County said only bonafide county employees have access to maintain these systems," the former professor concluded: "It is either a stall or bargaining tactic."

At a press conference Monday, Penzone cast the audit as a waste of his time. "I don't like politics, I don't like partisanship, and I absolutely despise political theater," he said, adding that the county received a subpoena to hand over data to a "private uncertified hacking company based on a hunch."

He described the audit's process as "come up with a hunch, try to find a way to put up enough false information to make it valid, and then accuse others of being dishonest."

It's not clear from the letter whether Penzone and the county would resist any subpoena for routers involved in the election or simply object to the contractors hired for the audit. The letter repeatedly mocks lead contractor Cyber Ninjas as "auditors" in scare quotes, claiming that the firm locked out Fann's Senate liaison Ken Bennett from the audit's Twitter account.

The sheriff has not previously spoken on the issue of sharing routers with outside investigators because this situation hasn't happened before, a spokesperson told Just the News.

But Penzone "has made it abundantly clear that any information on technology that would jeopardize or threaten the infrastructure of the Office would never be available, unless ordered by a judge that would lawfully justify why we would release information specific to law enforcement operations." He had no involvement in the audit until the Senate "attempted to impose their will on his organization," the spokesperson wrote in an email.

Asked whether Penzone's official actions against the subpoena might be related to the $2 million from Soros that helped ensure his election in 2016, the spokesperson called the question "irresponsible and misinformed." The sheriff has "no relationship" with Soros or his organization, and received donations from "affluent Republicans who appreciate the Sheriff’s non-partisan non-political focus in running this Office."

As mail ballots, machines mar voting in some states, others seek to tighten election security 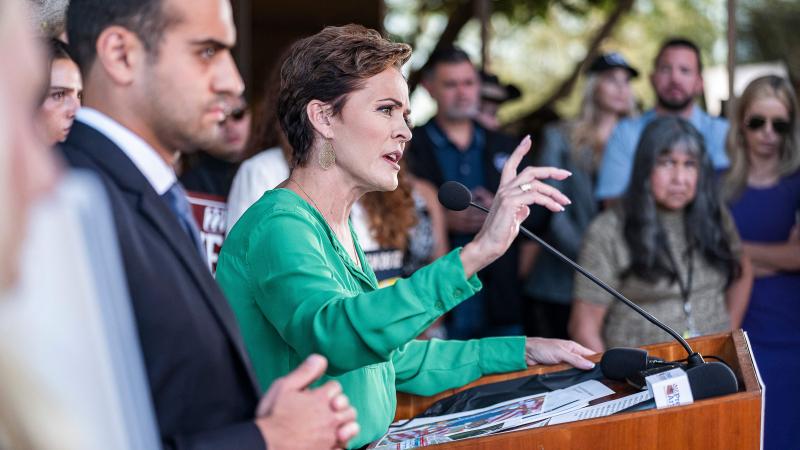 Kari Lake's 2022 Election case to be heard on expedited timetable 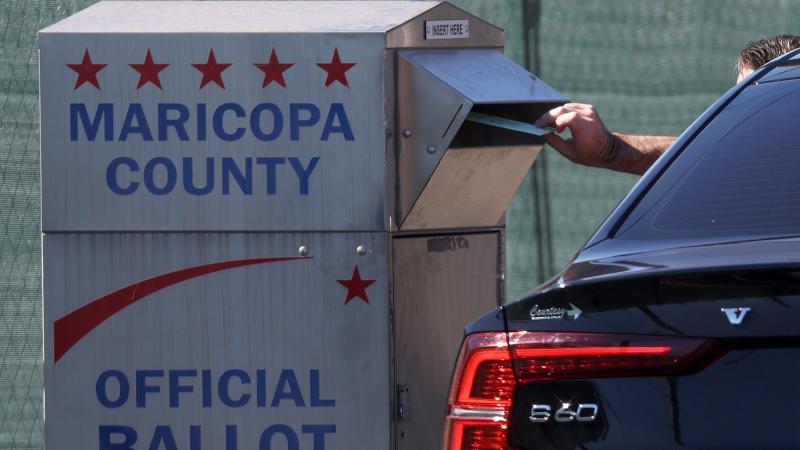