"Spectacular lack of understanding" in what happened when ballot custody was transferred for Senate.

The Board of Supervisors came out swinging Monday in their own special meeting responding to Fann's allegations that contractors found significant irregularities as well as missing data in the ongoing audit.

Maricopa County's Twitter feed joined the fray, sharing portions from a formal letter signed by the five supervisors, Recorder Stephen Richer and Sheriff Paul Penzone, responding to Fann's May 12 letter. The Senate president was not happy to learn about the letter from a reporter who had an early print copy.

"NO deleted files," the county's tweet thread begins. "NO chain of custody issues. We provided what they asked for except for routers, for security reasons. 'Auditors' trouble locating info we provided is THEIR problem."

Neither Fann's office nor the Senate Republican Caucus responded to Just the News queries seeking more information about one of her letter's more explosive claims: that contractors found a "significant number of instances" where the number of ballots in a batch did not match the total on its "pink report slip."

According to the county's response letter, the discrepancies are the result of damaged ballots that cannot be read by tabulation machines and are duplicated for bipartisan review boards. "[I]t is obvious that your contractors have no understanding of these matters," it says.

The county election department released its own technical analysis of Fann's allegations. "Maricopa County did not spoil any evidence," and the issues identified by Fann "are either incorrect" or have a "reasonable and valid explanation," the letter says.

Chairman Jack Sellers termed the Senate Republican-led review as "a grift disguised as an audit" at Monday's public meeting.

He had previously scorched the official election audit Twitter account for claiming that the county deleted "a directory full of election databases" days before equipment was delivered to the audit.

Sellers' fellow supervisors were no kinder. Vice Chair Bill Gates repeatedly accused the Senate GOP of trying to get them jailed for simply asking a court to review the legislative subpoenas before turning over election data. Tuesday's scheduled hearing before Fann is "political theater" designed for One America News Network, he said.

Supervisor Steve Gallardo accused Fann of having "rented out" the Senate to outside consultants who know nothing about elections. For writing a letter asking to "tone down the political rhetoric," Supervisor Clint Hickman said he received death threats and dozens of protesters at his house.

The recorder blasted Fann for claiming she doesn't control the official election audit Twitter account, whose pinned tweet as of Monday accused the county of deleting election databases before turning over equipment. "We deleted zero," he told the public meeting. "Zero election files."

The 14-page letter released by the county late Monday fleshed out many of Richer's brief responses to several issues identified in Fann's May 12 letter.

One of them concerns discrepancies ranging from two to 35 ballots between the actual number of ballots in a batch and the total on their pink slips.

Fann's contractors, led by Cyber Ninjas, apparently didn't know that these early voting ballots are placed in batches of "approximately 200" by bipartisan processing boards, according to the letter. These humans are tasked with guessing which ballots might not be machine-readable.

The letter said two of the five batches flagged as "illustrative" by Fann had different problems. Two of the 200 ballots in one batch could not be read despite the best efforts of human reviewers, while the extra 18 found in a batch marked 200 were apparently a miscount by the hired contractors.

The letter's response to Fann's other claims is far more inflamed and insulting. It reiterated Sellers' demand that the election audit Twitter account delete its "false and malicious tweet" about spoliation of evidence.

The Senate GOP's evidence of deleted databases only shows "your auditors' incompetence," the letter says. The screenshots showing deleted files may simply indicate that Cyber Ninjas and its subcontractors made server copies that its own software can't find, based on its unstated search parameters.

The supervisors said they were "stunned" that Fann asked about chain of custody for the ballots. "It demonstrates a spectacular lack of understanding on your part of what occurred" when liaison Ken Bennett and co-director of elections Scott Jarrett "together reviewed the delivery" from the Elections Department to the Senate.

The county transports ballots in "tamper evident sealed black canvas bags" and secures them in a vault with "highly restricted access among numerous overhead security cameras," the letter says.

Instead of requesting the county's contract with Dominion Voting Systems, which is public record, Senate Republicans "call us liars and insult us." The contract shows that the county is not allowed to obtain "additional, proprietary passwords" from Dominion, much less share them with the Senate GOP.

The only reason Dominion shared a password for an earlier forensic audit was because the chosen firms are accredited by the U.S. Elections Assistance Commission, according to the letter. "Your chosen 'auditors,' the Cyber Ninjas, are certainly many things" but not accredited.

Finally, the county will not turn over its routers because they "provide a blueprint" to the entire network, no different than burglars obtaining a blueprint to a house that marks "a hidden wall safe."

Sharing the blueprint could put the county at risk for a ransomware attack and endanger "data related to the most sensitive law enforcement programs," the letter says.

Given the alleged incompetence of Fann's contractors, the supervisors said they won't answer any more questions from them, and will not attend the Senate president's Tuesday hearing. "People's tax dollars are real, your 'auditors' are not." 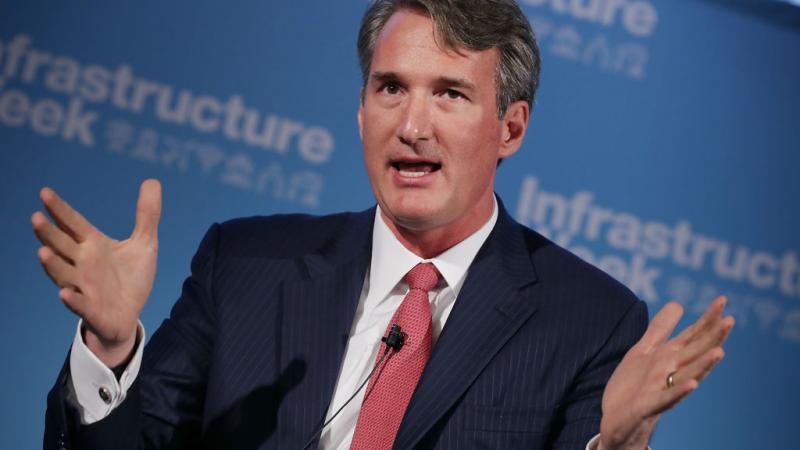