9 states, DC now suffer average gas prices above $5 a gallon — and all but two are run by Democrats 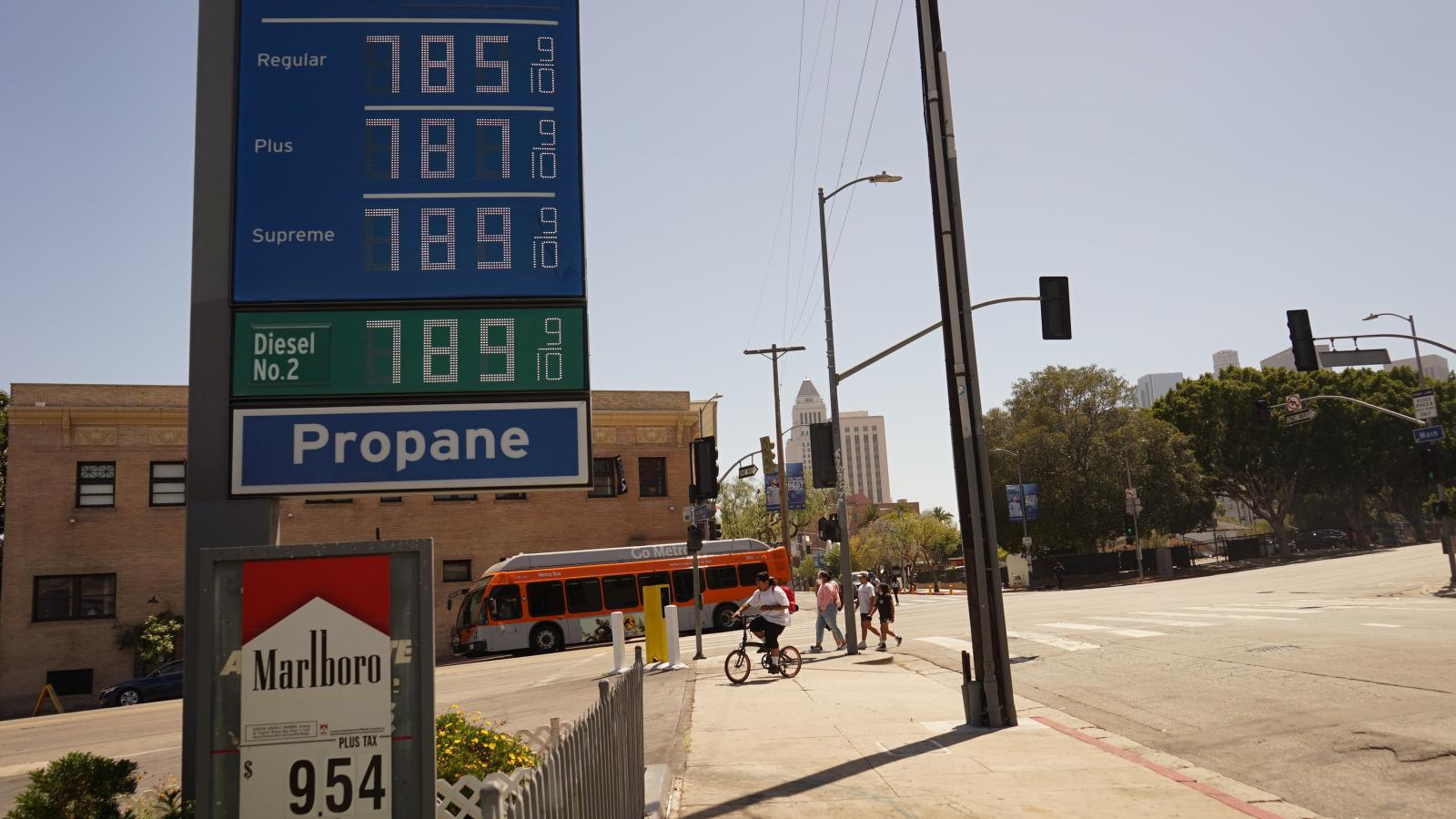 Nine states and the District of Columbia start the week with gasoline prices above $5 a gallon, an unseemly record that is causing political repercussions.

Only two of the states, Arizona and Alaska, are run by Republican chief executives. The rest are run by Democrat governors and one mayor, according to the latest survey by the AAA motor club. They include:

In Los Angeles, the largest city in California, gas prices at some stations were nearing a whopping $8 per gallon on Sunday.

A recent ABC News/Ipsos poll found a majority of Americans believe Democratic policies share either a great deal or a good amount of blame for the rising cost of filling their tanks.

President Joe Biden is bearing the brunt of the critcism, with his approval ratings at the lowest of his presidency. The ABC News/Ipsos poll released Sunday found only 37% approve of Biden's handling of the economic recovery, and even fewer approve of his handling of inflation (28%) and gas prices (27%).