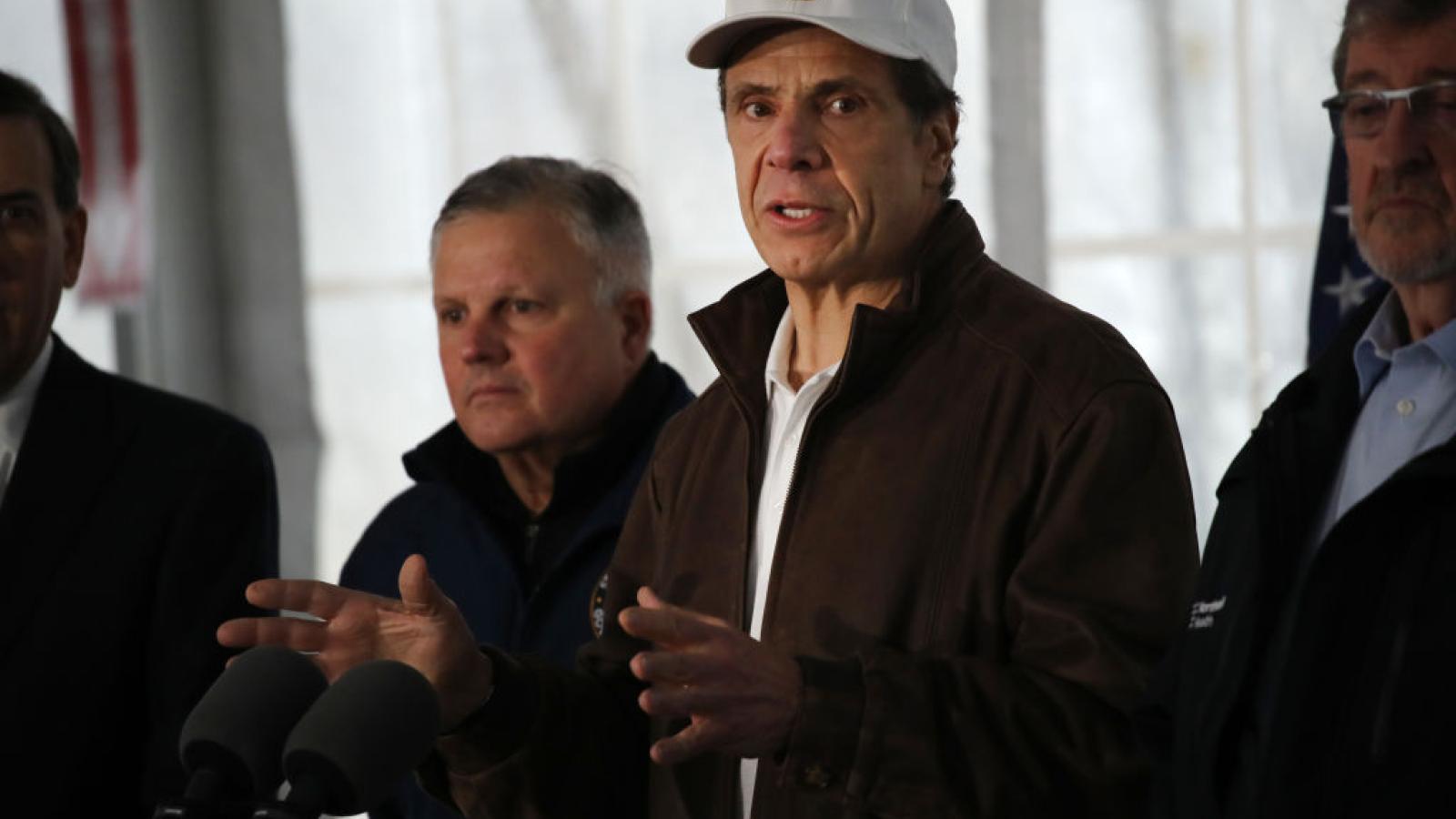 "National Guard members from several states are on duty supporting federal, state and local efforts to respond to COVID-19," the bureau wrote on its Twitter account.

State National Guard units act independently, and are controlled by their state’s governors.

“The National Guard is fully involved at the local, state, and federal level in the planning and execution of the nation’s response to COVID-19,” the National Guard Bureau said in a press release.

Georgia Governor Brian Kemp on Saturday issued an executive order that will "call up as many as 2,000 Georgia National Guard troops to State Active Duty," to deal with the state's efforts to combat the virus, according to a press release.

"To assist with COVID-19 mitigation and critical services, including the transfer of Georgians currently at Dobbins Air Reserve Base to their homes, the Georgia National Guard will now be available to communities to ensure the steady supply of medical equipment, food, shelter, or related materials to keep Georgians safe in the weeks ahead," Gov. Kemp said.

Maryland Governor Larry Hogan activated his state's Guard in order to support other disaster responders, according to an official statement.

"The governor directed the National Guard to move to a higher state of readiness in order to carry out any necessary emergency functions, such as food distribution or other critical areas of need," a press release noted.

The Florida National Guard has called up all its medical workers to form Task Force - Medical, the Florida Guard announced on Sunday.

New York Governor Andrew Cuomo today asked to move beyond the National Guard, and to bring in the regular Army to help fight the virus. President Donald Trump should send in the federally-controlled U.S. Army Corps of Engineers, Cuomo wrote in an opinion piece.

The governor wrote that the Army Corps of Engineers would be able to transform non-hospitals into temporary healthcare facilities, and provide needed equipment as Americans confront the virus.

"States cannot build more hospitals, acquire ventilators or modify facilities quickly enough," Cuomo wrote. "At this point, our best hope is to utilize the Army Corps of Engineers to leverage its expertise, equipment and people power to retrofit and equip existing facilities — like military bases or college dormitories — to serve as temporary medical centers. Then we can designate existing hospital beds for the acutely ill."

The Pentagon has no such plans in place, a Defense Department official told Just the News.