Lawmakers have floated impeaching Mayorkas, with GOP Arizona Rep. Andy Biggs opining earlier this year that such a move would likely get a "unanimous verdict" from Republicans.

Department of Homeland Security Secretary Alejandro Mayorkas on Tuesday denied rumors that he would resign prior to year's end.

Speaking in a congressional hearing, Mayorkas responded to a question from Louisiana GOP Rep. Clay Higgins about his possible departure, saying, "that is a false rumor," according to the Washington Times.

Higgins retorted that Republicans "look forward" to seeing him in the next congressional session, when the GOP is likely to have a majority in the chamber. Party members have already warned Mayorkas to preserve documents related to the ongoing migration crisis at the southern border as they intend to investigate his handling of the matter.

The DHS secretary has come under scrutiny from both the GOP and internal border officials, with reports showing that he has encountered vocal opposition from border agents over his leadership and the administration's lax approach to immigration enforcement.

Lawmakers have even floated impeaching Mayorkas, with GOP Arizona Rep. Andy Biggs opining earlier this year that such a move would likely get a "unanimous verdict" from Republicans.

The southern border witnessed a record 2.4 million migrant encounters in fiscal year 2022, for a total of nearly 4 million since President Joe Biden took office. The mass movement has paved the way for criminal operations to thrive both by shipping drugs into the United States and through human trafficking.

Texas Republican Gov. Greg Abbott on Tuesday declared an "invasion" at the southern border and invoked special powers from the U.S. and Texas constitutions to respond to the crisis. 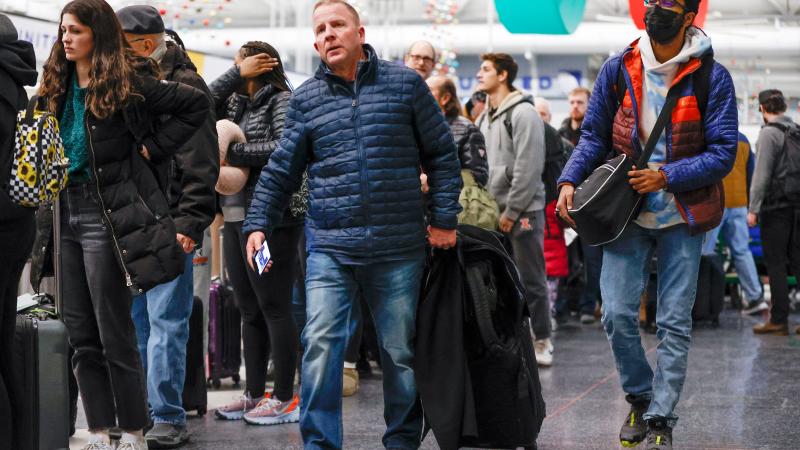