While Democrats were split on the topic, Republicans strongly believe governors do not have the authority to limit private gatherings. 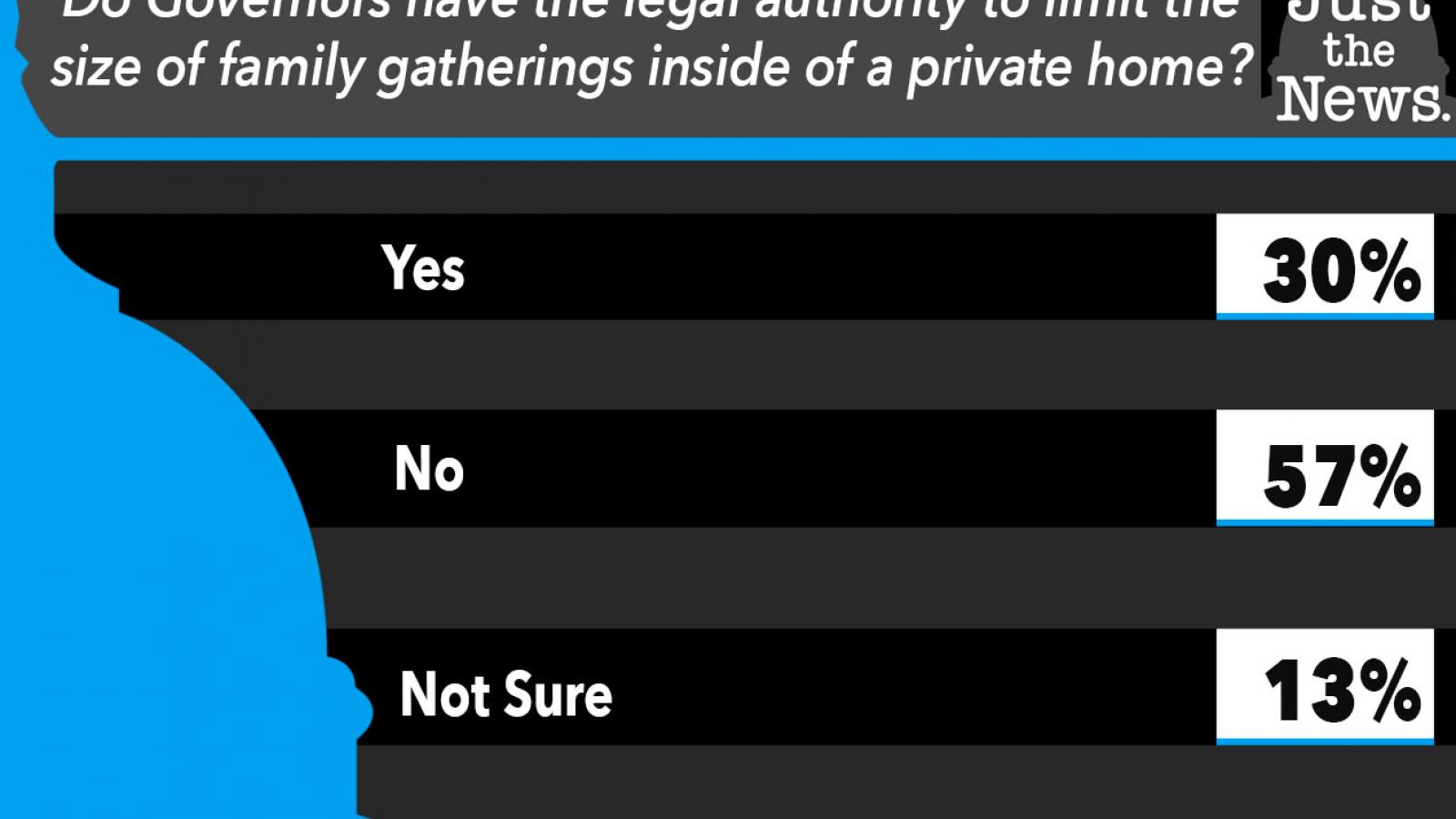 Fifty-seven percent of registered U.S. voters say governors do not have the legal authority to limit gatherings, amid an increase in coronavirus cases across the country that has resulted is some governors either imposing orders or making requests on how many family members and others can gather for traditional Thanksgiving dinners in private homes, according to a new survey from pollster Scott Rasmussen.

Thirty percent of those survey don't think governors have such authority and 13% said they were unsure.