Joe Biden is maintaining a steady 5-point lead among likely voters just 50 days before Election Day 2020, according to a new Just the News Daily Poll with Scott Rasmussen.

Out of 941 likely voters polled, 48% said they would vote for Biden, while 43% would choose Trump. The president has lost one percentage point since a similar poll roughly two weeks ago, while Biden's share of the likely vote has remained the same.

The remaining 10% of voters chose third-party candidates or were unsure for whom they would vote. 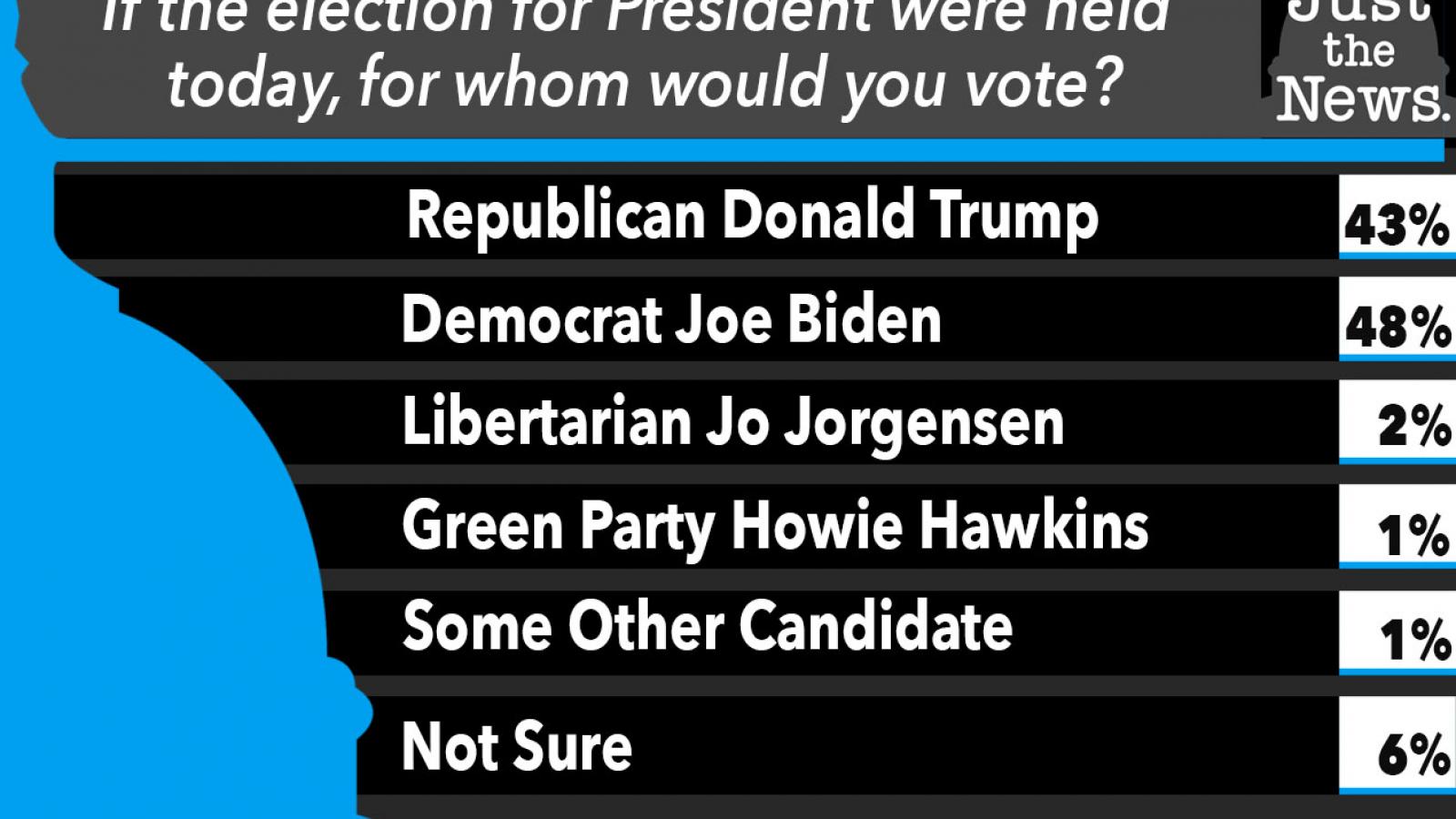 "The divides are largely what we have come to expect," Rasmussen said. "Trump leads among white voters 45 and old and those without a college degree."

"GOP voters seem more engaged and more likely to turn out," he also said. "However, Biden has a bigger lead within his party (82 points) than Trump does in his (75 points). Biden has a modest lead among Independents."

The survey of 1,200 Registered Voters was conducted by Rasmussen using a mixed-mode approach from September 10-12. The sample included 941 Likely Voters, defined as those who say they are “definitely going to vote” or “very likely to vote” and who know how they will vote. The Likely Voter sample was 36% Republican, 37% Democrat and 27% Independent.