Equal numbers of voters believe Trump, Biden are 'more ethical' than most politicians

A greater share of voters believe Trump is "less ethical," however. 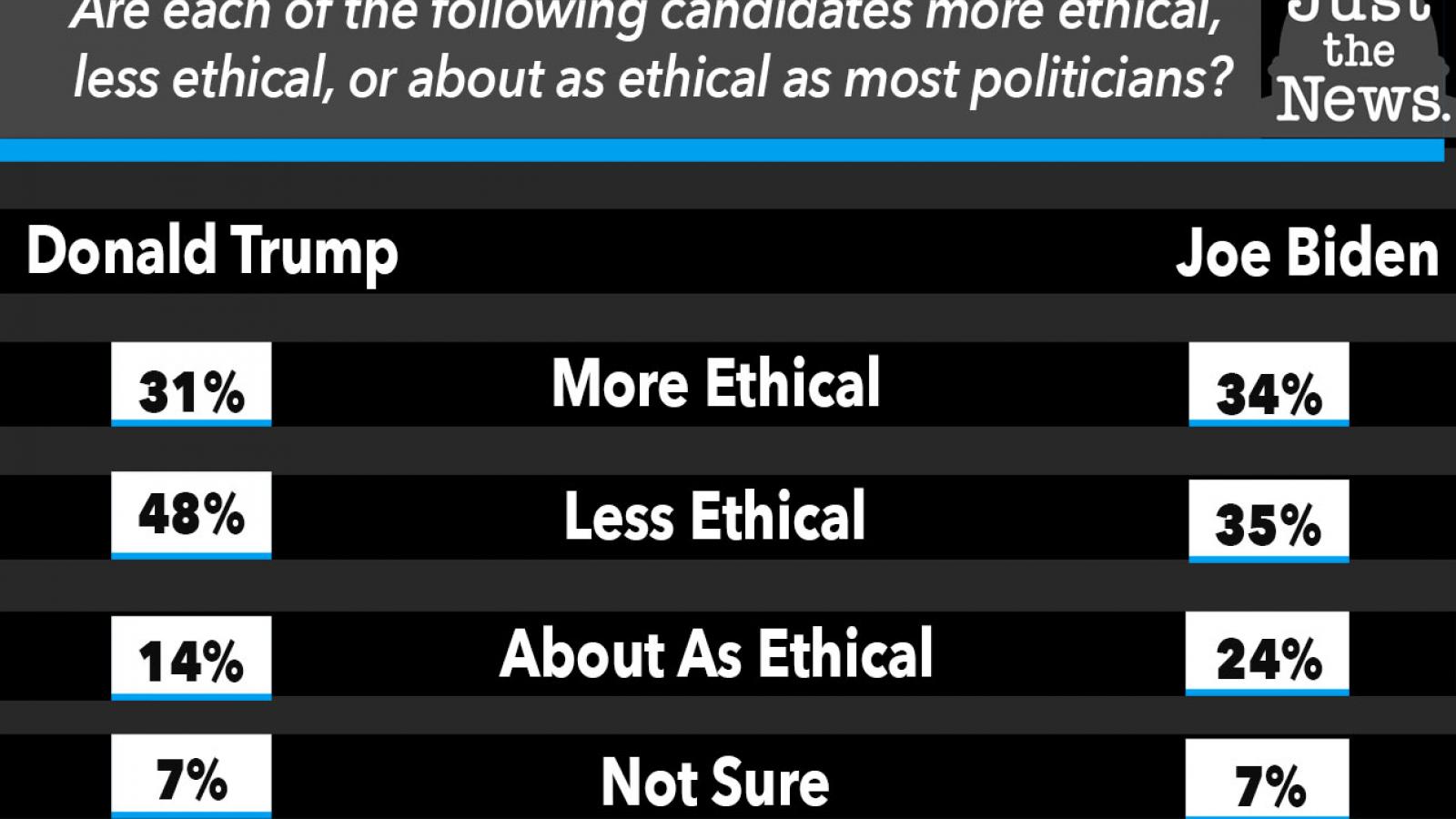 Roughly equal numbers of likely voters believe that President Trump and Democratic challenger Joe Biden are more ethical than most politicians, according to a new Just the News Daily Poll with Scott Rasmussen.

About one-third of all voters believe both politicians have more political ethics than average –  31% for Trump and 34% for Biden.

However, nearly half of those surveyed  – 48% – believe Trump is "less ethical" than average, while just 35% believe that about Biden.

The numbers come after both four years of the Trump administration and a contentious election season in which Biden has been hit with claims that he has participated in questionable business dealings with his family in the past. The New York Times has this election cycle published stories that suggest Trump's business operations are deeply in depth and that he's paid little in taxes.