Biden’s lead among women has fallen from 20 points in April to nine points today. 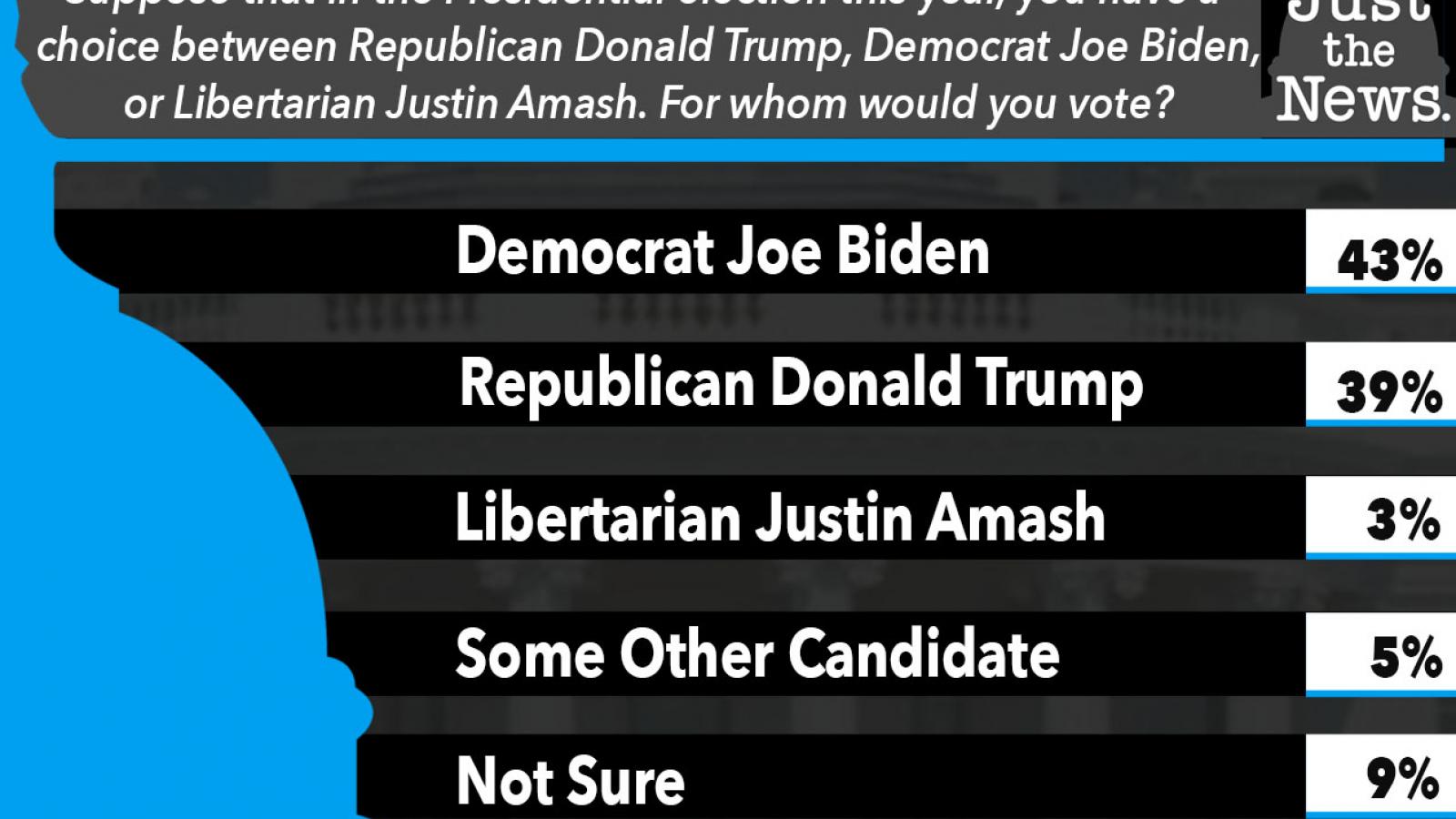 The 2020 presidential race is tightening up, with Democrat Joe Biden's support slipping, according to a new Just the News Daily Poll with Scott Rasmussen.

The results show a tightening race compared to April – from Biden +9 to Biden +4. Almost all of the movement came from Biden losing support (from 49% in the first poll to 43% now). Trump’s support is essentially unchanged. This reflects the fact that a larger number of people are slipping into the uncommitted categories (other candidates or undecided).

"Of particular note – especially given the allegations against him – is that Biden’s lead among women has fallen from 20 points in our first poll to nine points today," Rasmussen said.

Rasmussen is referring to allegations by Tara Reade, that Biden as a senator, sexually assaulted her as a senate aide, in 1993.

While the poll is not precisely comparable to the first JTN poll, Rasmussen noted that the tightening is consistent with what he's seen in many other polls.

In a series of Scott Rasmussen polls, Biden’s lead has been falling steadily by a point a week. And, consistently, it’s been a case of Biden losing ground while Trump has essentially remained steady in the polls.

"It’s important to note that this is slightly different than the first JTN poll of the race – we added Justin Amash as a Libertarian candidate (he dropped out just as the survey was wrapping up). So, unless someone new enters the race, our next survey will return to the earlier format," Rasmussen said. "While Amash impacted our poll results, it is not clear that his dropping out of the race will change the underlying dynamics. A number of voters are looking for a third party option and that's not going to change."

Among Independent voters, Biden led by 11 percentage points in the first JTN poll of the race, that’s down to a single point today. That’s mostly explained by interest in other options. In the earlier poll, 10% said they would vote for some other candidate. That figure is up to 19% today, including 6% for Amash and 13% for someone else. While a lot can change between now and November, a case could be made that Amash was helping President Trump by draining votes away from Biden.

Some other demographics of interest show that the education divide is alive and well. Among voters with a college degree, Biden leads by 19. Among those without a degree, Trump leads by six.

Trump leads by seven among retired workers. He trails by six among private sector workers and by 18 among government employees.

Trump trails by 20 in urban areas but leads by 16 among rural voters. As for the suburbs, it’s practically even—Biden 44% Trump 41%.

Just the News Daily Poll respondents were asked “Suppose that in the Presidential election this year, you have a choice between Republican Donald Trump, Democrat Joe Biden, or Libertarian Justin Amash. For whom would you vote?" They replied as below: