63% of Democrats believe the Obama Administration was largely scandal-free. That view is shared by just 25% of Independent voters and 9% of Republicans.

As Joe Biden appears poised to official gain the Democratic presidential nomination, 40% of voters today say the Obama administration, in which Biden was the vice president, had at least one major scandal, 34% say it was 'largely scandal-free'  according to a new Just the News Daily Poll with Scott Rasmussen. 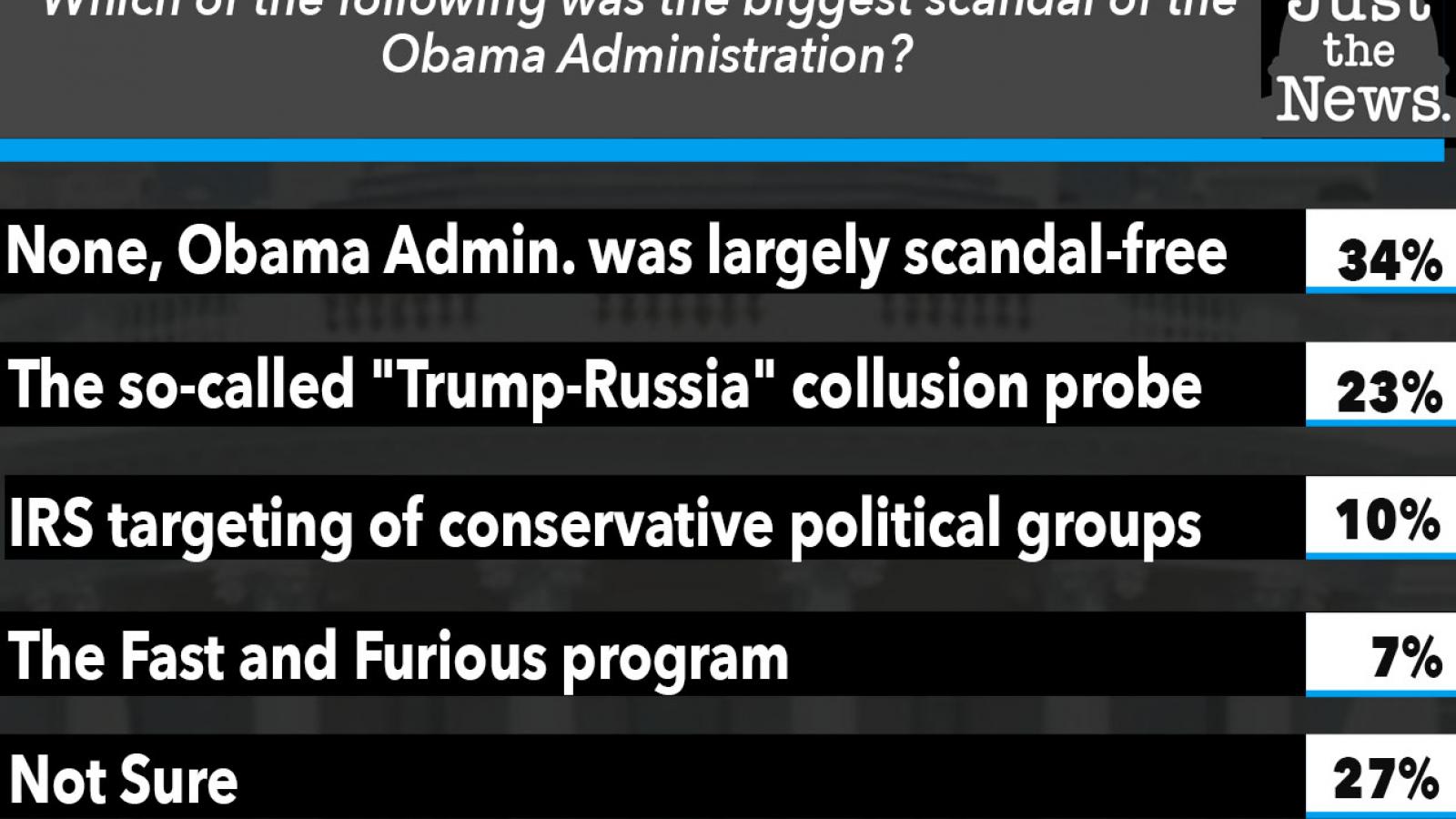 Biden was a visible presence within the Obama White House, and today 63% of Democrats believe the Obama administration was largely scandal-free. That view is shared by just 25% of Independent voters and 9% of Republicans.

Among all voters, 34% see no scandals during the Obama era.

The poll was taken amid recently released, declassified documents that suggest that members of the administration were part an aggressive effort to monitor the incoming Trump administration over concerns the campaign had colluded with Russia.

Rasmussen noted that "There is a related racial divide on this question. 50% of black voters believe Obama’s term was scandal-free. Thirty-eight percent (38%) of Hispanic voters agree, along with 31% of white voters."

Among Republicans, 43% believe the Trump-Russia collusion probe was the biggest scandal.

Just the News Daily Poll respondents were asked “Which of the following was the biggest scandal of the Obama Administration?" They replied as below: