Majority of voters, including nearly half of Democrats, prefer to live where gun ownership is legal

Just one-quarter want to live where guns are outlawed. 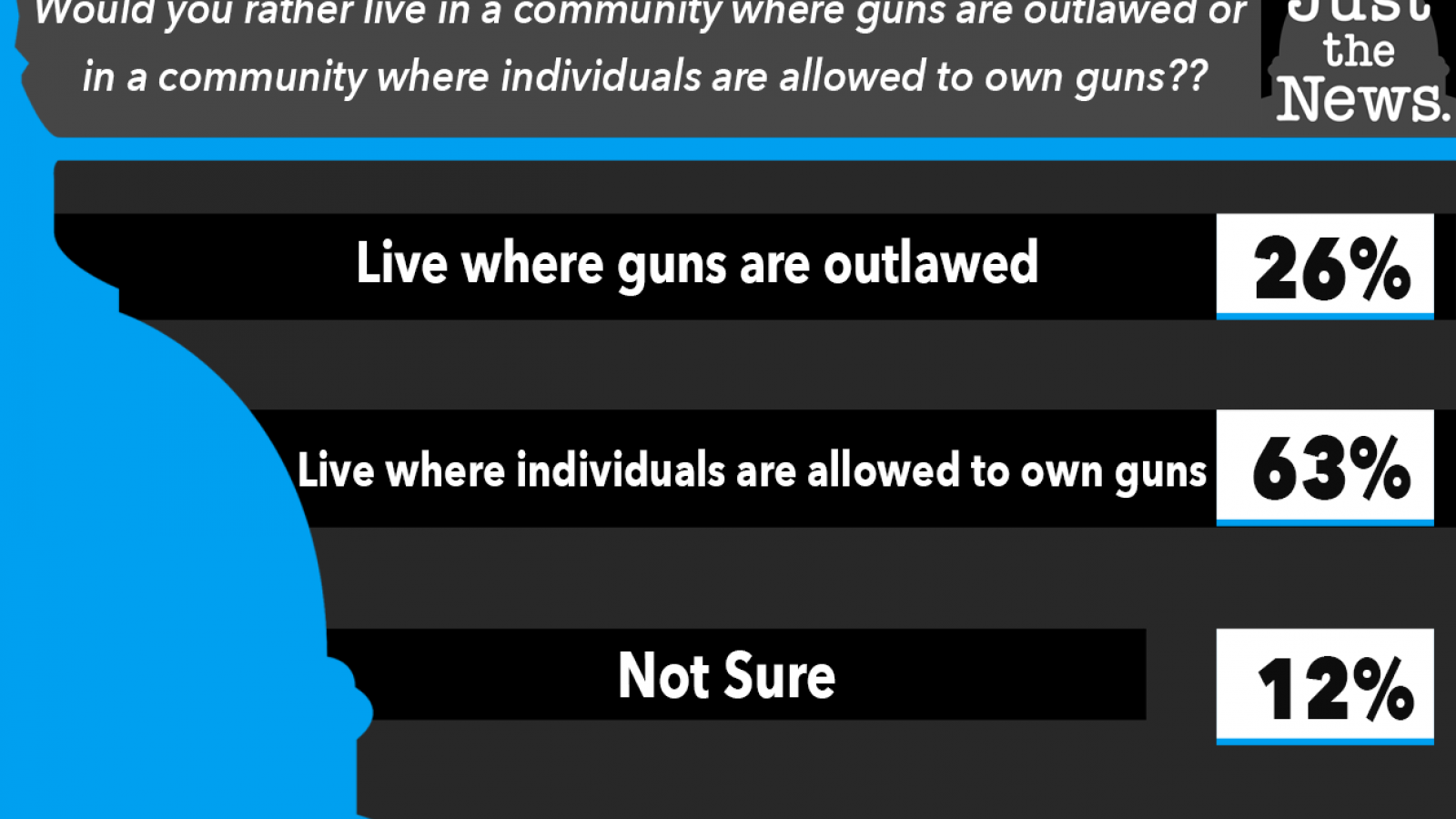 A strong majority of U.S. voters in a new Just the News Daily Poll with Scott Rasmussen – including nearly half of Democratic voters surveyed – say they would prefer to live in communities where gun ownership is legal.

The remaining 12% was unsure.

When broken down by political party alignment, the overwhelming majority of Republican voters – 83% – said they'd prefer to live in gun-friendly areas. Notably, nearly half of all Democratic respondents – 45% – said the same thing. Democrats have historically been more favorable to gun control than have Republicans.

Gun ownership has been established by the Supreme Court as a broad constitutional right. However, states have enacted restrictions on gun owners, which has resulted in some such as Texas having relatively high rates of gun ownership, while others like Vermont have significantly lower rates.