Just over a third believe they are 'serving the public.' 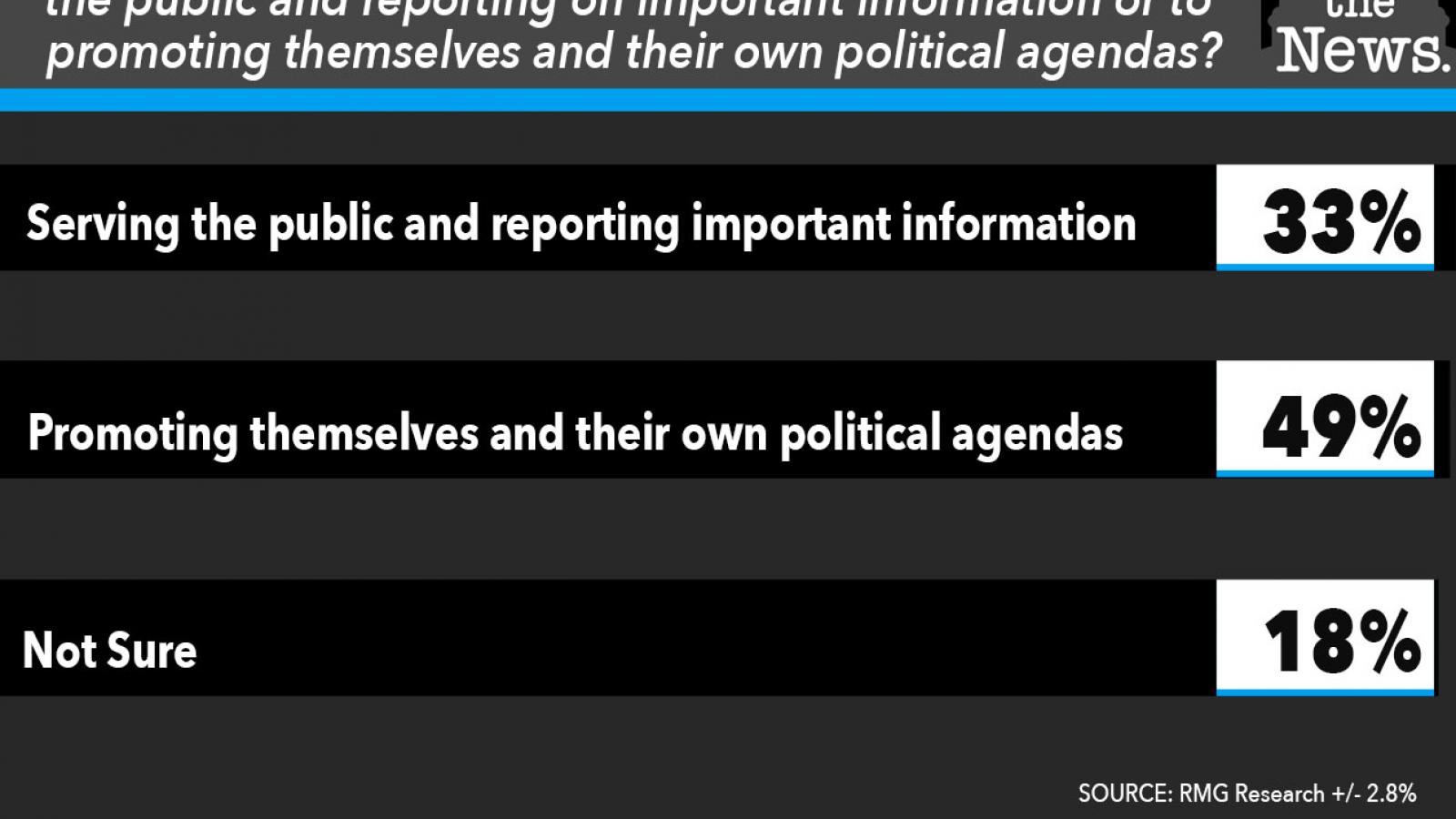 Nearly half of U.S. voters think the White House press corps works more on self-promotion and personal political priorities than reporting the news, according to a new Just the News Daily Poll with Scott Rasmussen.

Just 33% of voters said the press corps is "serving the public and reporting important information," while 49% said press corps members are "promoting themselves and their own political agenda."

Eighteen percent said they were unsure.

"This is consistent with a wide range of survey research showing that voters view political reporters as activists rather than journalists," Rasmussen said.

"And, as with just about all results concerning political media, Republicans and conservatives are more skeptical than Democrats and liberals," he said. "In fact, Very Liberal voters were the only measured demographic group where a plurality (42%) viewed the White House press corps as serving the public."

The press has a contentious relationship with President Trump, marked by White House reporters often trading jabs and accusations with the president, who in turn has sharply criticized the American media for what he says is their unfair treatment of him.