Less than one-third of poll respondents supported such reparations. 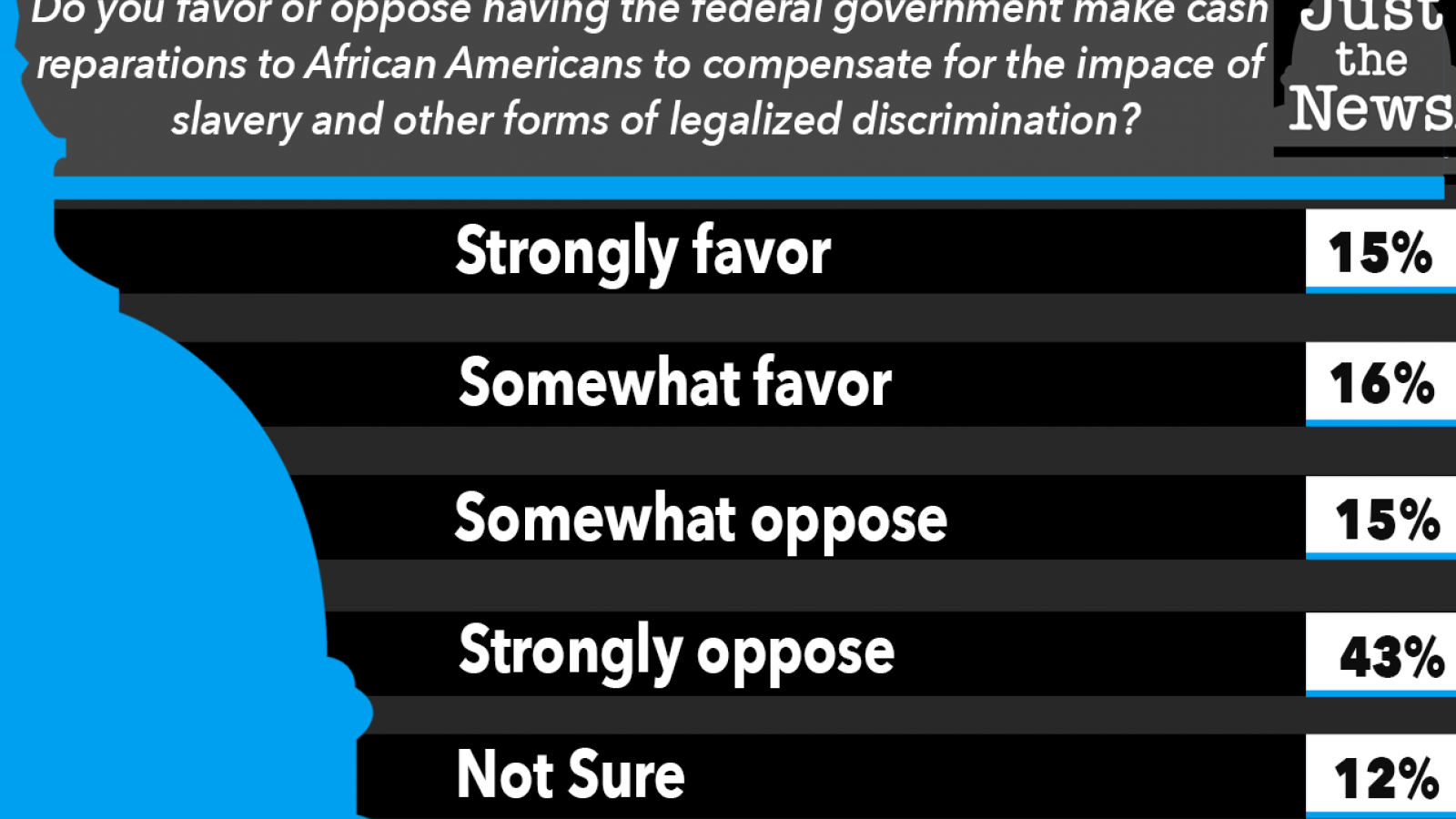 A solid majority of voters are opposed to extended cash payments to black Americans as reparations for the historical injustices of slavery, according to a new Just the News Daily Poll with Scott Rasmussen.

Nearly 60% of the voters express opposition to such a plan, which has been proposed and debated for several decades. Fewer than one-third of all voters support it. However, idea has renewed energy now that Democrats control the House, Senate and White House. The House again has a bill to appoint a reparations commission.

President Biden supports the idea behind the bill, and Vice President Kamala Harris as a senator endorsed it.

Just 12% of voters in the new poll were unsure about where they stood on the idea.

Activists and others have argued over many years that black Americans have been preemptively disadvantaged by the 250-year-long institution of slavery that saw millions of black men, women and children enslaved throughout the country.

The survey of 1,200 registered voters was conducted by Rasmussen using a mixed mode approach from March 4-6, 2021.