'There’s nothing like having a Republican in the White House – especially this Republican –to make those on the political left appreciate the value of federalism – pollster Scott Rasmussen. 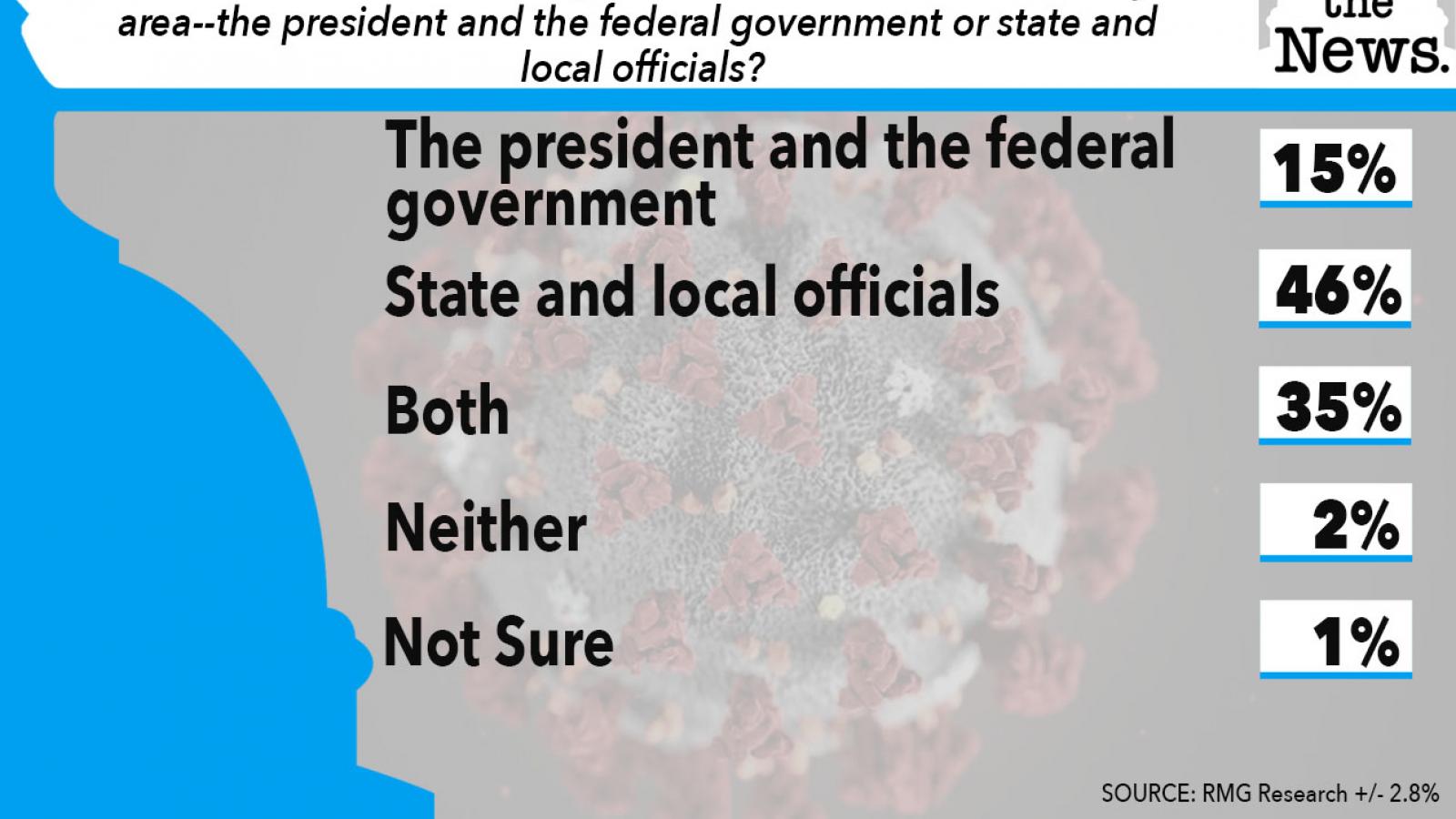 All politics is local, the saying goes, and Americans still agree. Forty-six percent (46%) of registered U.S. voters want decisions about re-opening the country after the coronavirus to be made by state and local officials. Only 15% think it should be a federal decision, according to the Just the News Daily Poll with Scott Rasmussen.

"Usually, of course, liberals want more control for the federal government. However, in this case, 64% want decisions made by state and local officials," Rasmussen said. "I guess there’s nothing like having a Republican in the White House – especially this Republican – to make those on the political left appreciate the value of federalism."

"Voters are almost always more comfortable with decisions being made closer to home, and that is certainly the case with the lockdowns," Rasmussen said. "This makes sense since the impact of the coronavirus is likely to be much different in different parts of the country. Still, 35% think both federal and state/local officials should be involved. A plurality (44%) of Republicans hold that view. Presumably that’s because they want the president to play some role in the process, especially given the tension about how and when to re-open society."

Respondents were asked: “When it comes time to end the lockdown, who should make the decisions about when to re-open activities and businesses in your area – the president and the federal government or state and local officials?" They replied as below:

Rasmussen said that in his most recent book, The Sun is Still Rising: Politics Has Failed But America Will Not, he makes the case that decentralization of power is the future of American politics.

"Over the past four decades, while the political system has been growing more centralized, America’s culture has been moving in the opposite direction," he said. "Following the invention of the microchip and what I call the Great Turnaround, everything in America has been decentralizing – everything that is except our political system. The disconnect between a decentralizing society and a centralizing government is simply not sustainable. It’s also the reason that so much of our political dialogue seems so irrelevant or toxic. Twenty-first century politics is simply out of synch with 21 century America."