By a decisive margin, voters want their local schools open for in-person learning, according to a new Just the News Daily Poll with Scott Rasmussen. 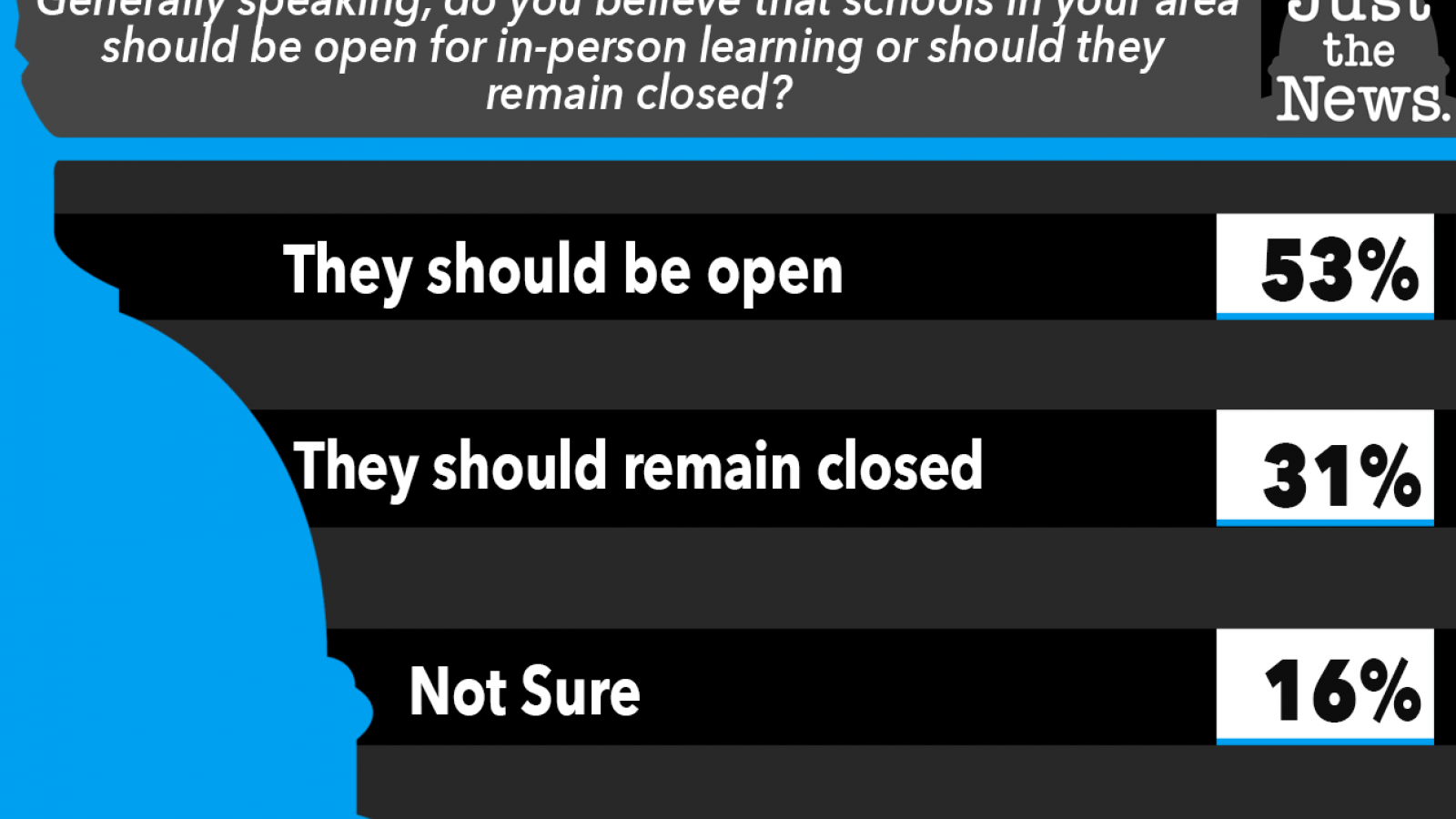 A majority of 53% of registered voters surveyed believe classrooms in their area should be open, while just 31% prefer they remain closed.

The finding comes as Chicago's mayor and public school authorities are locked in a tense standoff with teachers over when and how to reopen public schools. K-8 teachers defied an order by Chicago Mayor Lori Lightfoot to return to classrooms Monday.

While GOP voters overwhelmingly favor opening schools by 72%-19%, opinion is evenly split even among Democrats, who narrowly favor keeping classrooms closed by 42%-39%. The finding is significant, given the party's long alliance with teachers' unions.

Both men and women support opening, although men favor that option by a larger margin than women.

A large majority of white voters back opening (59%-26%), while near-majorities of African-Americans and Hispanics prefer keeping schools closed, the former by 49%-30% and the latter by 46%-41%.