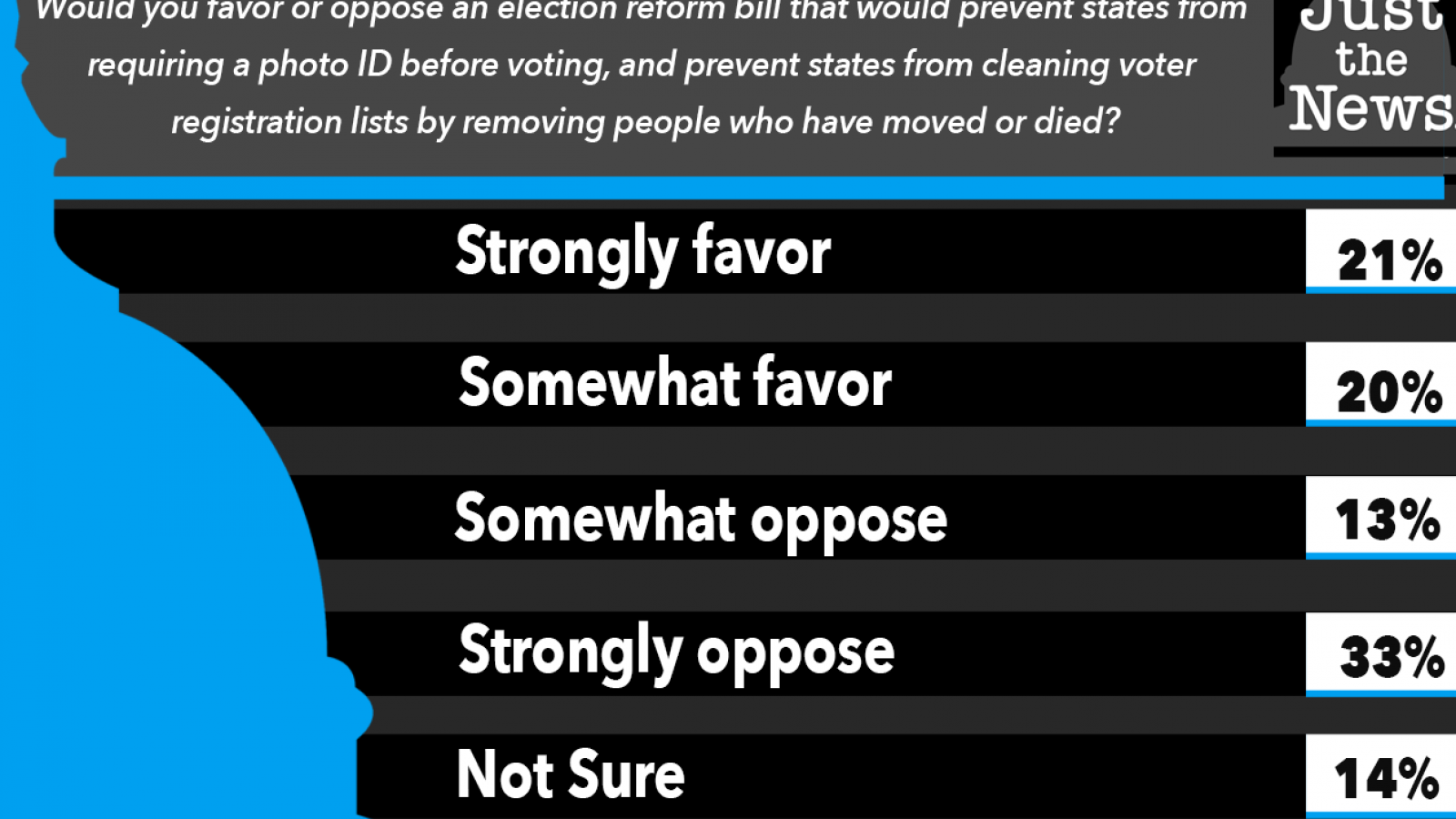 A plurality of voters oppose a sweeping Democratic election reform bill that would empower Washington to compel states to relax election security safeguards, according to a new Just the News Daily Poll with Scott Rasmussen.

By a margin of 46%-41%, respondents said they opposed a proposed election overhaul plan that would prohibit states from requiring photo ID to vote and make it hard to clean voter registration lists by removing people who have moved or died.

Sponsored by Democratic Rep. John Sarbanes, HR 1, dubbed the "For the People Act," would ban state voter ID laws, register 16-year-olds (though they won't be able to vote until 18), and override restrictions on felons voting, among other changes.

Supporters of the bill argue that Latino and black voters will be disenfranchised without the bill. Despite this, Latinos were evenly split on the bill in the poll, with 42% opposed, 41% in favor and 17% unsure. A near-majority of black voters (49%) favor the bill, but roughly a third (32%) are opposed.