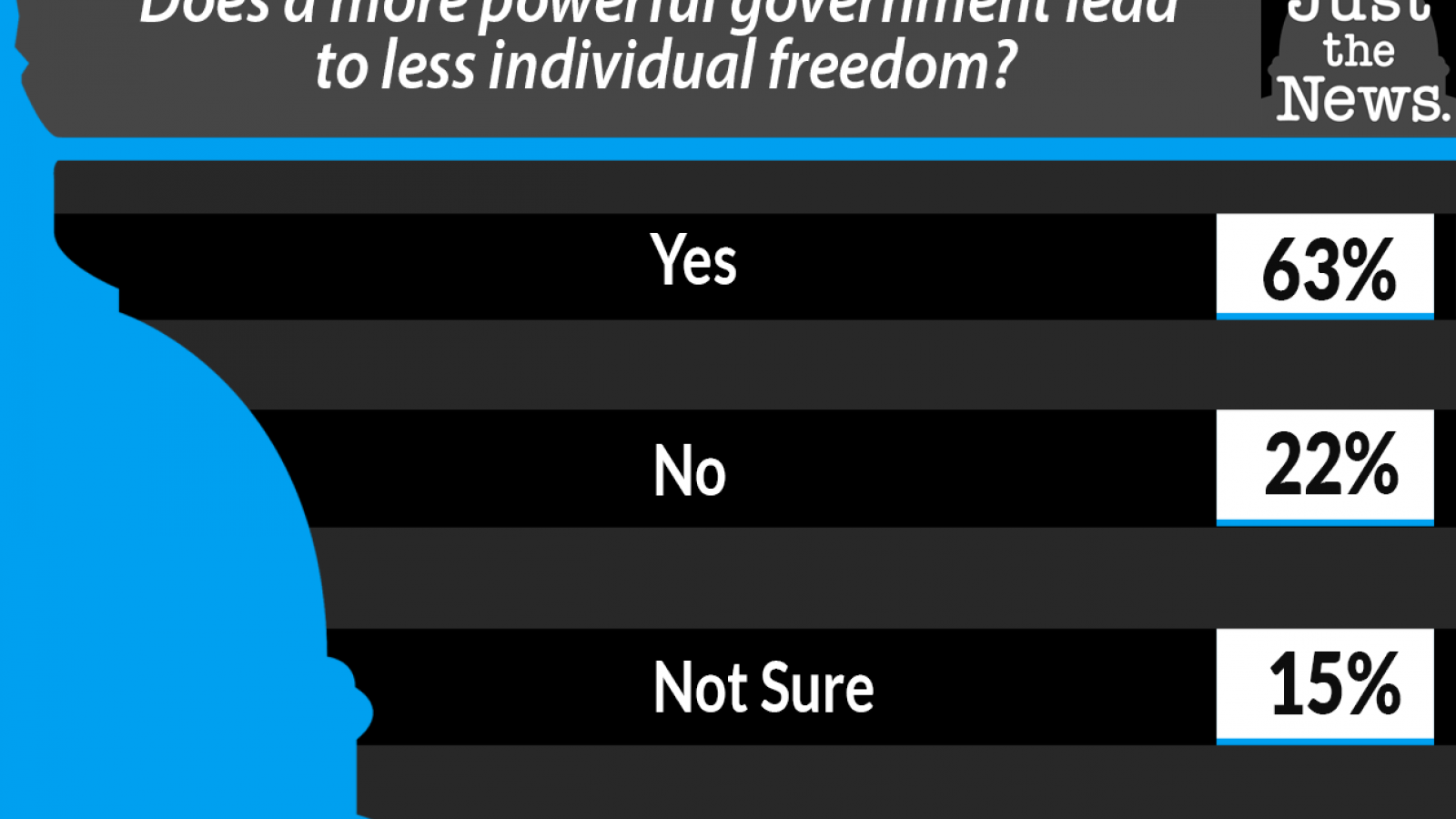 A strong majority of U.S. voters say an increase in the power of government leads to a decrease in individual freedom, according to a new Just the News Daily Poll with Scott Rasmussen.

Sixty-three percent said increasing government's power means individual Americans will enjoy less freedoms. Just 22% disagree with that proposition, while 15% were "not sure."

The responses by party affiliation were largely as expected, with a higher percentage of Republicans than Democrats expressing concern about the loss of individual freedom. However, some of the responses appeared unexpected:

Seventy-nine percent of Republicans said more government means less freedom, but a near-majority Democrats – 49% – also had that concern, as did 50% of "somewhat liberal" respondents.