A hypothetical "Patriot Party" led by former President Donald Trump would win the support of almost a quarter — 23% — of the electorate, bumping the GOP down to third place with just 17%, according to a new Just the News poll with Scott Rasmussen.

The startling survey result comes amid reports that Senate Republican support for convicting Trump in an impeachment trial is fast eroding.

A Trump third party could provoke a pivotal realignment in American politics. With the support of 46% of registered voters in the new poll, Democrats would reap the benefits of a fractured opposition and entrench themselves as the nation's dominant party — even without majority support. 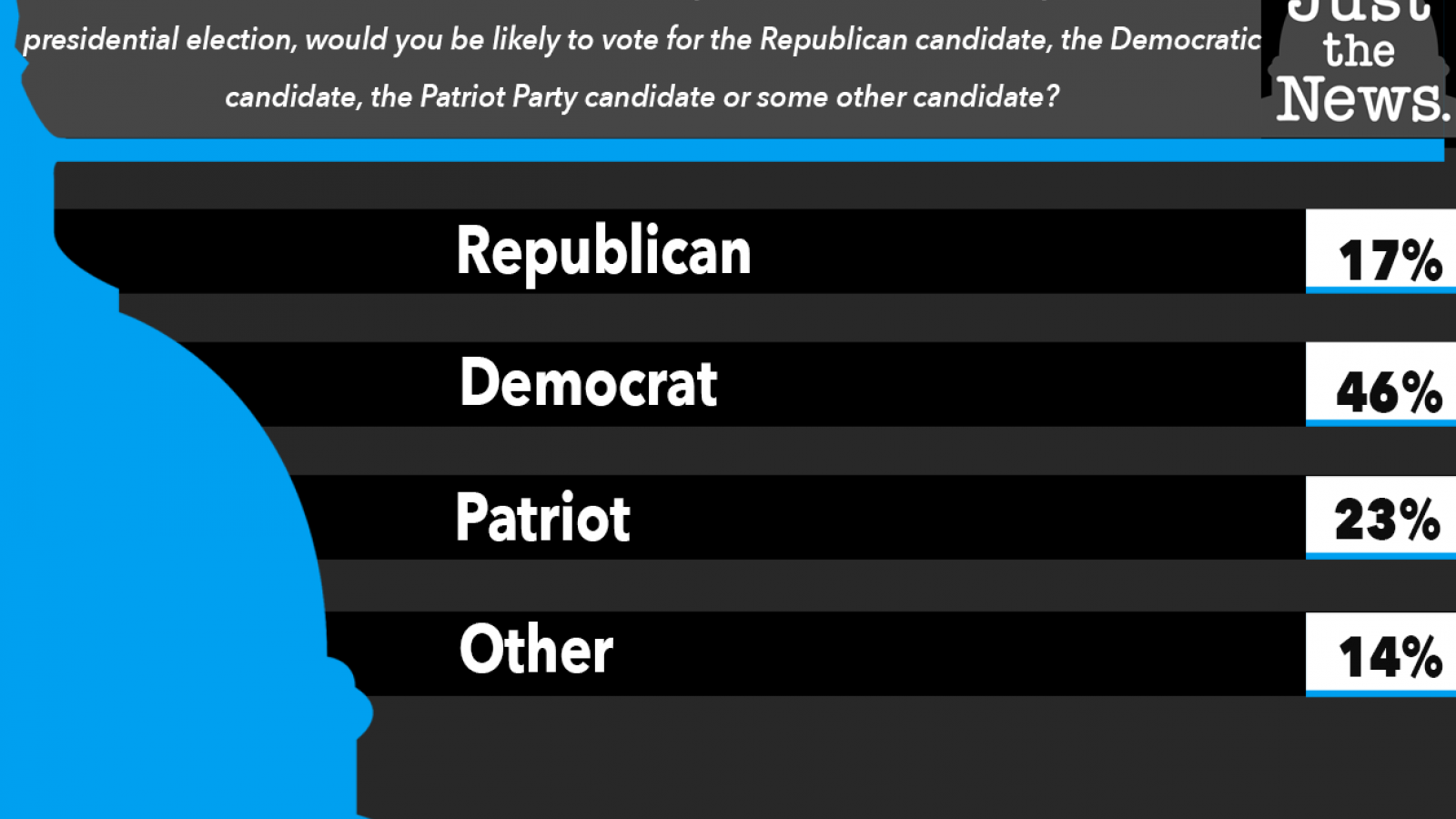 Among "very conservative" voters — who make up a disproportionately large bloc within the Republican primary electorate — a Trump Patriot Party crushes the GOP 55%-24%. Should Trump remain in the GOP, his wide lead among these highly motivated voters affords him great leverage to influence the direction of the party by wielding the threat of conservative primary challenges against establishment Republicans ill at ease with the former president's combative brew of conservatism infused with populism and nationalism.

Despite Trump's outperformance in 2020 of recent GOP presidential candidates among minorities, African-American and Hispanic voters effectively split evenly between the GOP and a Patriot Party in the the new poll.

The survey of 1,200 registered voters was conducted by Scott Rasmussen using a mixed-mode approach from Jan. 21-23, 2021.