Less than one-quarter of respondents said it was unimportant. 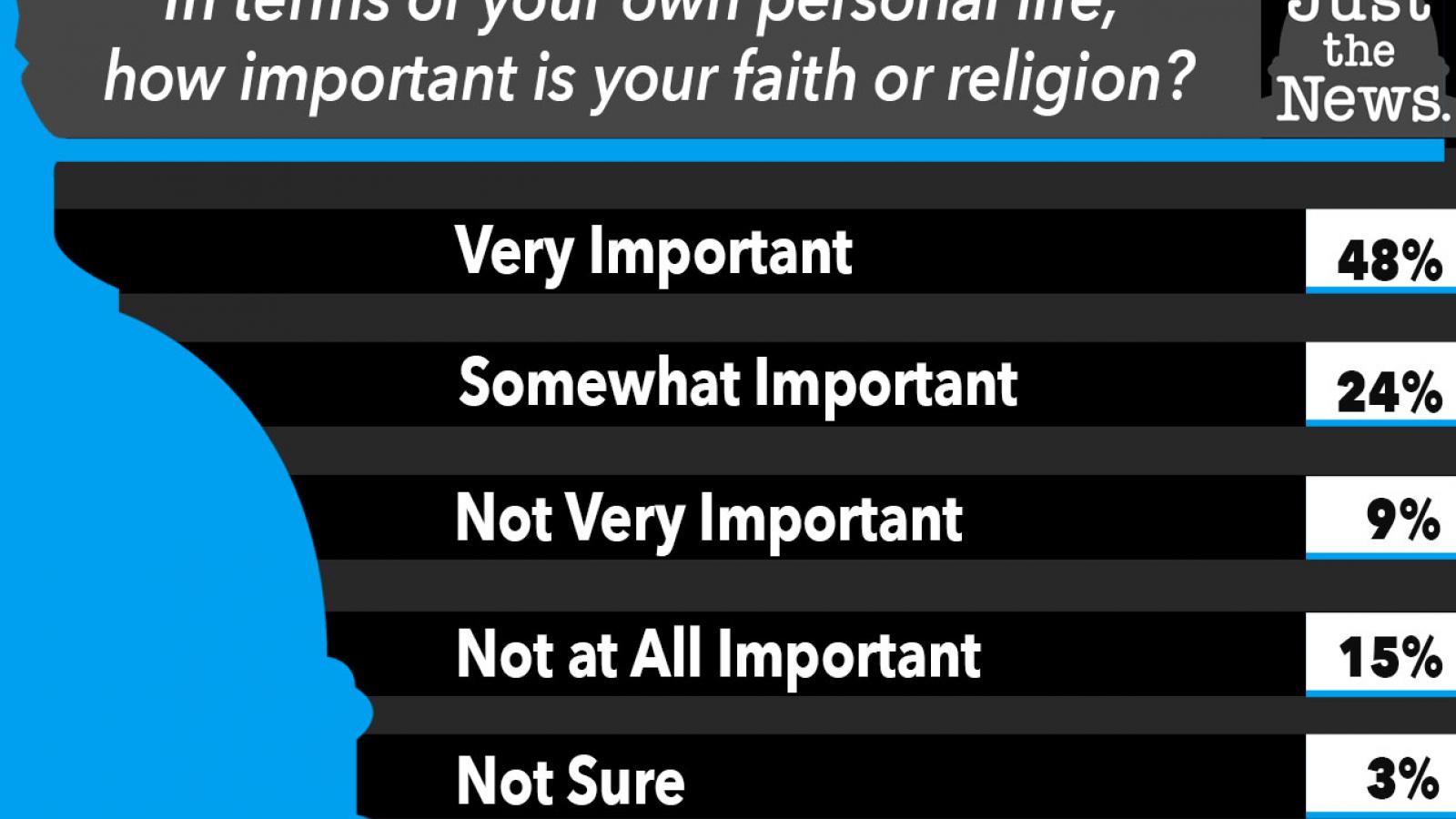 The vast majority of U.S. voters say their religious faith plays an important role in their personal life, according to a new Just the News Daily Poll with Scott Rasmussen.

A full 72% of voters say that their "religion or faith" is either somewhat or very important to them. Just 24% of voters said religion holds little to no significance in their personal lives.

Only 3% of respondents said they were unsure.

The high number of respondents who cite religion's importance in their lives is "a reality often ignored in the political world," Rasmussen said.

He cited further data indicating that, when faith and law conflict, just 41% of Americans would follow the law.