Democratic candidates have 5-point lead over Republicans among likely voters. 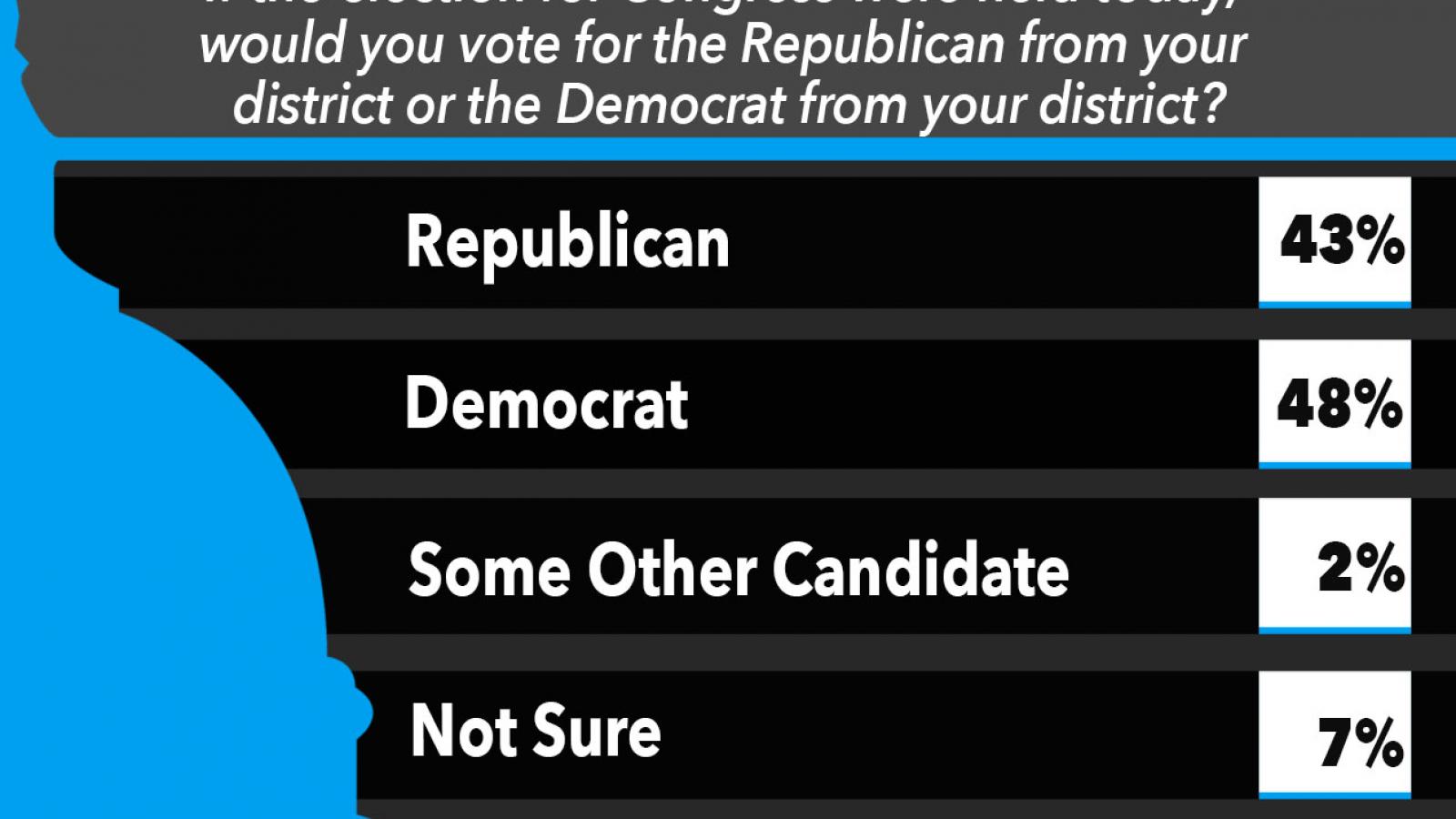 Democratic congressional candidates are maintaining a 5-percentage-point advantage over Republican candidates nationwide, according to a new Just the News Daily Poll with Scott Rasmussen.

Among likely voters, 48% said they would choose the Democrat running in their district over the Republican alternative, while 43% percent said they'd opt for the GOP pick.

The remaining 9% of respondents were either unsure or were opting for a third-party candidate.

Rasmussen pointed out that Democrats'  5-point advantage is slightly less than the eight-point lead Joe Biden is holding over President Trump.

"Particularly noteworthy are the results from the suburbs," Rasmussen continued. "Trump trails Biden by 9 points in the suburbs. However, on the Generic Ballot, Republicans trail by just 2. There is no such difference between rural voters or urban voters."

"Also of interest is the fact that Republicans do a net six points better among nen in the Generic Ballot than they do on the presidential question," he also said. "There is only a 2-point gap among women."

The survey of 1,240 Likely Voters was conducted by Rasmussen using a mixed mode approach from October 8-10, 2020.