Over 30% of Biden voters see him as "the lesser of two evils."

President Trump voters are more excited to vote for their candidate than Joe Biden voters are for theirs, according to a new Just the News Daily Poll with Scott Rasmussen.

Among a sample of likely voters, 82% of Trump supporters said they were "excited about [their] candidate." Sixty-seven percent of Biden voters felt that way.

Just 17% of Trump voters consider the Republican candidate the "lesser of two evils," compared to 31% of Biden voters who applied that label to the Democratic presidential challenger. 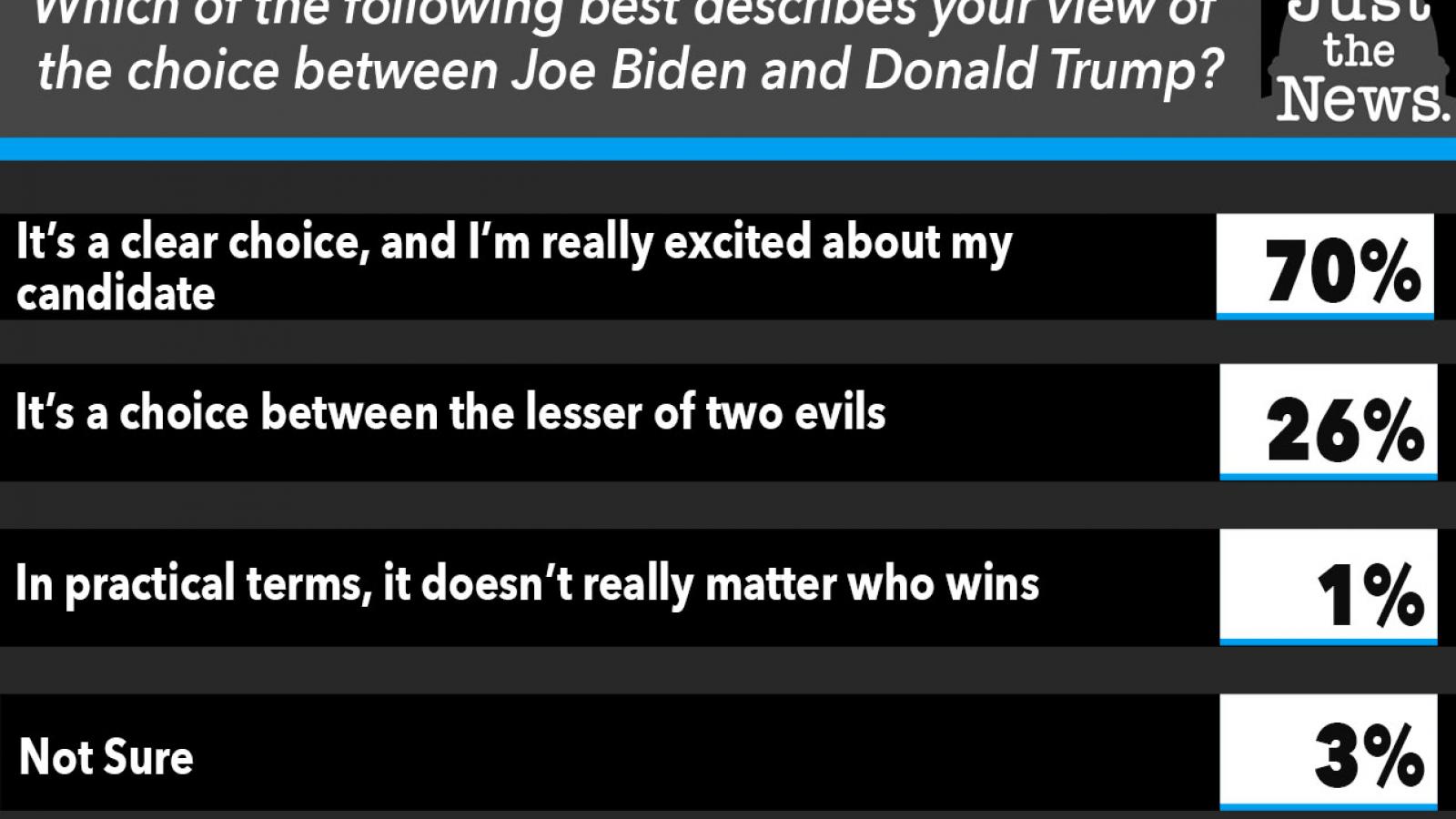 Those numbers are a slight but notable change from their pre-debate levels, Rasmussen said.

"Prior to the first debate, on Sept. 29, 83% of Trump supporters were excited," he said. "After, that number held steady at 82% But the number supporting Trump declined slightly."

"As for Biden, 72% of those supporting him before the debate were excited," Rasmussen continued. "That slipped to 67% after. It's basically a shift within the margin of error, but it does show that Biden did not benefit by comparison on the stage in Cleveland."

The survey of 1,200 Registered Voters was conducted by Rasmussen using a mixed-mode approach from October 1-3, 2020.

The sample included 763 Likely Voters were defined as those who say they are “Definitely going to vote” or “Very Likely to Vote” and who know how they will vote. The Likely Voter sample was 37% Republican, 39% Democrat, and 24% Independent.