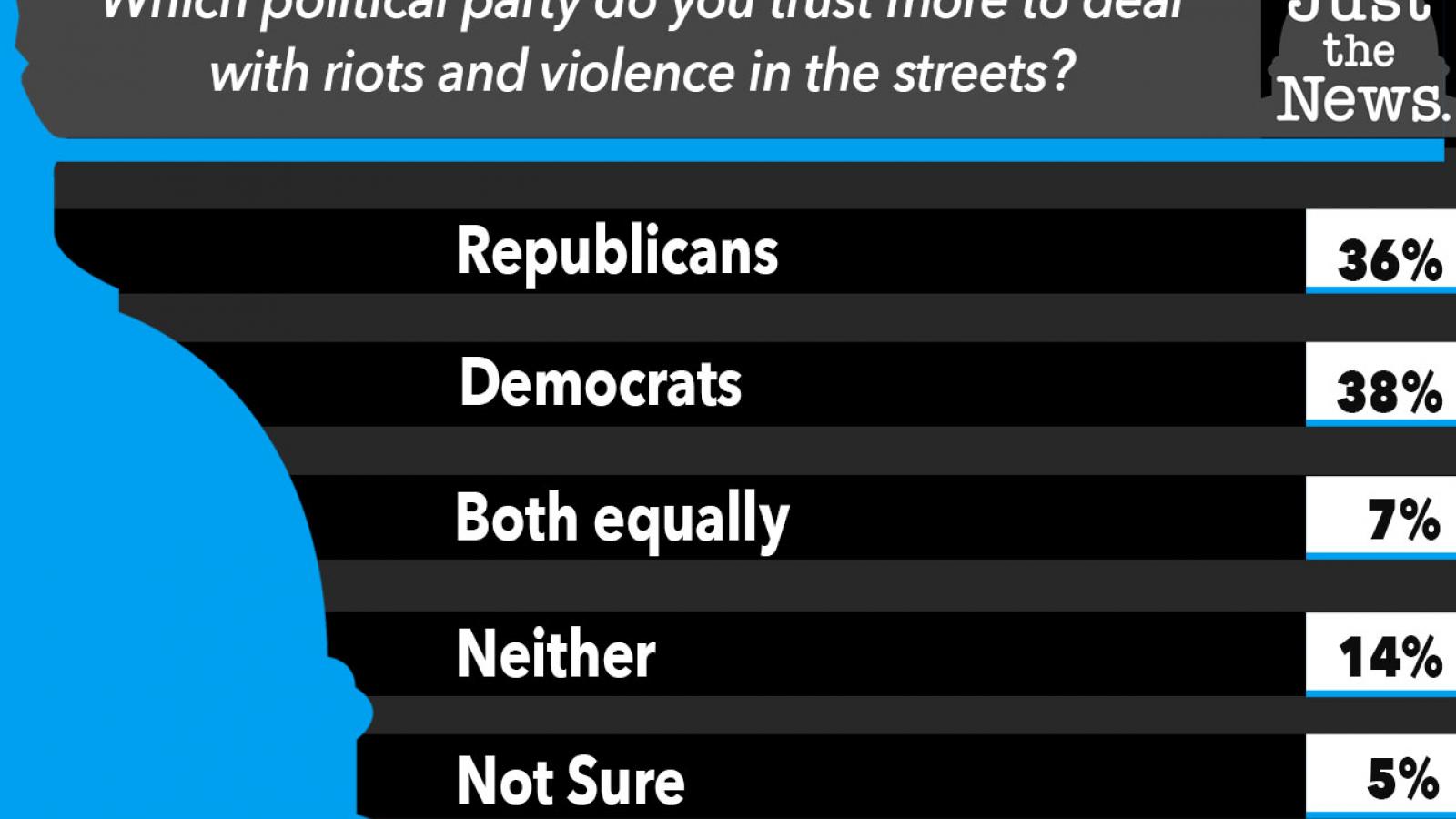 U.S. voters are evenly divided on which political party they think can best manage the violent protests associated with the social-justice demonstrations that have gripped the country over the past several months, according to a new Just the News Daily Poll with Scott Rasmussen.

A total of 38% of voters say Democrats are more capable of addressing the issue, while 36% say Republicans can do a better job. Just 7% say both parties are equally capable, while 14% say neither party is up to the task.

The violent protests — marked by arson, looting, and physical violence from Seattle to New York — have largely been associated with the demonstrations in response to the May 25 death of George Floyd while in Minneapolis police custody.

"Given that Biden has a solid lead among registered voters, this finding is somewhat encouraging for the Trump campaign," Rasmussen said. "The more the conversation shifts away from civil rights to law and order, the better it is for President Trump."

The survey of 1,200 registered voters was conducted by Scott Rasmussen using a mixed mode approach from Aug. 20-22, 2020.