"Here’s the good news. The cancel culture agenda will only succeed if we let it." 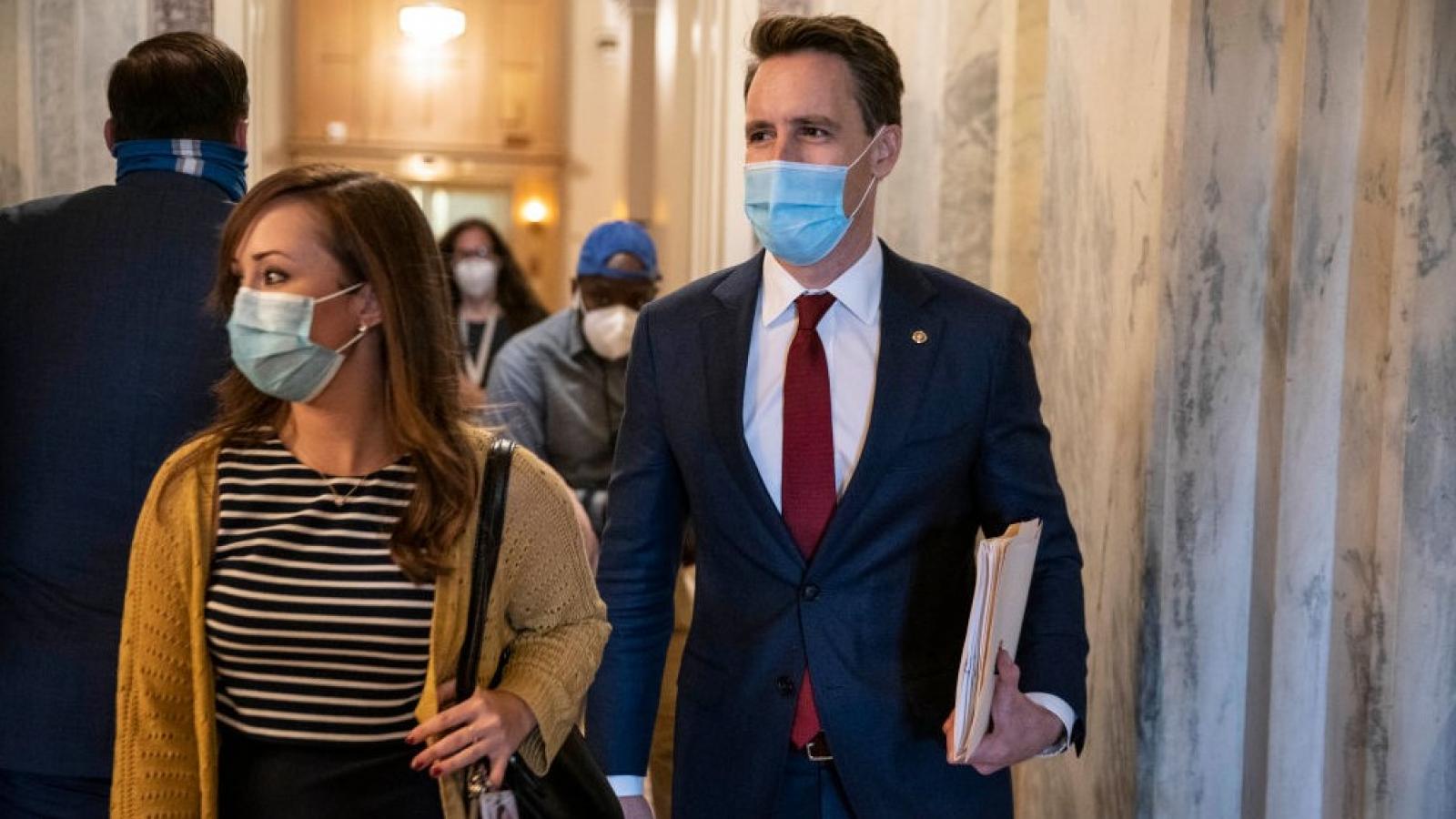 Sen. Josh Hawley, a Republican from Missouri, has his own term for the "cancel culture" – social credit score.

Hawley, who has been targeted ever since he objected Jan. 6 to certifying Pennsylvania's election results in a join session of Congress, has had a book contact canceled and has had to move some events from venues whose parent companies object to his politics.

He penned a powerful op-ed piece for The New York Post on Monday, opening with: "Have you checked your social credit score lately? You might want to. Mine seems to have taken a nosedive this month. You might want to see how yours is doing."

"Everyone knows what a credit score is," he continued. "But social credit scores are new. They’re the latest corporate import from Communist China, where government and big business monitor every citizen’s social views and statements," he wrote. "And they’re the latest form of cancel culture in this country, as corporate monopolies and the left team up to shut down speech they don’t like and force their political agenda on America. For those who still believe in free speech and the First Amendment, this is the time to take a stand."

The senator said that he was punished when a corporate publishing house canceled his planned book and "corporate America is canceling my political events," it'll all get worse.

"The tech titans have already booted dozens of conservatives off social media, and if they have their way, half the House Republican conference will be expelled from Congress. The corporate titans seem to believe that the only way to get a democracy to their liking is to eliminate all threats to the Democratic Party’s unified control of government," he wrote. "The alliance of leftists and woke capitalists hopes to regulate the innermost thoughts of every American, from school age to retirement. And they’ve trained enforcers of the woke orthodoxy to monitor dissent or misbehavior."

But Hawley ended his piece on an optimistic note, saying all is not lost.

"Here’s the good news. The cancel culture agenda will only succeed if we let it. We need live in fear only if we choose to say nothing. In this time of testing, conservatives must not shrink back. We need to stand up for the right of every American to be heard," he wrote. "We need to stand up for the basic principles that join all Americans together – the right to speak freely, to debate openly, and to address our differences graciously without fear of being silenced or punished for dissenting views."

And he pledged: "I for one am not going to back down. My book will be published, and I will continue to represent the people of my state without fear or favor, whatever the left or the corporations say. The powerful see in the present moment an opportunity to consolidate their control over society and to squelch dissent. That means those who believe in the First Amendment and the fundamental principles of American liberty must now take a stand, while we still can," Hawley wrote.