North Korea says it successfully tested recently developed long-range cruise missiles over the weekend, highlighting the country's desire to continue to expand its military capabilities as nuclear talks with the U.S. have stalled.

The Korean Central News Agency – a state run outlet – reported that the missiles are able to hit targets up to 930 miles away. The outlet published photos of what appeared to be a missile being fired from a launcher truck.

"In all, the efficiency and practicality of the weapon system operation was confirmed to be excellent," reported the outlet.

The weekend launch is the first known test of its kind from the North in months. In turn, the weapons were hailed by the country's government as "strategic weapons of great significance," a phrase that could indicate that missiles were developed with the intent to arm them with nuclear warheads.

North Korea has repeatedly claimed that it needs nuclear capability in order to adequately defend itself from American and South Korean hostility. The global community has a desire to see the North abandon its pursuit of nuclear weapons, but such negotiations have been on pause since the 2019 collapse of a summit between King Jong Un and then-President Trump. 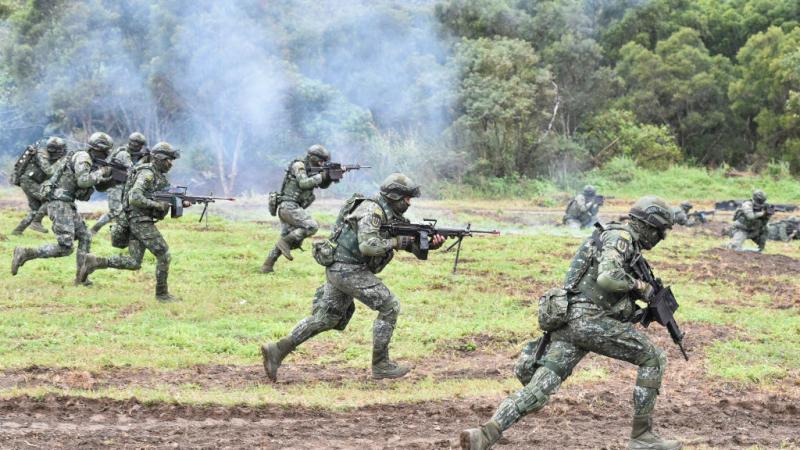 U.S. special operations troop, Marines have been deployed to Taiwan for at least a year, report