"This is a criminal act and John Kerry must be immediately investigated and PROSECUTED," Rep. Elise Stefanik of New York tweeted about former secretary of state's reported leak.

U.S. Special Presidential Envoy for Climate John Kerry on Monday pushed back against the claim that he had informed Iranian Foreign Minister Mohammad Javad Zarif that Israel targeted Iranian forces in Syria in at least 200 attacks.

"I can tell you that this story and these allegations are unequivocally false," tweeted Kerry, who previously served as secretary of state during the second term of the Obama presidency. "This never happened — either when I was Secretary of State or since."

Zarif reportedly made the claim about Kerry in leaked audio that was recorded in March. "It was former US Foreign Secretary John Kerry who told me Israel had launched more than 200 attacks on Iranian forces in Syria," Zarif said, according to Iran International.

State Department spokesperson Ned Price during a Monday press briefing said that he could not comment on the authenticity or accuracy of the reportedly leaked audio. "I would just make the broad point that if you go back and look at press reporting from the time, this certainly was not secret, and governments that were involved were speaking to this publicly on the record," Price said.

Multiple Republican lawmakers have called for Kerry's resignation or ouster in connection with the reporting about Kerry.

"This is a criminal act and John Kerry must be immediately investigated and PROSECUTED," Rep. Elise Stefanik of New York tweeted. "President Biden must immediately remove John Kerry from any government or advisory position."

"It's unfathomable that any U.S. diplomat, past or present, would leak intelligence to the world's leading sponsor of terrorism at the expense of one of our staunchest allies," Rep. Mike Gallagher of Wisconsin said in a statement. "If this report is accurate and he did leak intelligence, John Kerry should resign."

"Until we have clarity and know the truth, President Biden must remove John Kerry from all access to and briefings on national security intelligence," Florida Sen. Rick Scott said in a statement. "If these allegations are true, he must resign." 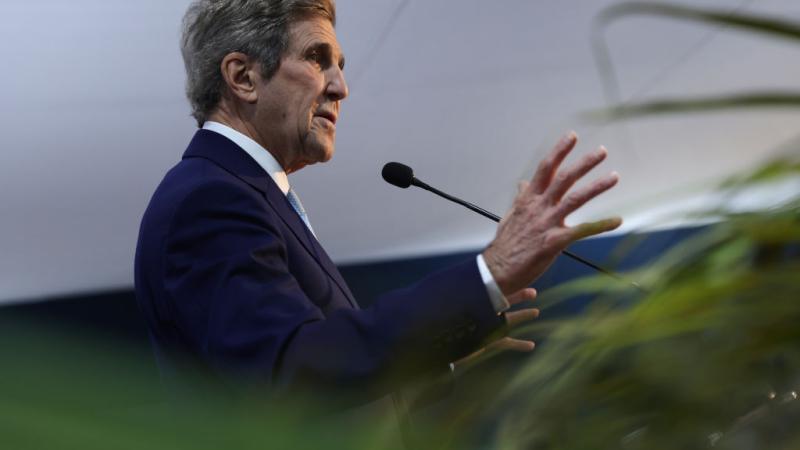