American warplanes on Thursday struck multiple sites of an Iranian-backed militia suspected of launching a rocket attack earlier this week on American and British troops.

"Earlier this evening, the United States conducted defensive precision strikes against Kata’ib Hizbollah (KH) facilities across Iraq," the Pentagon said in a statement to reporters. "These strikes targeted five weapon storage facilities to significantly degrade their ability to conduct future attacks against Operation Inherent Resolve (OIR) coalition forces. The storage sites included facilities that housed weapons that have been used against U.S. and coalition troops, the statement read. 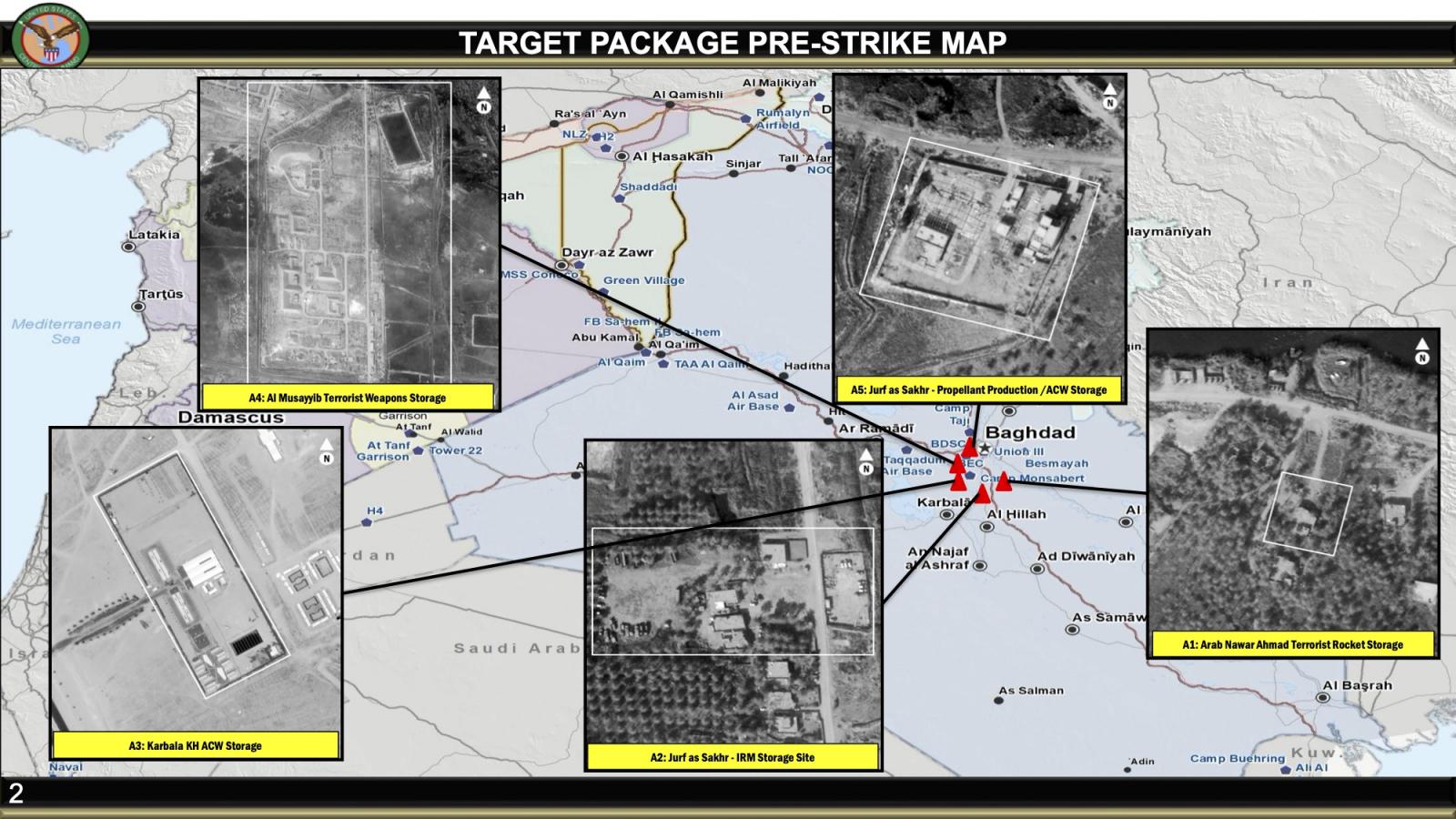 Multiple strikes hit targets in Iraq, a military official told Just the News. Among them are the Jurf Al-Sakher camp south of Baghdad, and other sites affiliated with Iranian-controlled militias, the official said.

The strikes were "defensive, proportional, and in direct response to the threat posed by Iranian-backed Shia militia groups," the Pentagon statement read.  “The United States will not tolerate attacks against our people, our interests, or our allies,” Secretary of Defense Dr. Mark T. Esper said.

“As we have demonstrated in recent months, we will take any action necessary to protect our forces in Iraq and the region.”

This was planned as soon as we confirmed who attacked us yesterday," the official said. "Once we got confirmation, we moved quickly."

The Shia militia is suspected of firing 30 Katyusha rockets on Wednesday at the Taji Base, wounding 12 and killing two Americans and one Brit. The attack occurred on the birthday of former Iran general Qasem Soleimani, who was killed in a U.S. drone strike earlier this year.