Bruce Ohr, the senior Justice Department official whose conduct in the Russia case spurred significant controversy, has retired after being informed that a decision on disciplinary action was imminent, the department announced Wednesday.

Ohr's decision will spare him any potential punishment for his role in providing information to the FBI about Christopher Steele's dossier at the same time his wife, Nellie Ohr, worked for the same firm as Steele — Fusion GPS, run by Glenn Simpson.

Congressional Republicans complained that the connection created a conflict of interest. Ohr said his bosses approved of the arrangement.

"Bruce Ohr retired from the Department of Justice on September 30, 2020. As such, he is no longer an employee of the Department," DOJ spokeswoman Kerri Kupec said. "Mr. Ohr retired after his counsel was informed that a final decision on a disciplinary review being conducted by Department senior career officials was imminent."

The new versions of the interview reports mostly confirm what was released in 2018 and 2019: Ohr alerted senior officials in the FBI to the existence of Steele's anti-Trump dossier in July 2016 and later kept the bureau informed about the ongoing dossier research after Steele had been terminated by the bureau as a confidential human source because of unauthorized contacts with the news media in November 2016.

The less redacted reports confirm Ohr warned the FBI that Steele was working with Hillary Clinton's campaign, that his information was raw and needed corroboration, that the ex-British spy was trying to defeat Donald Trump in the 2016 presidential race, and that he was talking to the news media.

For instance, the reports show, Ohr told the FBI:

Johnson said he released the new information immediately upon getting it so that voters could have transparency before the Nov. 3 election.

"For far too long information regarding the Democrats' attempt to sabotage the Trump administration has remained hidden from the public," the senator said. "Today, in an effort to be fully transparent, I am releasing these DOJ and FBI documents I recently received because the American people deserve to know the truth and have a right to see this information."

While the documents have more visible information than prior versions, they still contained some redactions in violation of Trump's order last week that he wanted all Russia case documents made public with "no redactions."

You can read the documents here: 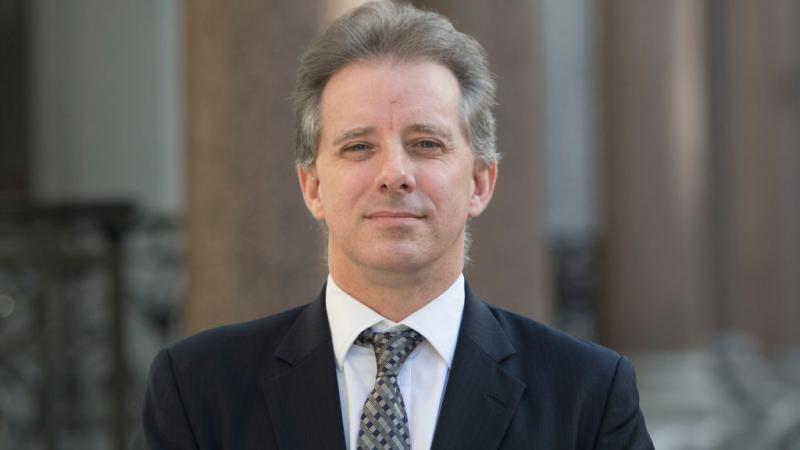