"We wanted to correct an error in the letter accompanying the subpoena," investigators on Democrat-led panel wrote the former NYPD commissioner's lawyer hours after Just the News reported investigators made a false accusation.

The Democrat-led congressional committee investigating the Jan. 6 Capitol riots acknowledged Tuesday it made an error in a subpoena that falsely accused former New York Police Commissioner Bernard Kerik of attending a secret meeting in Washington to allegedly discuss overturning the November 2020 election results on behalf of then-President Donald Trump.

The committee chaired by Rep. Bennie Thompson (D-Miss.) acknowledged the mistake in a communication to Kerik's lawyer just hours after Just the News reported that Kerik could not have attended the meeting in Washington on Jan. 5 as alleged in the subpoena because he was in New York City for a family emergency, according to his own phone and tollbooth records.

In a footnote to a transmittal letter accompanying its subpoena, the committee had attributed the allegation to a book by famed Washington Post journalist Bob Woodward. The book, however, made no such claim and did not even mention Kerik by name a single time in 482 pages, Woodward told Just the News on Monday night.

The subpoena also cited two Washington Post articles, which also did not claim Kerik attended such a meeting.

"In advance of our deposition of Mr. Kerik, we wanted to correct an error in the letter accompanying the subpoena that you accepted on his behalf," the committee wrote attorney Tim Parlatore in a communication that did not address its footnote attributing the allegation to Woodward's book but instead focused on one of the Washington Post articles.

"That letter indicated that Mr. Kerik participated in a meeting at the Willard Hotel on January 5, 2021, citing a Washington Post article dated October 23, 2021," the committee wrote. "The Post reports that Mr. Kerik was at the Willard around January 6 and that, according to Mr. Kerik, his firm billed the Trump campaign more than $55,000 for rooms. The article does not say that he was at the Willard Hotel on January 5th, specifically, as the Select Committee letter indicates. Nonetheless, the Select Committee still believes that Mr. Kerik has information about efforts to evaluate claims of election fraud and other matters relevant to its inquiry."

The admission of a mistake was the latest backpedaling Democrats in Congress have been forced to perform during their many efforts to investigate Trump dating to 2016.

Most recently, House Intelligence Committee Chairman Adam Schiff (D-Calif.), who also plays a key role on the Jan. 6 committee, was confronted on national television for reading into the congressional record in 2017 allegations from Christopher Steele's dossier that have since been debunked.

"You may have helped spread Russian disinformation yourself for years by promoting this," guest host Morgan Ortagus told Schiff on "The View."

"I completely disagree with your premise," Schiff fired back, while acknowledging Steele may have been misled by his sources. "It's one thing to say allegations should be investigated, and they were. It's another to say that we should have foreseen in advance that some people were lying to Christopher Steele."

Parlatore sent a letter Tuesday rebuking the Jan. 6 committee for the mistake, while also warning his client's ability to cooperate with the probe is affected by attorney-client privilege because Kerik worked as an investigator for Trump lawyer Rudy Giuliani.

"We knew from the time that we received the subpoena that this was a false allegation, as Mr. Kerik never participated in any such meeting," the lawyer wrote the committee, asking that its subpoena and press release be removed from public display on its website. "He wasn't even in Washington DC, as he was in New York dealing with a family medical emergency. ... While we knew at the time that the claim was false, we later found out that it was actually a fabrication."

"You can understand my concern where you send a letter claiming that the basis for issuing the subpoena is that you 'have revealed credible evidence,' of a provably false claim, citing two sources that do not support this false claim," he added. "If you were not personally responsible for this fabrication and false statements, then someone on your staff was and should be held accountable." 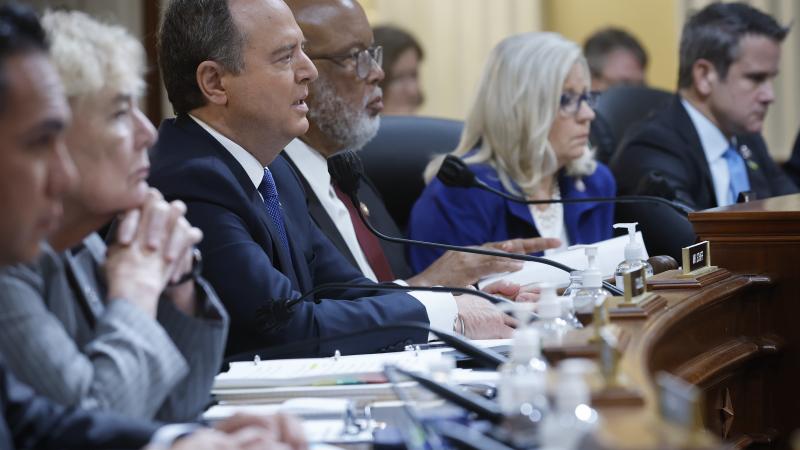