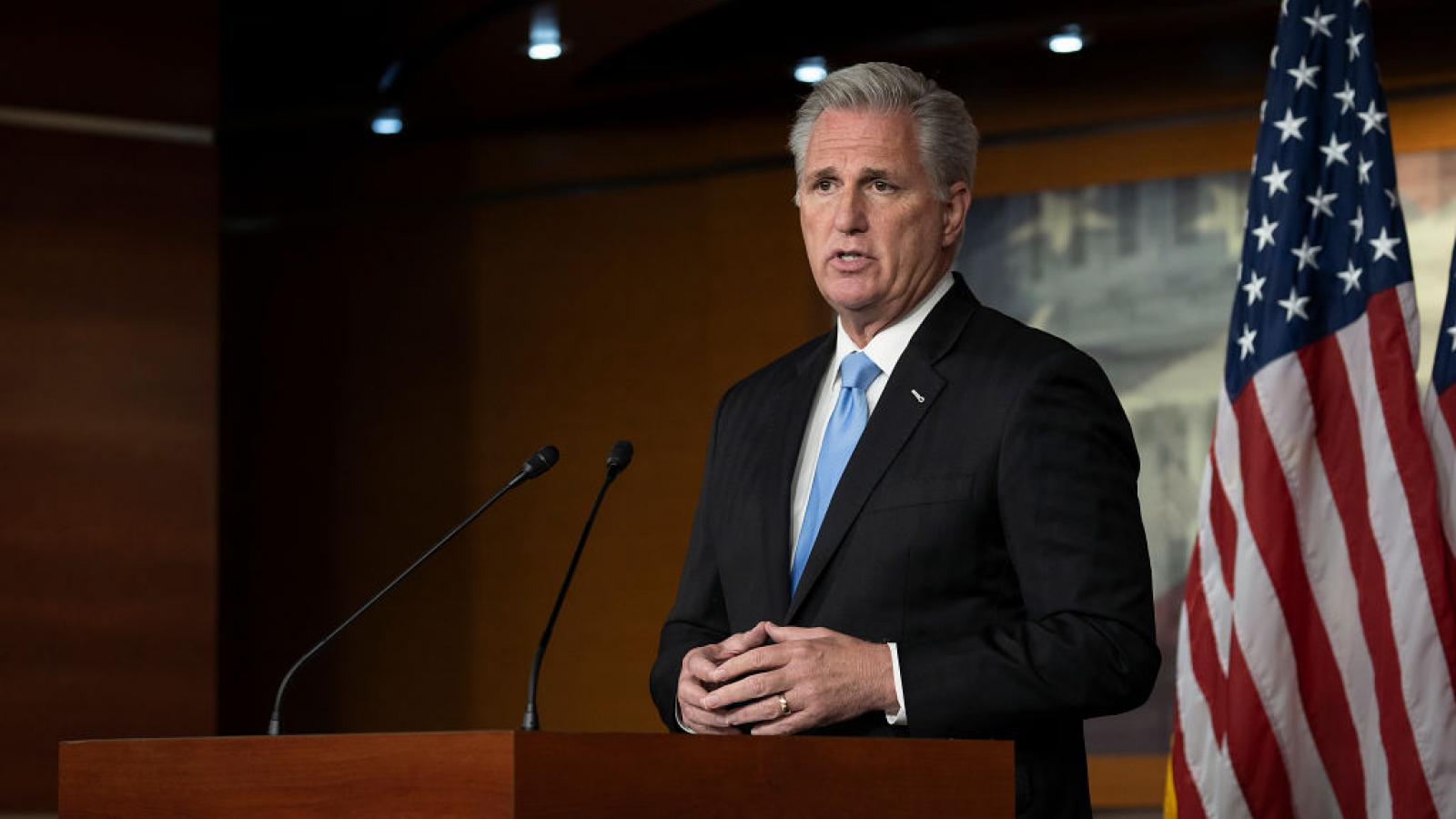 California Rep. Kevin McCarthy on Tuesday night handily won reelection as House Republican leader, during a closed-door, GOP caucus session in which the vote was held.

McCarthy ran uncontested and received a standing ovation from his fellow House members, according to the Associated Press.

Republicans lost control of the chamber as a results of Democrats' 2018 wave election. However, the party gained at least seven seats in the Nov. 3 election amid predictions and polling that suggested they would lose more seat. In additions, no GOP House member lost a reelection bid in the 2020 cycle.

Following Tuesday's meeting, McCarthy said House Republicans are "the most united and energized" he's ever seen them, following their "historic political upset."

Louisiana Rep. Steve Scalise was reelected as Republican whip, and Rep. Liz Cheney, of Wyoming, will again serve as the conference chairwoman.