Democrats are planning to hold a vote Thursday in the House on a resolution to strip the congresswoman from Georgia of her committee assignments. 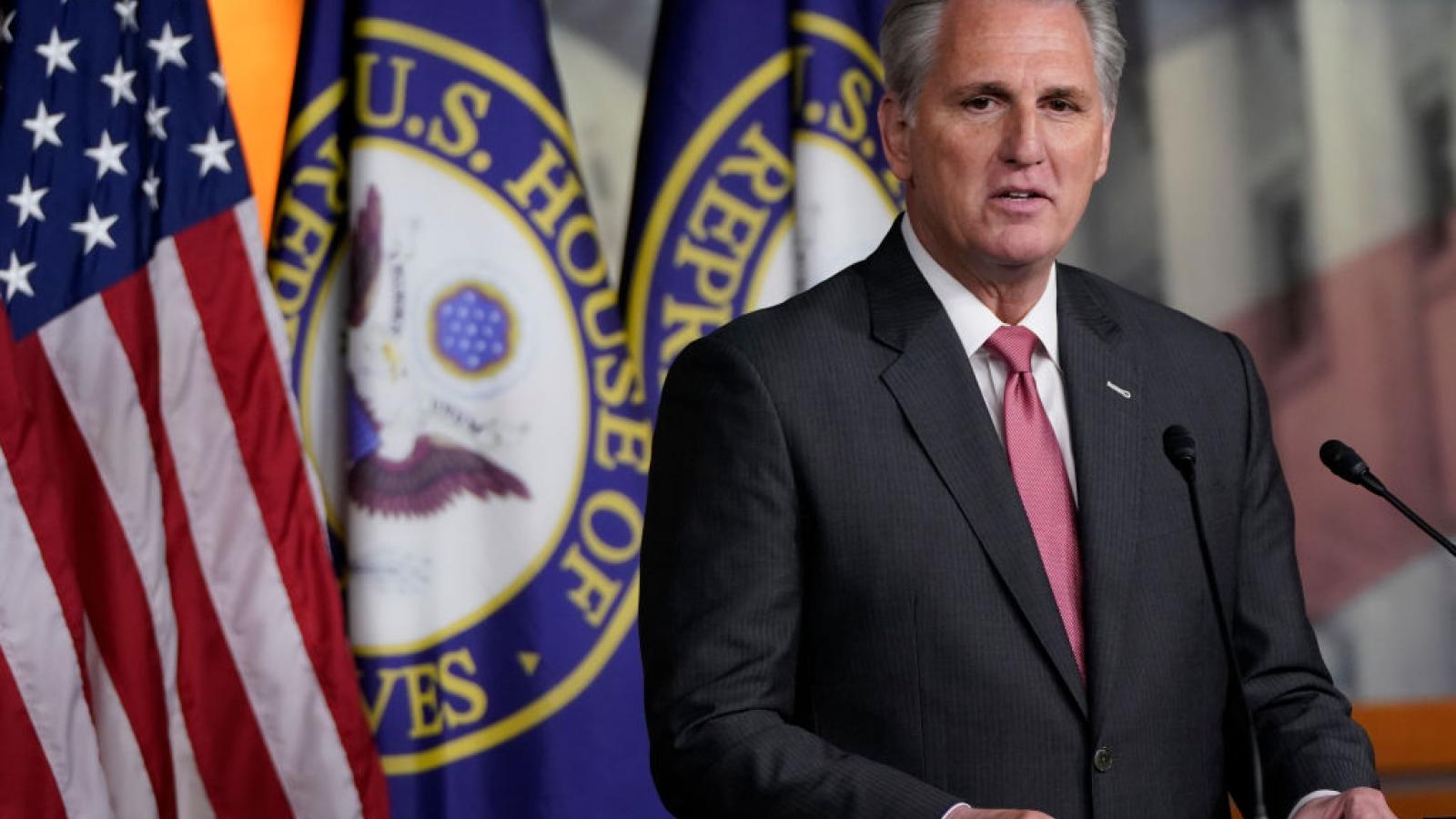 House Minority Leader Rep. Kevin McCarthy released a statement on Wednesday about Rep. Marjorie Taylor Greene that did not include any plan to strip the freshman lawmaker of her committee assignments.

"Past comments from and endorsed by Marjorie Taylor Greene on school shootings, political violence, and anti-Semitic conspiracy theories do not represent the values or beliefs of the House Republican Conference. I condemn those comments unequivocally. I condemned them in the past. I continue to condemn them today. This House condemned QAnon last Congress and continues to do so today," McCarthy said in the statement. "I made this clear to Marjorie when we met. I also made clear that as a member of Congress we have a responsibility to hold ourselves to a higher standard than how she presented herself as a private citizen. Her past comments now have much greater meaning. Marjorie recognized this in our conversation. I hold her to her word, as well as her actions going forward," McCarthy continued.

"I understand that Marjorie's comments have caused deep wounds to many and as a result, I offered Majority Leader Hoyer a path to lower the temperature and address these concerns. Instead of coming together to do that, the Democrats are choosing to raise the temperature by taking the unprecedented step to further their partisan power grab regarding the committee assignments of the other party," McCarthy said.

House Majority Leader Rep. Steny Hoyer said in a tweet on Wednesday said that the chamber will hold a vote Thursday on a resolution to strip the congresswoman from Georgia of her committee assignments.