Ryan's track record shows that he "lacks respect for the badge and all that it represents," the union president said.

The Columbus, Ohio, police union president criticized Democrat Rep. Tim Ryan, who is running for the U.S. Senate against Republican J.D. Vance, as being "unsafe" for the state and having an "ongoing problem" with police officers.

"Given Tim Ryan's track record of calling police officers the new Jim Crow and voting to eliminate qualified immunity, it's not [a] surprise that this is the way he carries himself around law enforcement," Columbus Fraternal Order of Police President Jeff Simpson told The Daily Mail on Friday.

"This trend of confrontational police encounters is not limited to his earlier years. Shamefully, this has been an ongoing problem with Mr. Ryan during his career in Congress," Simpson, who serves as union president for Ohio's largest city, said.

Ryan received a disorderly conduct citation in February 1995 after officials said he threw alcohol at police officers, the Daily Mail reported. Ryan, who was not yet a lawmaker, reportedly attempted to have his record expunged in 1999 but could not convince a judge he was "rehabilitated."

While serving in the House of Representatives in 2012, Ryan was arrested in Virginia for public intoxication, but the charge was dismissed.

In 2020, he falsely accused law enforcement of murdering Ahmaud Arbery, a black jogger who was killed that year by white private citizens.

Ryan's track record shows that he "lacks respect for the badge and all that it represents," Simpson said. "He's wrong for Ohio."

The union president tweeted the Daily Mail article with the caption: "Never Stop Fighting For What is Right!! Tim Ryan is UNSAFE for Ohio. Vote ⁦[J.D. Vance] for Ohio!!"

Vance and Ryan will face off this November to replace outgoing Republican Sen. Rob Portman. 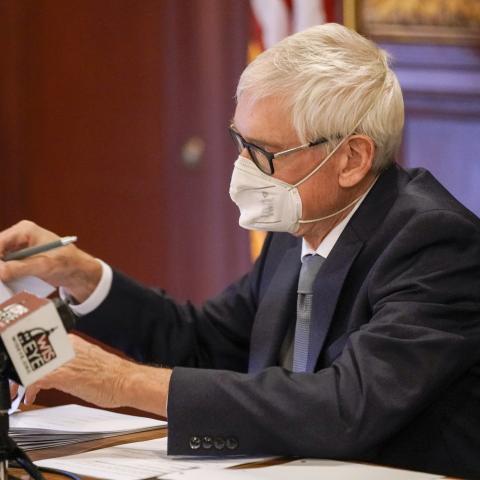