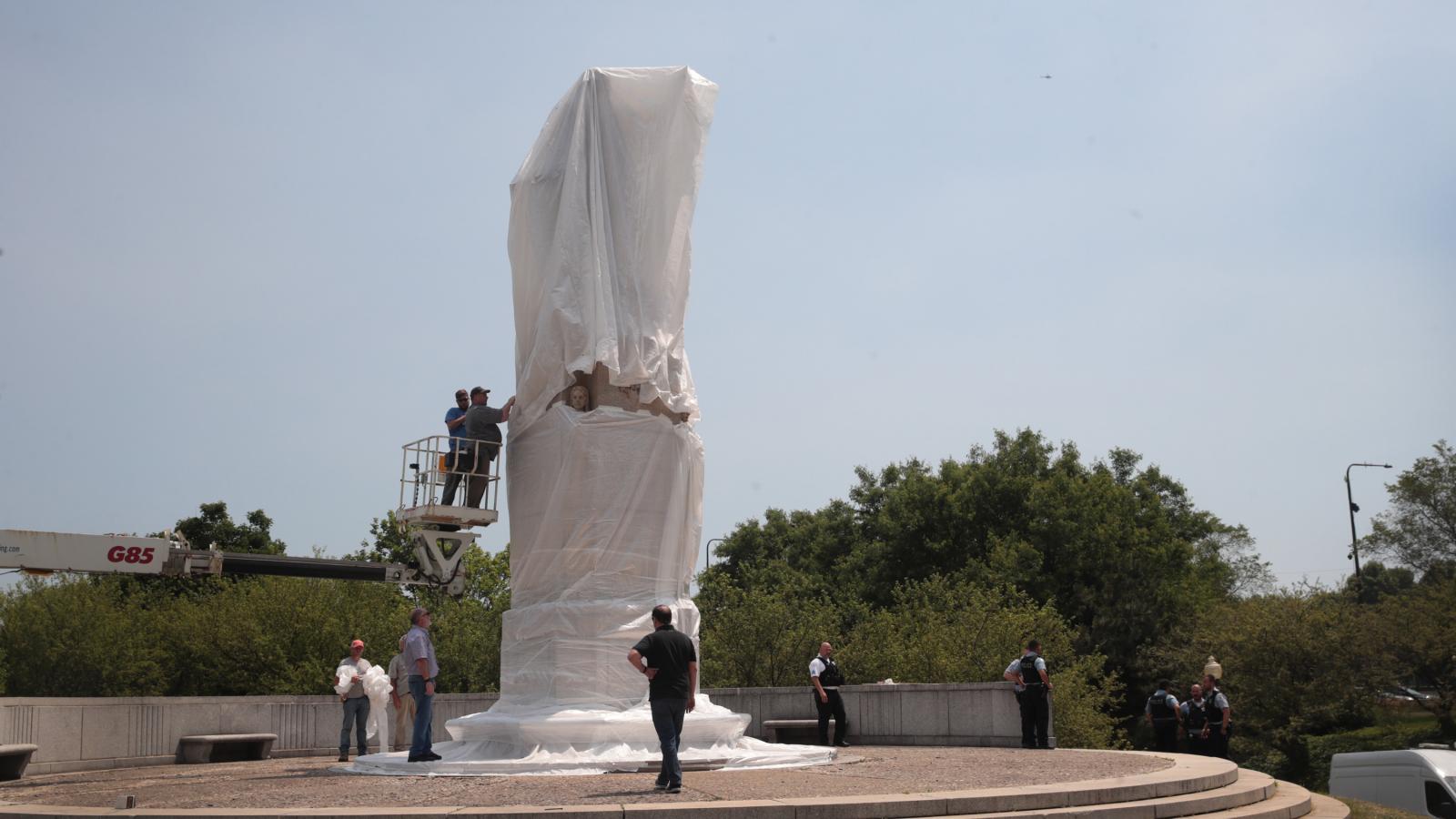 Police deployed pepper spray on crowds, which eventually dispersed, according to WLS-TV, the ABC affiliate in Chicago.

Protesters set off fireworks and hurled bottles and soda cans at police, injuring some officers, the station reported.

The Chicago Fire Department says that at least four members of the crowd were also injured and taken to a hospital, none seriously.  Several arrests were reported.