Former ambassador Michael Oren says a Biden White House would also likely slow the pace of Middle East peace deals, saying, "They will not evolve probably as swiftly as they could have, if the United States were an active partner."

Former Israeli ambassador to the United States Michael Oren said this week that under a Biden administration "tens of billions of dollars" would fund Iranian terror, if economic sanctions were lifted through U.S. re-entry into the Iranian nuclear deal.

A Biden White House would also likely slow the march of Middle East peace deals facilitated by the Trump administration, Oren told the "Just the News AM" television program.

Iran has experienced sharp economic pain after President Trump pulled the United States out of the Iranian nuclear deal negotiated by former president Barack Obama and resumed economic sanctions against the Shia Muslim theocracy. Oren said the flow of money back to Iran would restart under a Biden administration.

"The [former] vice president has said that, and the the potential vice president, Senator Harris, has said that as well, that they would renew the Iran nuclear deal," Oren said. "They may see some strengthening of that deal in certain ways, but they've basically gone on record and said that they would renew the deal if Iran ceases enriching uranium beyond the levels that were established by the deal. But that's a no-brainer for Iran, it can go back to the levels that are permitted under the Iranian regime, in which case the sanctions will be lifted and Iran would receive tens of billions of dollars — not just in sanction relief, but in contracts, shipping contracts from European businessmen, which in view of the American sanctions, have been reluctant to do business with Iran."

Oren said he estimated that 90% of those "tens of billions of dollars" would flow directly to terrorism that would be targeting Israel.

"During the years of the Iran nuclear deal, before sanctions were reimposed, Iran didn't build hospitals, it didn't did build schools," said the author-diplomat. "It increased its support of terror by billions of dollars, buying tens of thousands of rockets which are aimed at Israel, trying to subvert and overthrow a pro-American, pro-Western government in this region. Huge swaths of the Middle East were conquered by Iran, using both the wealth and legitimacy provided to Iran by the Iran nuclear deal. There's every reason to assume that Iran will go back to doing exactly the same thing."

Oren did not specifically mention sectarian divides, but the countries who have signed peace agreements with Israel under Trump's tutelage are predominantly Sunni, while Iran is predominantly Shiite. Oren said that if Democrats retake the White House and Senate, that might compel Sunni Arab countries like United Arab Emirates and Bahrain, which have signed peace deals with Israel, to ally with Israel against Iran "because Iran will be greatly empowered and enriched, should the United States go back into the nuclear deal."

"And so we're gonna have to all stick together and form that united front against Iran," Oren said. "On the other hand," he added, "if the United States is not investing heavily in the commercial, in the financial and industrial parts of these bilateral relationships, then they will not evolve probably as swiftly as they could have if the United States were an active partner."

Earlier this month, Israeli Prime Minister Benjamin Netanyahu pointedly declined an invitation by President Trump to criticize Biden during a ceremony to announce a U.S.-brokered peace deal between Israel and Sudan.

Netanyahu replied: “Well, Mr. President, one thing I can tell you is we appreciate the help for peace from anyone in America. And we appreciate what you’ve done enormously.”

Watch: 'Just the News, No Noise' with former Israeli Ambassador to the U.S. Michael Oren 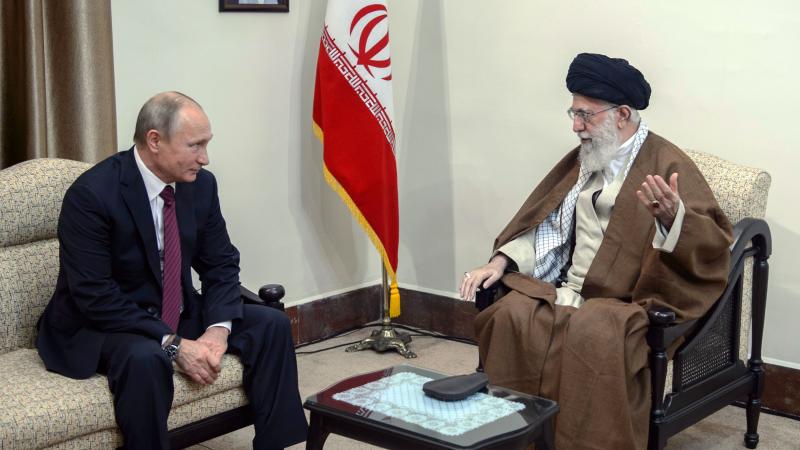