Last week, a judge denied a request from the union to put a hold on Democratic Gov. Charlie Baker’s vaccine mandate for troopers.

Dozens of Massachusetts state troopers have submitted their resignation papers as a result of the state's COVID-19 vaccine mandate, a union official says.

The state is requiring all executive department employees to show proof of vaccination by Oct. 17 or risk losing their jobs, according to a CBS-TV affiliate in Boston.

Roughly 20% of state police employees are not vaccinated, said an attorney for the union, the State Police Association of Massachusetts.

Last week, a judge denied a request from the union to put a hold on Democratic Gov. Charlie Baker's vaccine mandate for troopers.

The union said following the judge’s decision that troopers are asking that a COVID-related illness be treated as a "line of duty injury," as other state agencies have done for their workers and suggested alternatives to the vaccine including mask wearing and mandatory testing.

"To date, dozens of troopers have already submitted their resignation paperwork, some of whom plan to return to other departments offering reasonable alternatives such as mask wearing and regular testing.

"The State Police are already critically short staffed and acknowledged this by the unprecedented moves which took troopers from specialty units that investigate homicides, terrorism, computer crimes, arsons, gangs, narcotics, and human trafficking, and returned them to uniformed patrol," reads the response.

Multiple counties in Maryland float plan to secede from state 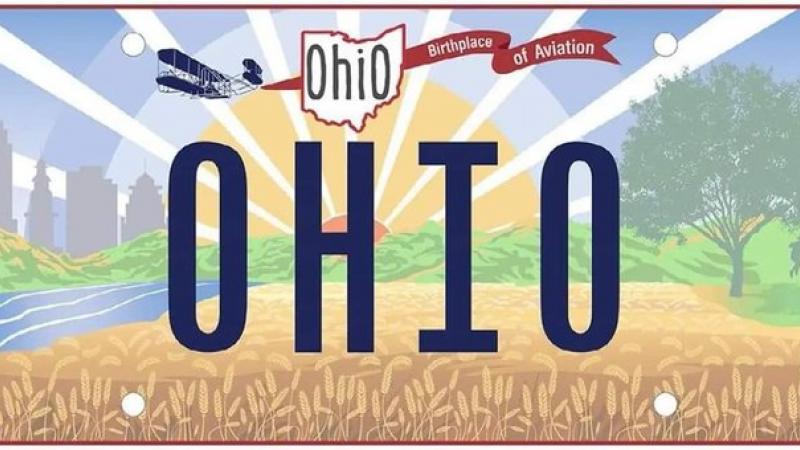 Back to the drawing board: Ohio debuts Wright Brothers license plate with backwards plane