'It’s just like a fire extinguisher in your house,' gun advocate Rev. Kenn Blanchard said. 'You are responsible for your own safety.'

As pockets of anti-law enforcement activists demand that jurisdictions strip funding from police departments, ordinary citizens around the country assert that they are resorting to self-defense, and are buying weapons.

The assertions come amid a nationwide spike in personal weapons sales. In June, the FBI checked the backgrounds of 3,931,607 potential gun buyers, according to the Bureau. In the same month, Americans bought 2,387,524 guns, reported Small Arms Analytics & Forecasting (SAAF), an industry research and consulting group.

“The demand has absolutely exploded beyond anything we have seen over the last 20 years,” said Jurgen Brauer, chief economist for SAAF.

“If you walk into a firearms store, they will not ask you the reason for buying a firearm,” he said. “There are small nonscientific anecdotal reports, though. Primarily it’s a security concern where people are not sure if public security is available while they are on lockdown.”

Individual gun owners echoed and expanded on that explanation.

“I saw what happened in Seattle, when police couldn’t get into the protest zone,” said single mother Kathleen Morrison, citing alarm over violent crimes inside the now-dismantled Capitol Hill Organized Protest zone (CHOP). “I thought, what if that happens here,” where she lives on the opposite end of the country, in Virginia. “I signed up for lessons, and I bought a gun.”

So, too, did a military veteran who lives in Maryland, where the process to buy a firearm is more cumbersome.

“I never felt a need to have a weapon until COVID, and even then, I didn’t buy one,” said the veteran, who grew up around household weapons in the Midwest. “Then the riots hit. The police weren’t doing anything about it. If the police weren't stopping people from breaking into businesses, I figured home break-ins were next.”

Two weeks ago, the veteran took a firearms class, the required first step for buying a gun in Maryland. When the state-mandated waiting period is over, he plans to buy a pistol.

Concerned citizens have flocked to one longtime African-American gun advocate, asking for help and advice.

“I get calls every day from church friends, old friends, asking to go to the range,” said Rev. Kenn Blanchard, who has a podcast, Black Man With a Gun. “People are concerned about their safety.”

The trend began decades ago, he said.

“It’s been an increase since Y2K,” Blanchard said, referencing fears about social instability in the lead-up to the year 2000. “That’s when it first started. Every tragedy after that, every war and conflict and incident, has caused people to think, hmm, maybe I should buy something.”

The demand went up when people went into pandemic quarantine, Brauer said.

Added Blanchard: “And then the riots hit.”

Both Morrison and the veteran said they only are focused on personal safety.

“I don’t want to use my gun ever for anything but going to the range,” Morrison said. “But I want to know if I need it, I have it.”

“It’s just like a fire extinguisher in your house,” Blanchard said. “You are responsible for your own safety. You have to hold things down. You may have minutes, hours, or days. You can't put out a fire with harsh words. You have to have a show of force.”

The advice applies to everyone, he said.

The Maryland-based veteran said that 40-50 people took part in the firearms class he attended. Many were women, he said, and were first-time gun owners.

“Everybody felt like we needed protection,” he said. “Before, we all took for granted that cops would come when you need 'em. Now, we don’t take that as a given.”

In early August, the FBI will release background check statistics for July. 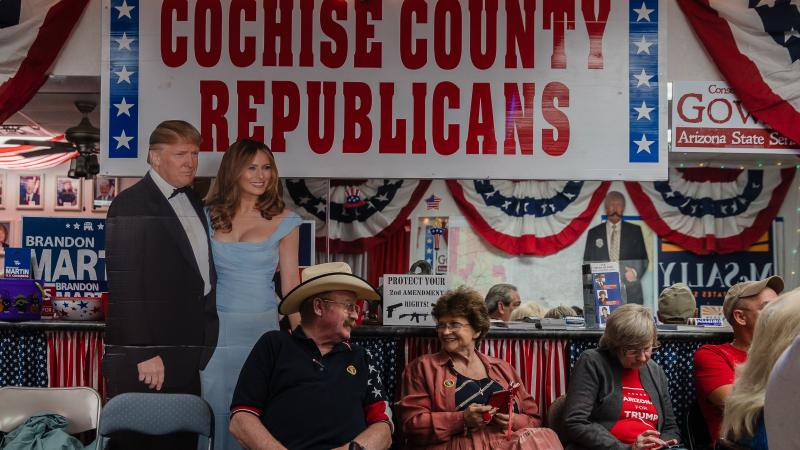