Rep. Darrell Issa: Border crisis is being contrived, CBP and ICE told to 'stand down'

The border crisis continues to get worse in California as even the San Diego Convention Center is being used to house illegal immigrants. 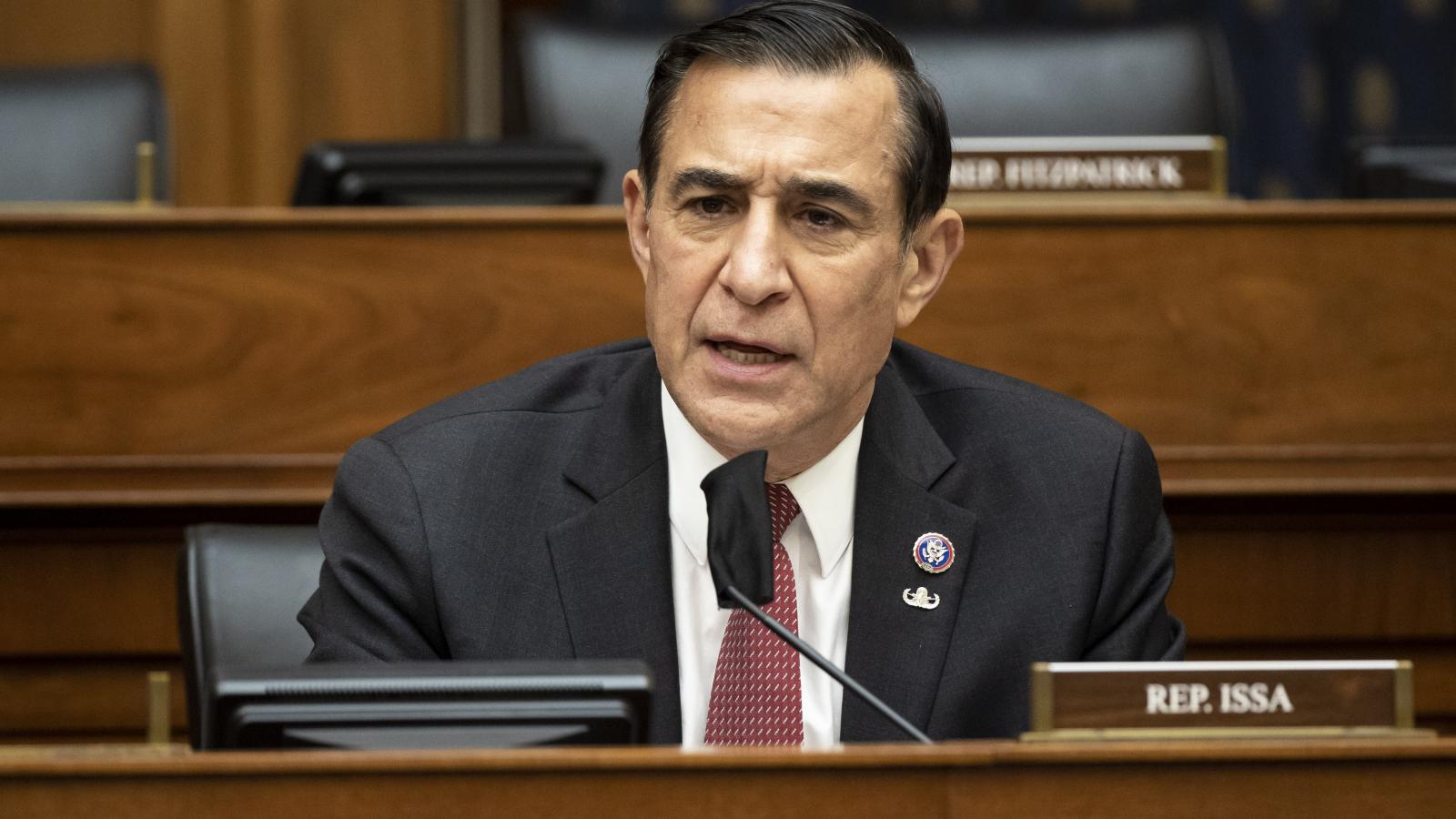 The border crisis is having a significant negative impact on California, according to Rep. Darrell Issa (R-Calif.), who has called "catch and release" a "farce," given that both Border Patrol and U.S. Immigration and Customs Enforcement (ICE) have been told to release illegal immigrants without giving them a court date.

"I think in California, where we have the largest population of people who are, quote, 'undocumented immigrants,' we are acutely aware of what the legacy costs are of the operations of MS-13. The drug trafficking and the crime that goes with it all is part of an uncontrolled border," Issa told the John Solomon Reports podcast.

"We also have the largest, if you will, immigrant labor population," said Issa. "California lives and feeds America with lettuce and tomatoes, onions, garlic — you name it — anything that's in a salad bowl, you're more likely to get it from California than anywhere else. But you can't justify the need for lettuce, and the complete ignoring of the safety of your citizens. And that's what has been happening since the end of the Trump administration."

Issa explained what he learned from Border Patrol and ICE regarding "catch and release."

"I talked to the Border Patrol and ICE agents and their union representatives, and they have been literally told to stand down," said the lawmaker. "At this point, what we used to call 'catch and release,' which was catch, give somebody an order to appear, and release — they're not even giving them the order to appear. So the whole idea that you catch somebody has become a farce because they're being released."

Unaccompanied minors are being handed over to adults in the U.S. that may be human traffickers, Issa said.

"And then what is the saddest is these unaccompanied minors, they're being released to people who they allege are family members, or people who have a phone number," he said. "These are clearly, in many cases, people who are being trafficked.

"And when you see a 14-year-old girl with a phone number in her pocket, and you're releasing to somebody without even verifying that they are legally in the country, there's no question at all you may be releasing to somebody who's going to abuse or use that child, and you're doing so with the full faith of the American people theoretically behind it. And that's what's happening under the Biden administration."

Issa was asked about his thoughts on the San Diego Convention Center being used to house illegal immigrants. "Well, it's a bad idea because the convention center is an economic producer for the area and because of our governor's lockdown, it's producing nothing," he replied. "And so they said, 'Well, it's available. Let's use it like a great hotel.' Well, the reality is there's no such thing as 'temporary' in a permanent problem.

"Right now, the onslaught coming over the border is growing, not shrinking. The use of the convention center will not be temporary, it will be long-term. And the ability for that facility to safely handle and isolate people doesn't exist."

"As matter of fact, if you take a look at a typical convention center with its very large, open rooms, and an absence of, if you will, a filtration system, what you really have is a COVID generating facility designed almost to be an incubator for disease," Issa said.

"And so we have a number of reasons in this pandemic — we're not testing these refugees/immigrants, we're letting them go and/or now housing them this way. And this, by the way, in a city where our homeless population of citizens is growing very, very quickly. And right now we have those citizens in tents. So you look and say, 'Do we have the resources to take care of our own homeless?' No. Are we going to put people in an unsafe environment and call it temporary? Yes."

"And lastly, of course, is, we're only finding a way to encourage more of this wrongful behavior from South and Central America, where, not since the 1849 Gold Rush, have there been so many people coming to California, in search of opportunity — an opportunity that is going to be a false opportunity if we can't control our borders."

Issa also mentioned that the lack of transparency with regard to the border crisis is even being noticed by the mainstream media.

"Lastly, transparency — and that's probably my greatest disappointment," said Issa. "I knew Joe Biden as the vice president. He supported legislation that was designed to create and grow transparency. This administration has gone into such a lockdown that even CNN and MSNBC are wondering when they're going to get to look at these facilities, these 1,000-plus unaccompanied minors that are sitting in what AOC called cages.

"They're not able to see them or video them, because, in fact, there's no transparency. That's the reality we have. And so I think, looking at your four pillars, the most stunning one is the last one, the fact that the press is not holding this administration accountable for any level of transparency, even something that they're calling a 'challenge' that I heard them slip on CNN the other night, and call it a 'crisis.'"